Bella and Tarra had an amazing interspecies friendship that lasted 8 years. Tarra the elephant became best friends with Bella the dog at the Elephant Sanctuary in Tennessee over a decade ago. Bella wandered onto the 2700-acre sanctuary as a stray and called it home.

“Bella lived on her own as a stray in the Sanctuary area for who knows how long before she and Tarra found one another,” wrote the Elephant Sanctuary on their YouTube channel.

One day Bella met Tarra and the rest was history. The pair became inseparable. They played together, ate together and often slept in the same barn.

According to the Sanctuary, Bella trusted the 8,700 pound Asian elephant so completely she let Tarra stroke her stomach with her foot and caress her with her trunk. 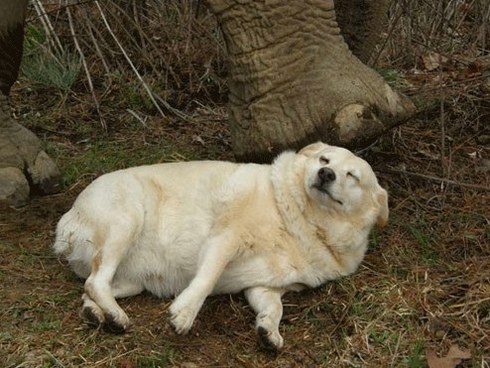 In 2010, Bella suffered a severe spinal chord injury, most likely from an awkward twist while running or jumping. Bella couldn’t walk or even wag her tail. Tarra wouldn’t leave her friend’s side for the three weeks. The elephant stood right outside the sanctuary office where Bella was recovering.

“She just stood outside the balcony – just stood there and waited,” co-founder Carol Buckley told CBS. “She was concerned about her friend.”

Then one day, while Bella was recovering, sanctuary co-founder Scott Blais carried Bella onto the balcony so she and Tarra could see each other. “Bella’s tail started wagging. And we had no choice but bring Bella down to see Tarra,” Blais said.

Tragically, in 2011 Bella was believed to have been killed by coyotes. Tarra found Bella’s body and carried her to the barn where they often spent time together. Robert Atikinson, the CEO of the sanctuary said at the time, “The idea that she couldn’t leave that body and brought it back home is just heartbreaking, but so inspiring.”

After Bella’s death the other elephants helped Tarra grieve. Atikinsosn said the elephants spent more time with Tarra and were extra nice and made gestures like giving her a portion of their food. 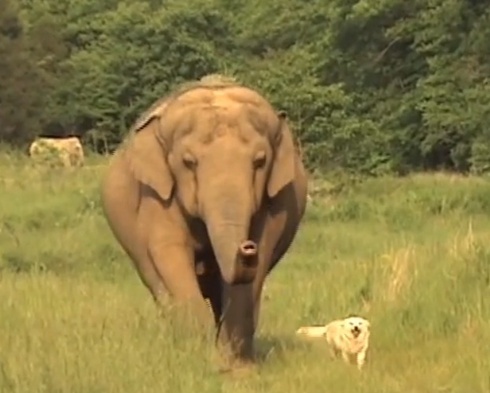 Tarra now spends her time with her elephant friends. The elephants are all retirees and rescues from circuses and zoos. They sanctuary shared on their YouTube Channel that “Tarra is doing well, she and Shirley have become much closer over the past couple of years. We often see them together on our elecams.”

Reflecting back on Tarra and Bella’s friendship they said, “A friendship between a little stray dog and an Asian elephant is certainly unusual, and we can’t say why they seemed to relate so well to one another…but they did, and their story of friendship is awe-inspiring.”

In memory of Bella and Tarra’s friendship, the Elephant Sanctuary established The Bella Fund – a memorial fund to honor Bella’s life here at The Sanctuary and her friendship with Tarra.