When Pia first saw Hercules lying in the street his eyes weren’t shining – he had given up on living. He was so skinny and frail that she cried, she couldn’t believe no one had stopped to help him. 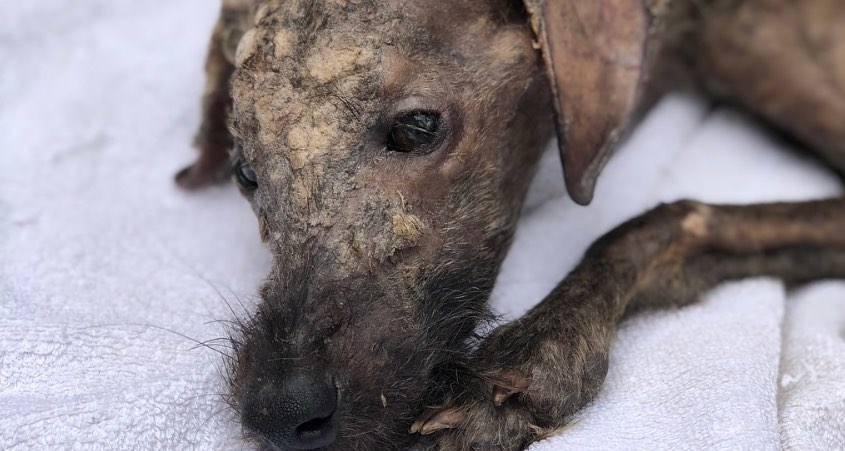 Pia brought him home and gave him water every three hours, but he did not want to eat and lost two pounds in the first few days.

But like the mythic Hercules, the little dog refused to give up and Pia could tell he was fighting to live. She nearly lost him on two occasions, but Hercules continued to fight.

He was so skinny and frail he couldn’t stand up. So it’s no wonder that his rescuer cried like a baby when he took his first steps.

Slowly but surely his eyes began to shine and although Pia had intended just to foster Hercules, she couldn’t part with the dog she had rescued.

His recovery is truly miraculous!

Watch Hercules amazing rescue and recovery in the video below.

Hercules was rescued just before Christmas in 2017. No wonder she calls him her Christmas gift!

Man Rescues Drenched Dog He Finds On Doorstep During a Rainstorm