With winter weather taking a nasty turn in many parts of North America, it’s important for dog lovers to be vigilant of dogs at risk from being left out in the cold.

Many states and provinces do not allow dogs to be left out in cold weather without adequate shelter, food and water. Yet every winter there are dogs who die from exposure to freezing temperatures. This news story is such a good reminder to keep a look out for pets left out in the cold. If they are without adequate shelter let authorities know right away so something can be done!

Denver Police credited Twitter users with helping rescue a dog stuck outside on a cold, snowy weather in Denver. The dog was curled up on the porch of his home, lying in front of a sliding glass door. The Husky was covered in snow from a storm that has brought sub-freezing temperatures and snow fall throughout the city. 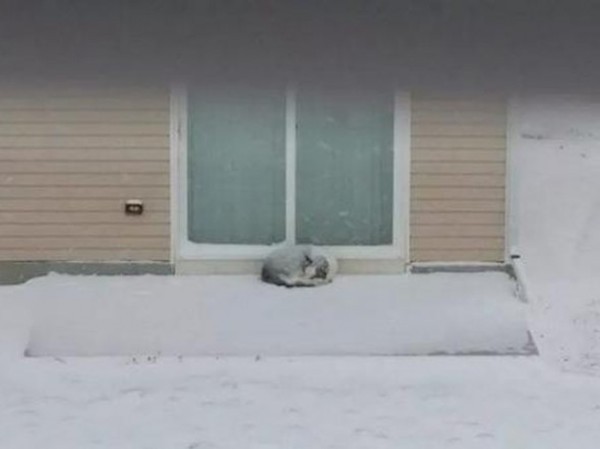 Tonee Lawrence tweeted the picture and addressed it to a local news station and to the Denver Police. The photo was captioned with: “What can we do? Called 311 & animal control, owners aren’t home”

Concerned animal lovers immediately began to retweet the picture and 7News received the address for the dog’s home from Tonee, which they passed on to police. Denver police tweeted 40 minutes later:

“UPDATE – DOG OUTSIDE- Animal control advises they are aware of the dog (husky) and address. Dog has shelter avail – chooses outside (breed).”

That’s when another person in the neighborhood challenged that the dog had adequate shelter and tweeted the following photo with the caption:

“@DenverPolice upside down dog house how is it shelter?? Dog can access it??” 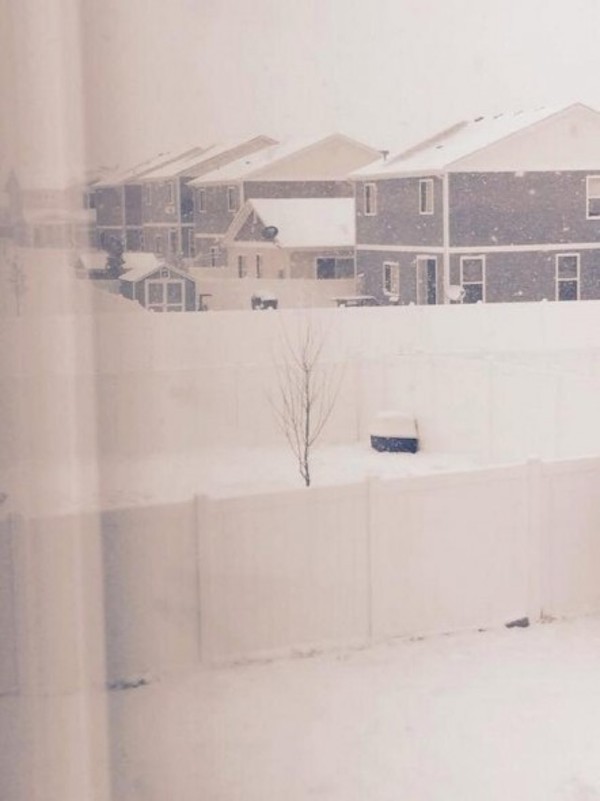 Thankfully, within the hour Denver Animal Control went out to the dog’s home and convinced the owners to let the dog inside.

“UPDATE- DOG OUTSIDE animal control advises they spoke to homeowner who brought dog inside.”

CBS Denver reported that people that do not adequately shelter their pets could be charged with animal neglect, fined up to $1000 and possibly even a year in jail.

For more tips on what to do if you see a dog left outside in the cold, read our our article here.

This article first appeared on DogHeirs.com on Nov 13, 2014.