The Dunn County Humane Society says it is the worst case of animal abuse they have ever seen – a dog so starved he could hardly stand up. The Wisconsin shelter is looking after the emaciated dog after a deputy with the Dunn County Sheriff’s office found the dog abandoned on the side of the highway.

“He was barely able to stand, let alone walk,” Jamie Wagner told CBS Minnesota. “He was having a hard time breathing.”

The dog weighed a mere 23.5 pounds – less than half of what he should weigh. 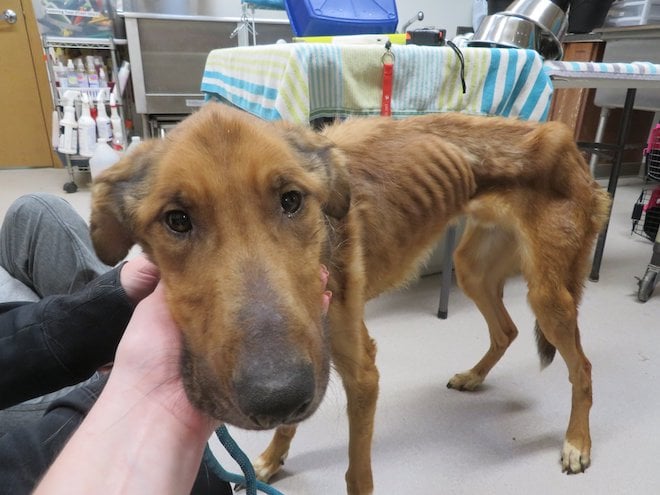 The shelter has named the dog “Gabriel” after the archangel from the Bible and guess that he is around 2 years old. They have no idea what breed he is. It’s also not known how Gabriel arrived at the highway and in the condition he was in.

The Humane Society is reserving judgement that Gabriel’s case is one of neglect, but says that the Dunn County Sheriff’s Office and Dunn County Crime Stoppers are conducting an ongoing investigation and are asking for help in identifying Gabriel’s owner.

Wagner, who works as the kennel manager at the Dunn County Humane Society, did indicate that Gabriel did not have any of the tell-tale signs that he was a stray. “He didn’t have any burrs on him, he didn’t have any ticks on him. Like I said, he could barely walk, so he wasn’t out running, fending for himself,’ she told the news station. Wagner also noted that Gabriel smelled as if he had been living at a hoarder’s home.

Regardless of Gabriel’s back-story, the shelter is now concerned with getting him back to health.

“We continue to work tirelessly to ensure that he pulls through,” they write on Facebook. “This includes continued, thorough care and evaluation by experienced veterinarians and staff at our no-kill shelter. As of right now, Gabriel is doing well and staying warm in his pajamas.” 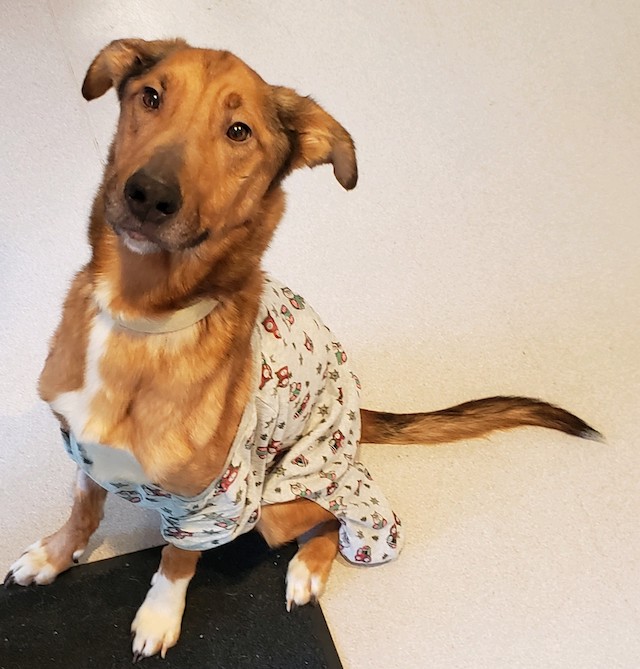 Gabriel has already made a dramatic recovery in just a few days, and the Humane Society plans to nurse him back to health over the next few months. They say his sweet personality is beginning to emerge as he gets his strength back. “He’s a fighter, and, you know, he still has lots of life left in him and he’s not giving up,” said Wagner.

Although the shelter has already received adoption requests, he won’t be ready to go to a forever home for a while yet.