A severely matted dog found crying for help on a porch of a Detroit home is recovering thanks to a kind resident.

The bedraggled small dog is now in the care of Detroit Pit Crew after they received a call from the Good Samaritan. 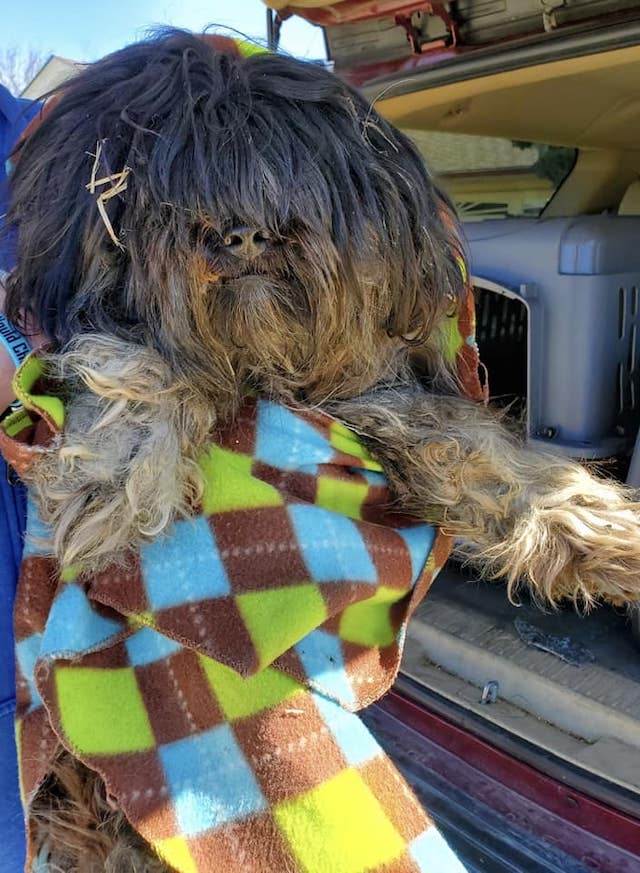 Although COVID-19 has affected their operations and they are taking necessary precautions, Detroit Pit Crew said they are not completely shut down as their emergency responders continue to rescue stray dogs in desperate need of help. 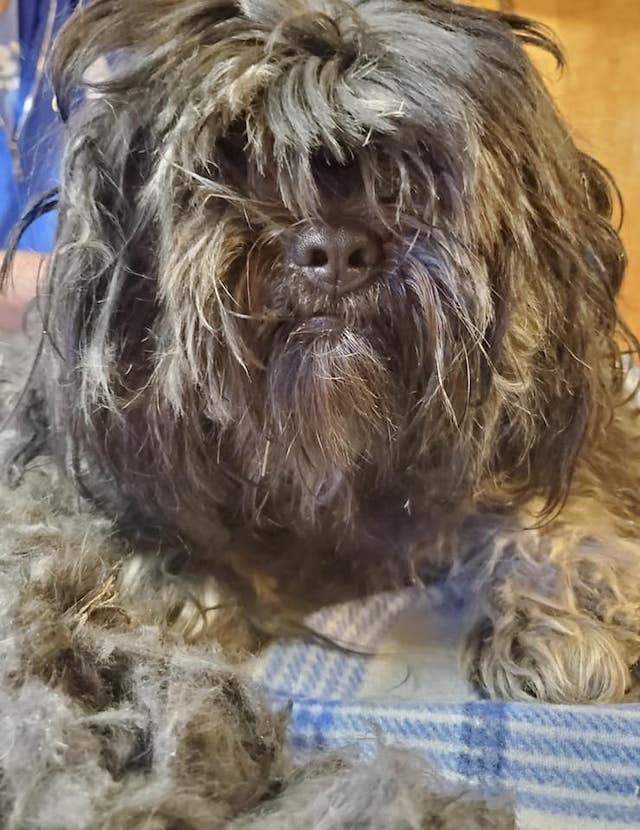 This poor little dude was found early this morning in Detroit on someone’s porch crying for help. Thankfully a very kind resident heard his cries and brought him inside. He is extremely matted and appears to have been out on his own for a while.” 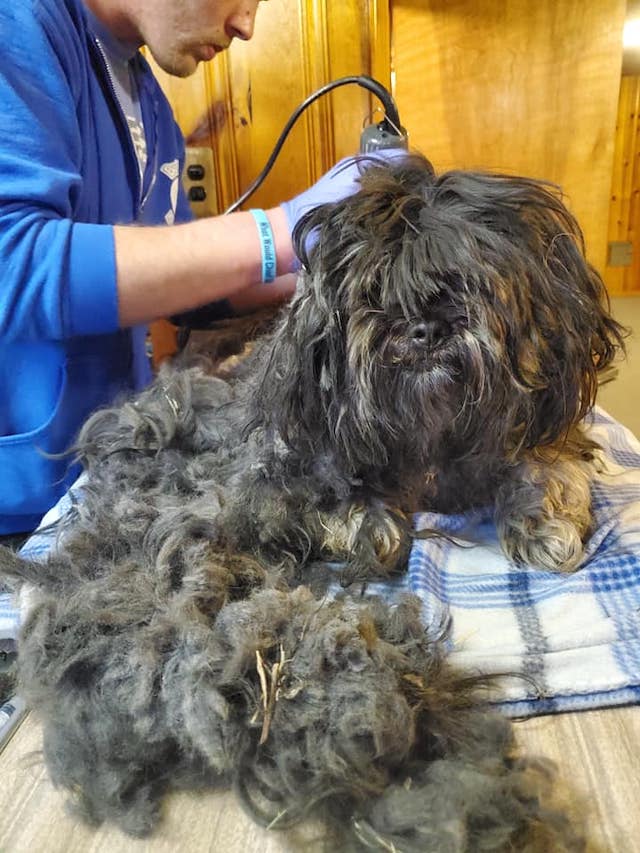 After bringing the dog to their shelter they enlisted the support of Chief Animal Control Officer Brian Pylar (who also manages a grooming shop called Bubbles n Barks) to help the dog they named Luigi. He helped arrange for Luigi to get a “spa treatment.”

Luigi’s hair was so matted that it needed to be shaved off.

“This poor guy has been wandering the streets of Detroit severely matted with fecal matter and urine stuck in his fur,” Detroit Pit Crew wrote. 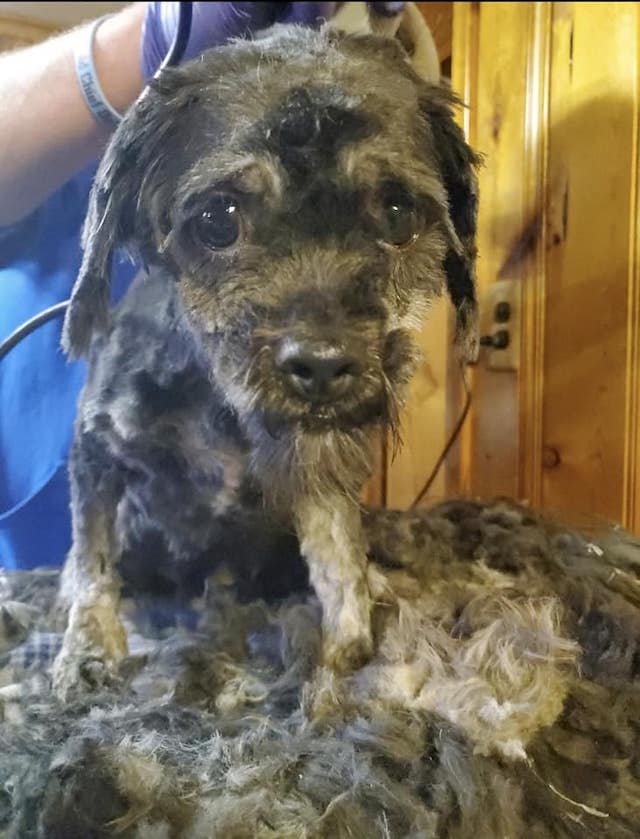 But after shedding almost 3 pounds of matted fur, rescuers proclaimed, “There is a dog living under all that hair!” Luigi will be headed to the vet hospital next for a health check.

Luigi’s sad expression tells the story of just how neglected this poor fellow was, but his rescuers reassure everyone “better days are definitely ahead for this sweet boy.”