“This is my sweet Coda. She is the love of my life and I am blessed that she chose me to love. I was on my way to visit my boyfriend last July taking the normal way I had gone every time.

“There is a short cut road that I take which cuts through a wooded area. The road is barely big enough for two cars to pass each other. I was mid way up the road when I noticed cars had stopped. I thought ‘Oh great! Someone is broken down! Now I am gonna have to back down the road!’

“That’s when I noticed what looked like a fox running between the cars. A van was behind the dog and basically was behind it making it run up the hill. This poor dog was so afraid it was zig zagging across the road. I thought there was no way I could drive by!”

“I stopped and got out and tried to get the poor thing to come to me. A young man pulled up behind me and he tried to help. I knelt down and called the dog and it made a b-line straight to me. I picked her up and went to my boyfriend’s.

“The dog was a female who had recently had puppies. I went back down the road where I found her when I was going home two days later to see if there were missing dog signs [posted]…which there weren’t! There was no logical way she would have been on this road unless she was dropped off there!

“I made an appointment with my vet and took her to get checked out. She did not have a microchip nor did she have a collar on the day I found her. Secretly, I was happy because I had become attached and had named her Coda after Batty Coda from FernGully movie. This was because of her ears looking like the bats. LOL! 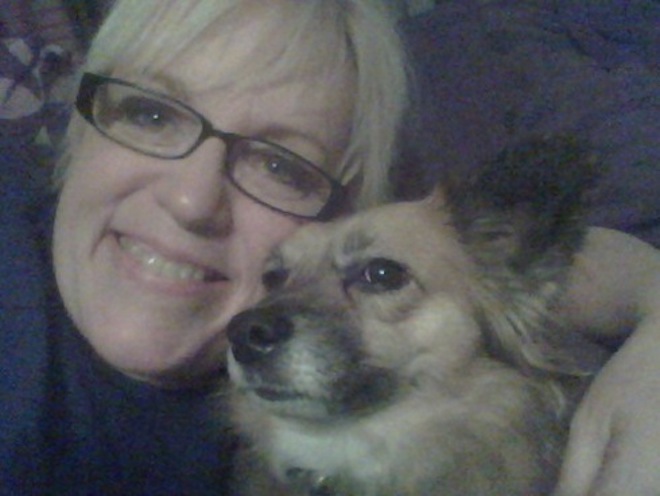 “I think that I was meant to be on that road that day at that time because we were meant to find each other.”

Rescue dogs are family. Dogs who are rescued never forget the humans who saved them. We are highlighting heartwarming stories of dogs saved from dire situations and then cherished as invaluable family members. Enjoy! ~ The DogHeirs Team

Did you rescue your dog? If you’d like to share your rescue story, sign up to become a member of DogHeirs and share your story here on DogHeirs.com. Make sure you add photos and tag your photos and article ‘Rescued dogs are family’.

You can also email your photos and stories directly to us under the Subject “Rescue dogs are family” to team(at)dogheirs.com