Todd the Golden Retriever may be less than a year old, but he’s already showing his mom that he’s the most loyal and brave friend you could ever ask for.

Paula Godwin was out on a hike with Todd and her other Golden on a morning hike in Anthem, Arizona when she encountered a rattlesnake.

“So this morning was up bright and early to go on a hike on 7th street carefree,” she recounted on Facebook. “It was a beautiful morning but as we were walking down the hill I literally almost stepped on a mf rattlesnake.” 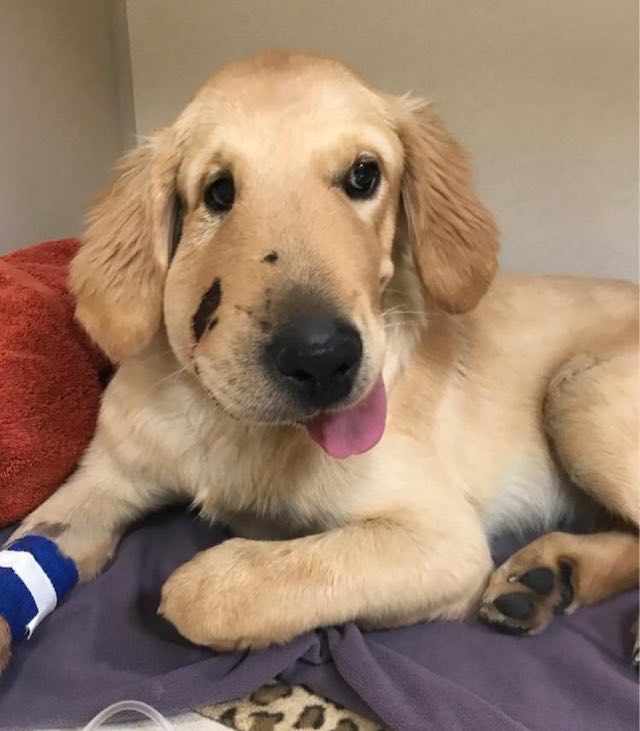 “But my hero of a puppy Todd saved me. He jumped right in front of my leg were I surely would have got bit,” she continued. “This is what a hero looks like. Please say a little prayer for my sweet hero.”

So this morning was up bright and early to go on a hike on 7 th street carefree . It was a beautiful morning but as we…

Paula rushed Todd immediately to the vet and he got the anti-venom treatment that he needed for the bite, although his face swelled up. Thankfully, the pup will be all right after his act of heroism.

“Todd’s doing so well he is a wonder to me how he is healing,” added Paula in a later post on Facebook. “Just a thank you to all the support Your kindness and support is truly a blessing.”

Later in a video she posted, Paula cautioned people to be on the lookout in areas with venomous snakes. “Usually when I hear that rattle I’m backing away. I think he was just resting … I did not see him. Just be aware. I’m so aware and so vigilant and I just didn’t see him anywhere.”

Dog Gets Adorably Jealous When His Owners Cuddle Without Him