A U.S. mayor’s road trip with his terminally ill dog has captured people’s imaginations and is warming hearts around the globe.

Paul Heroux, the Mayor of Attleboro, Massachusetts hadn’t had a holiday in a long time. He had planned to travel overseas, but after he learned that his beloved dog Mura had terminal cancer, he changed his plans. 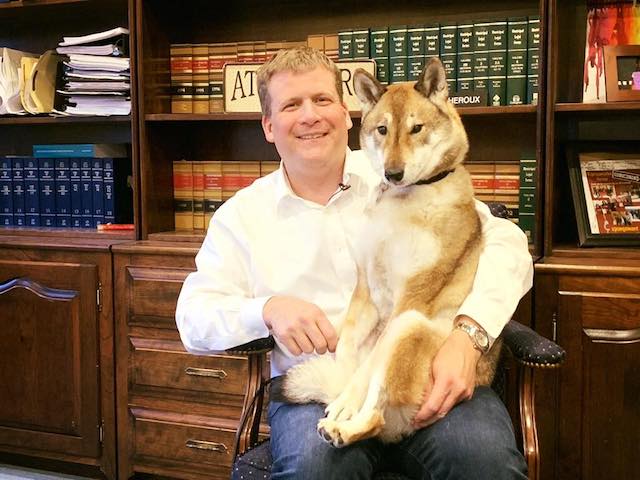 Instead, he would take her on a heartwarming road trip across North America to visit her birthplace on Vancouver Island, British Columbia, Canada.

Heroux told CTV News that he wanted to make sure to spend what little time he left with her, with her.

“I was planning on taking a trip to the Middle East because I hadn’t had a vacation in a long time, however with the diagnosis I said I don’t want to take any time away from her, I’d rather spend what little time I had left with her.”

That road trip and their adventures together have since gone viral. 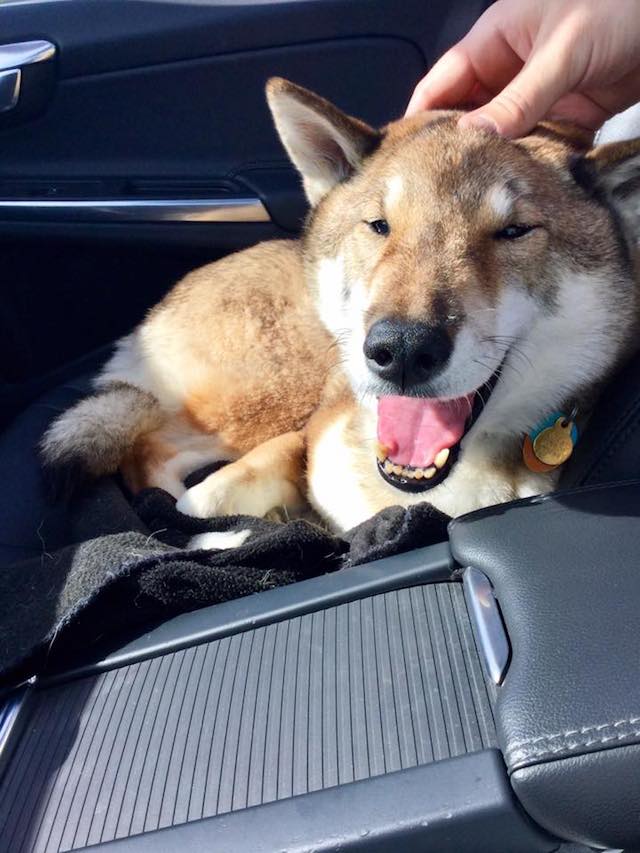 On September 21, Mura’s spleen ruptured and she almost died from internal bleeding. That’s how Heroux discovered his 10-year-old dog had cancer.

Heroux has had Mura since she was a puppy. Mura is a Shikoku dog, commonly referred to as a Japanese Wolfdog and is a breed native to Japan’s Shikoku island. The breed is similar to a Shiba Inu.

Mura was flown to him, but Heroux revealed that he has always wanted Mura to meet her breeder and go to her birthplace before she passed away.

On the way to Vancouver Island, the pair had many exciting adventures.

And watched the sun rise over Grand Canyon.

Their journey would take them to 24 states (in the USA) and 2 provinces (in Canada) in all.

“She doesn’t know what the significance is of the Grand Canyon or Mount Rushmore, but what she does know is she got to spend all day every day with me and that’s what she likes,” Heroux told the Vancouver Sun.

Their trip got noticed by his constituents, who enjoyed following where they were going next, but he said he didn’t reveal Mura had cancer at first.

“I have a public Facebook page and people follow it back in my city, but it really wouldn’t be fun or cute if the mayor just keeps posting pictures of [himself] on vacation,” Heroux told CBC’s On The Coast. “I thought it’d be more fun if I posted pictures of my dog, because everybody loves her… I never mentioned that she had terminal cancer until we got to Seattle.”

Heroux said that they had a wonderful time with her breeder. Mura’s breeder was very happy to see what a well-behaved, wonderful dog she turned out to be. And Heroux enjoyed visiting with the other dogs, who he said were very well socialized and looked after.

Heroux said that Mura’s good behavior came from lots of dedicated training. He said he doesn’t recommend the breed to anyone inexperienced with them, as they have a stubborn, strong-willed nature.

Now back at home, Mura is back to her regular routine, which is accompanying Heroux to his work every day. Heroux said he made City Hall pet friendly this past spring.

“The reason I did that was because 1) believed it would improve morale to have these friendly fur balls hovering around from time to time, and 2) I didn’t want anyone leaving there animals in the car when we have hot days or extremely cold days,” he wrote on Facebook.

As for Mura, she’s an inspiration to everyone at the office.

“Everyone loves Mura. Contrary to what you might think, she increases work productivity because for about two or three minutes people take a moment and say hi to her. To give her treats. It breaks up there day and it puts a smile on their face. Then everyone goes back to their desk and they continue to work with a little bit of a happier mood. I think that she’s good for the environment here in City Hall.”

And after her roadtrip, she’s put smiles on more than just a few faces.

Heroux shares more details of their epic trip in the news video below.

Puppy Comforts Older Dog When She Notices Him Having a Nightmare