A starving Husky waiting to die has made an amazing recovery thanks to a man who spotted her lying in the streets.

Eduardo Lozano rescues a lot of dogs in his home town of Monterrey, Mexico, but he nearly missed rescuing Luna because he thought the Husky was a coyote at first. 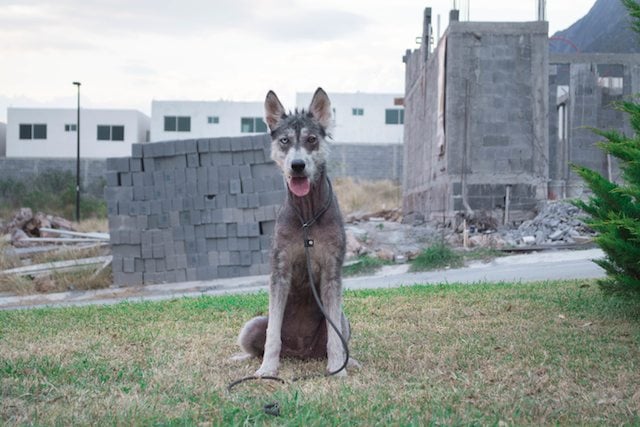 Eduardo told DogHeirs, “I’m a triathlete, so I run a lot. That day I was running near my house and saw something laying down on the streets. My first thought was like “OMG A COYOTE” because of the look of the dog. There are coyotes and foxes near the mountains where I live.”

But when he approached her, he realized the “coyote” was, in fact, a Siberian Husky. 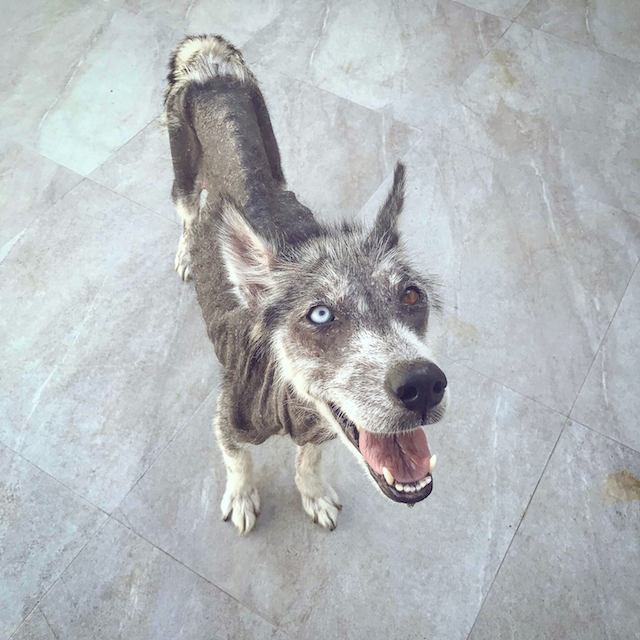 Luna was in seriously bad shape, so bad, that Eduardo believes she was “waiting to die”. 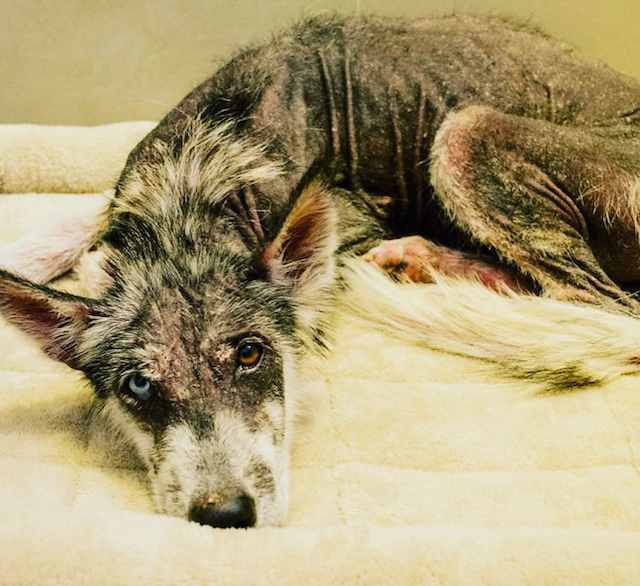 “She was so skinny and you can see in the photos that her nails were so long,” Eduardo told DogHeirs. He didn’t want to leave her there so he immediately scooped her up in his arms and began to running home. 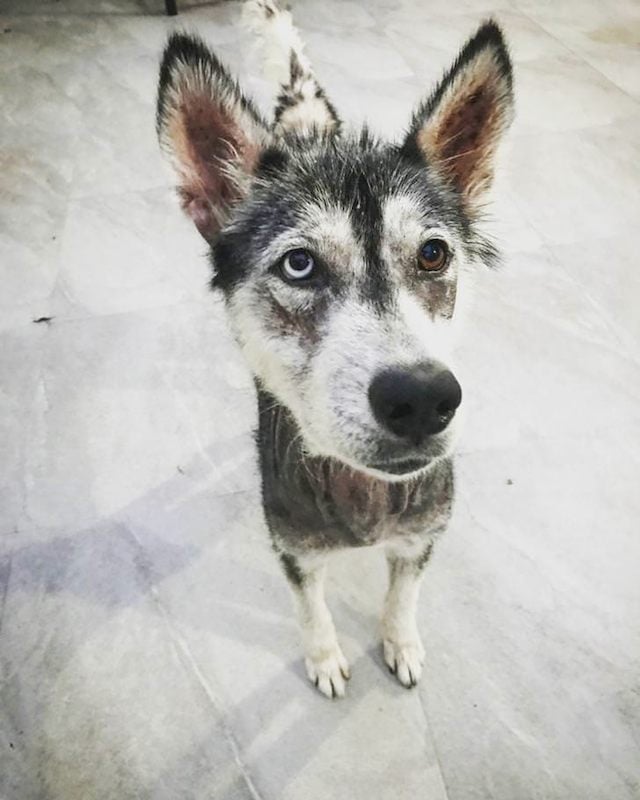 “A guy saw me and gave me a ride to my house,” said Eduardo. He then took her in his car to drive to the vet where he’s taken more than 25 other dogs he’s rescued off the streets. 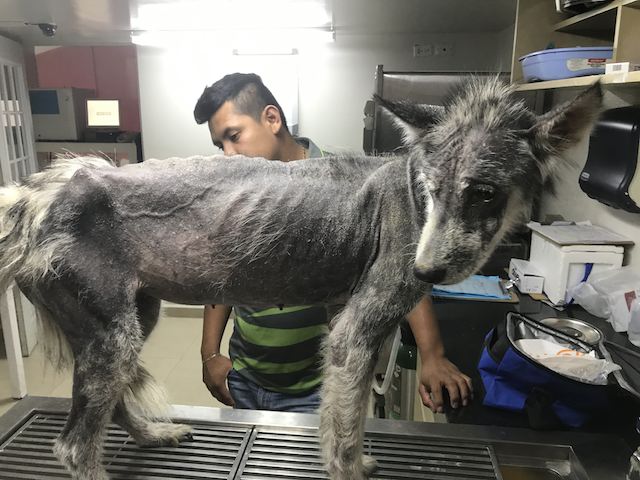 Luna was not only starving but had a serious case of mange. She had lost so much of her fur! 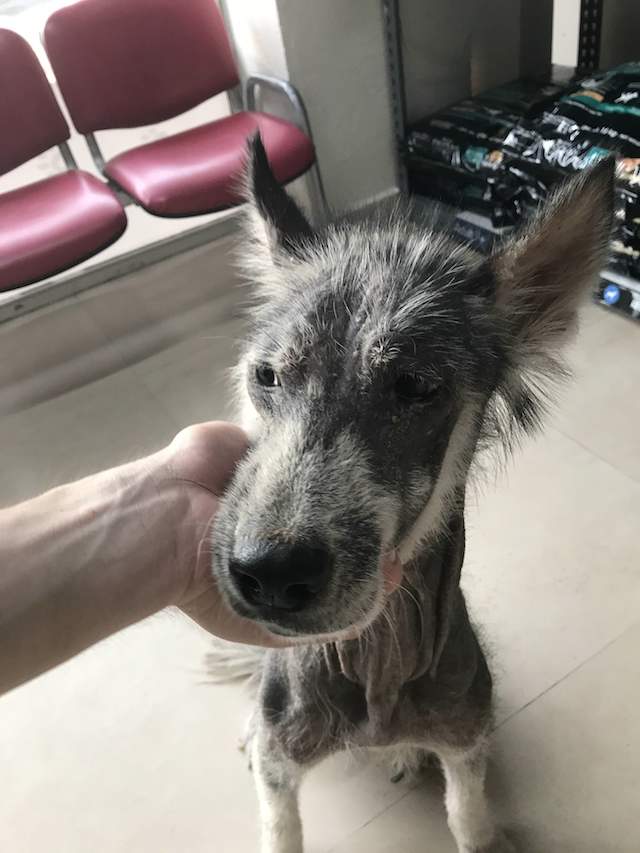 She stayed the night at the vets and the next day he brought her home. 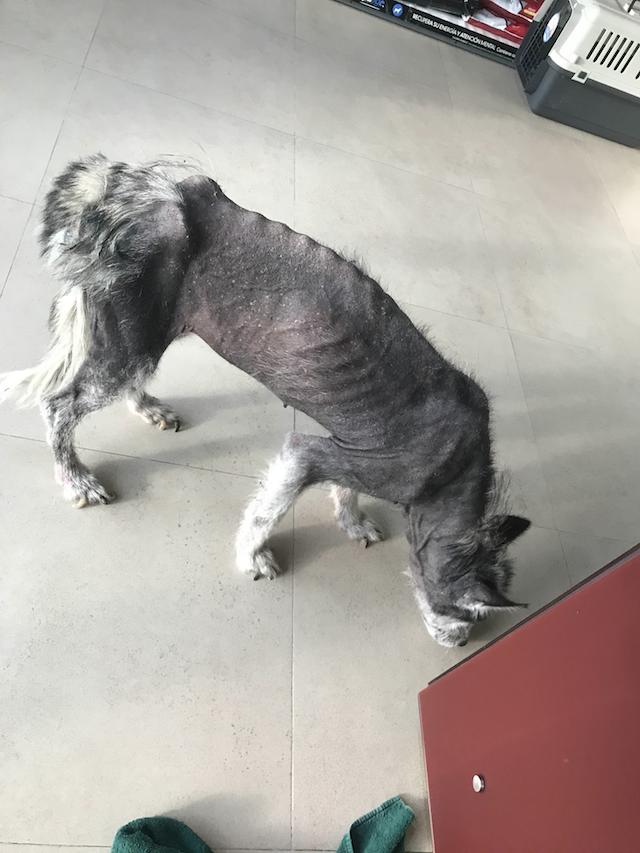 A friend of his who is the owner of mutt.mx (raw meat for dogs) gave him a 50 day supply of free food. 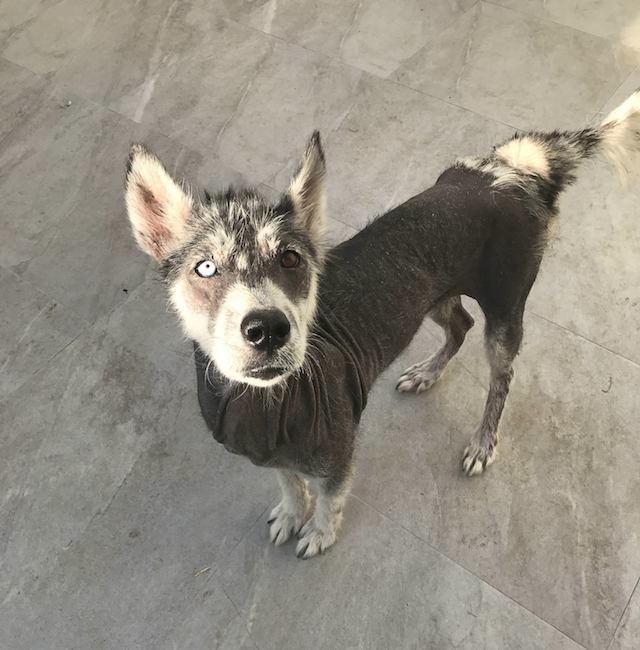 For the next six months Luna stayed at Eduardo’s home, getting lots of baths, lots of medicine and lots of love. 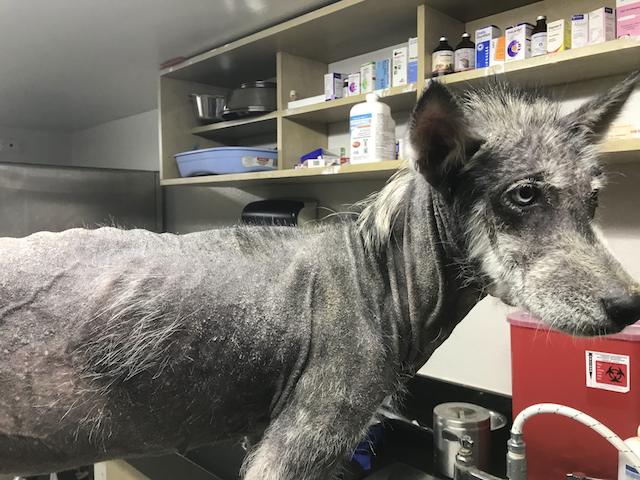 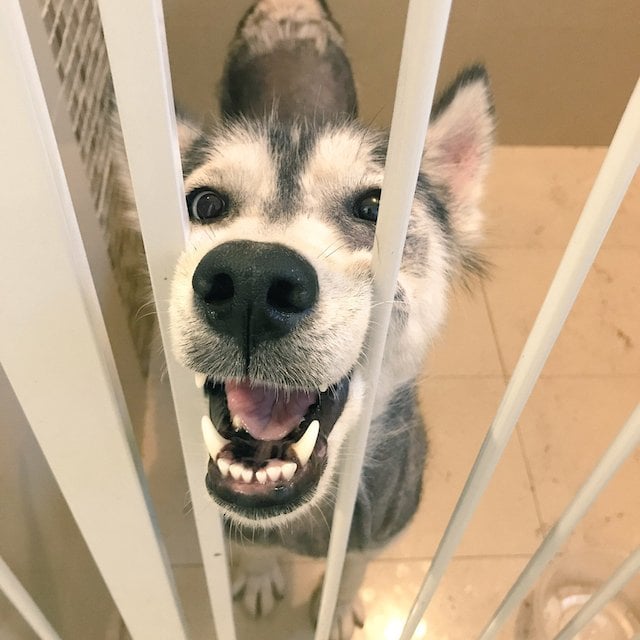 “Luna is super healthy right now now she is living with a friend of mine who has a big house and a lot of space to play,” Eduardo said. “I see her every other week.” 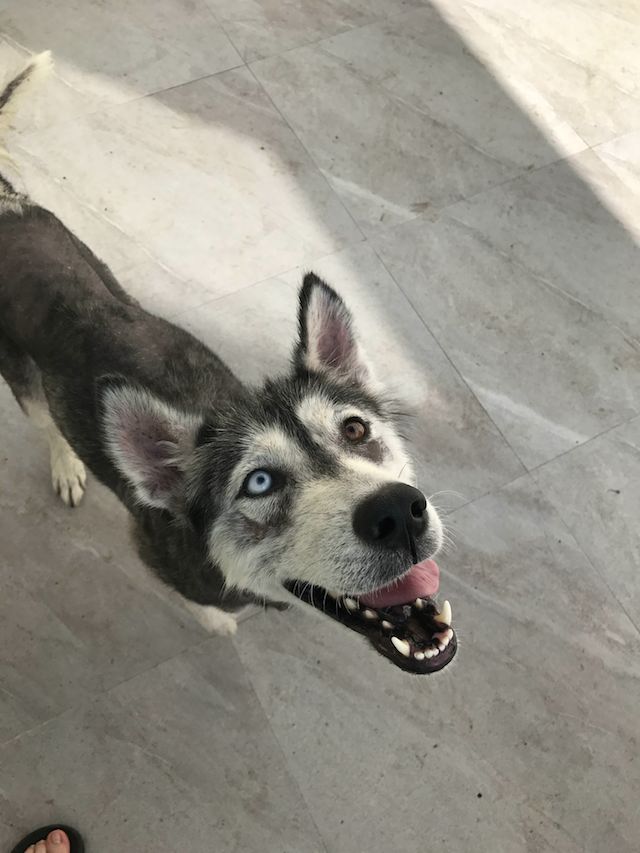 The Husky has made a remarkable recovery. This is how she looks now: 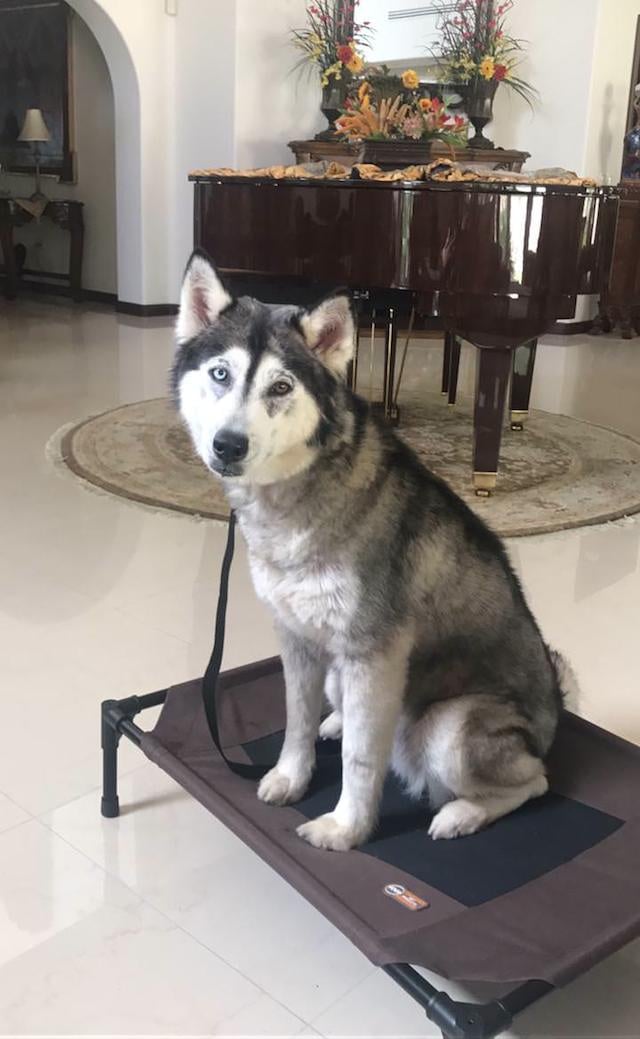 For Eduardo rescuing Luna is a labor of love. “I have 7 dogs and 5 of them are from the streets,” he said. “But last year I had around 25 and all of them got adopted.” 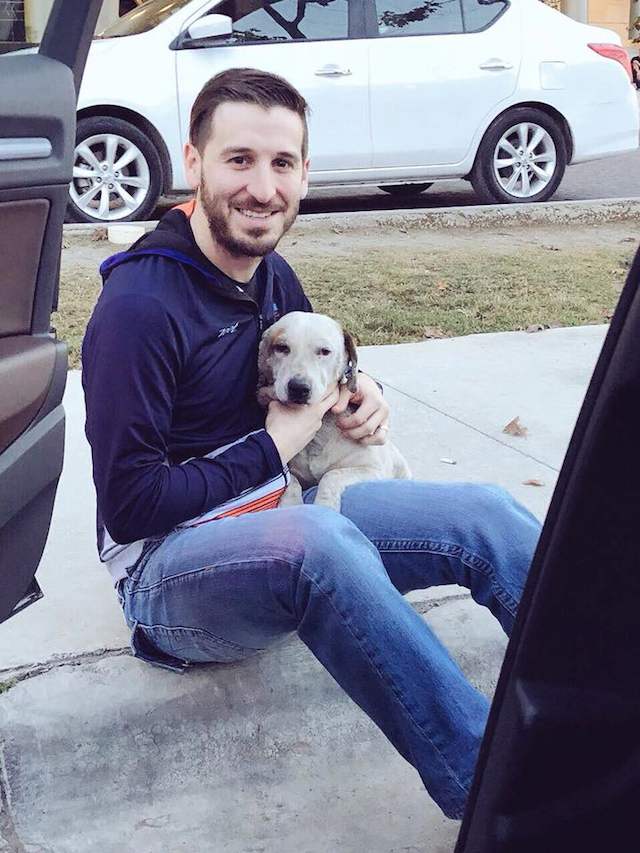 Eduardo with Mily, a dog he rescued on Christmas eve.

The street dogs like Luna must be so grateful to Eduardo. It’s amazing what a simple kindness can accomplish!