A stray sick dog and her puppies are safe and getting a second chance thanks to animal rescuers who saved them from a derelict house in St. Louis.

Randy Grim (founder of Stray Rescue of St. Louis) and Donna heard the mama and her puppies barking. They first spot some of the puppies at the side of the home. As soon as they approached the puppies, mama appears and begins to bark and the puppies scatter.

Randy and Donna have to enter the “terrifying house” which Randy describes in the video as a “black pit”. 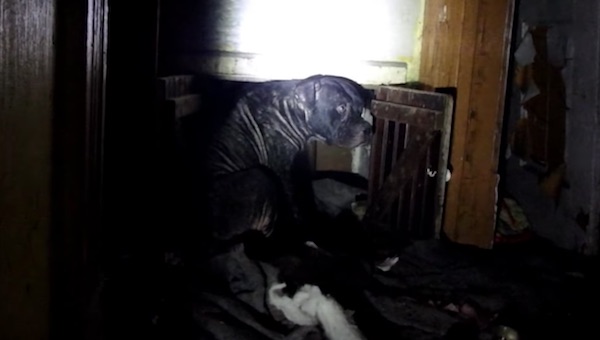 Randy finds the mama who looks terrible and was not happy to see Randy, but he wins her over by giving her lots of food. “She probably never had a kind touch in the world,” Randy says.

Meanwhile, Donna is very busy digging around in the rubble for puppies. What a dirty job! But Donna persists and gets all seven of them back to mom. 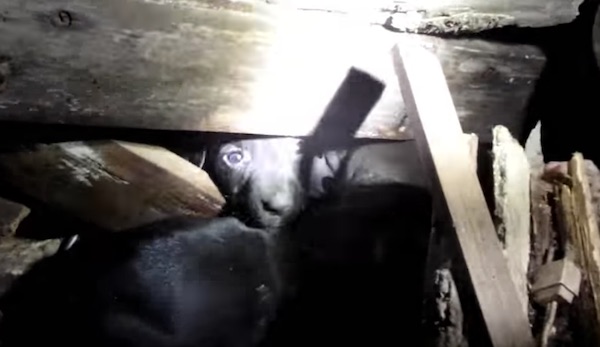 The puppies, too, are sick. But she did her best, given her condition.

Watch the video to watch the rescue of mama Solar and her pups.

Since the video was made Solar and her puppies have been adopted! And the change in Solar’s eyes Randy was talking about in the video?

Just look at this photo of Solar on her adoption day! 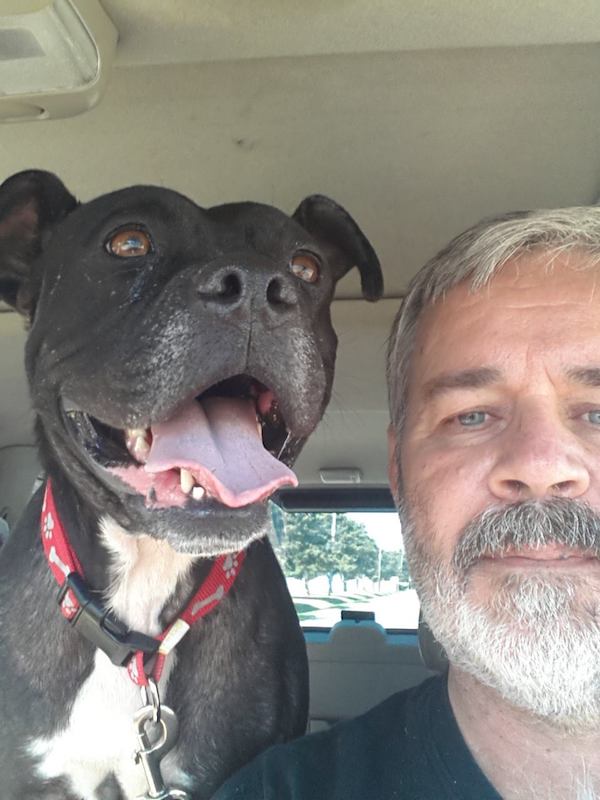 “Thank you so much for being perfect matchmakers for my little girl and myself! She loves everyone she meets and she is never more than a few feet from me. She is love personified. She has healed at an amazing rate. The meds you sent impressed her new vet, too.”

“Thank you all for the important work you do. When I consider what she has been through I can hardly believe that she shows no animosity towards anyone or any animal we encounter on our daily walks…4-5 times a day. I had a difficult spine surgery in April but I am walking further and with less pain. I have given up pain meds I was taking for 9 years and at minimum 3 months early. We are good for each other.”

“I do suggest that potential adopters allow your staff to influence their choice of companions. I call it synchronicity. Solar had just made a video with Randy when I was waiting just outside the door to meet her. Your staff nailed it! Thank you, Mark & Solar”