From the DogHeirs archives comes the dramatic rescue of an elderly dog named Lucio, bound and dropped in a river to perish. Given how he was found, his recovery is remarkable to see.

A blind and elderly dog named Lucio was saved from a river by kayakers who spotted him drowning in the water. The kayakers were paddling on the Ebro River near Utebo in Spain’s Zaragoza province, when they saw the dog desperately clinging to a rock, his body half-submerged underwater. 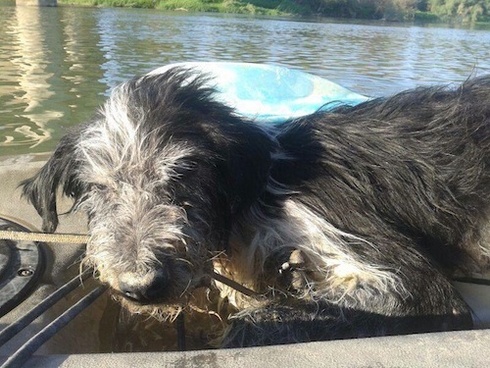 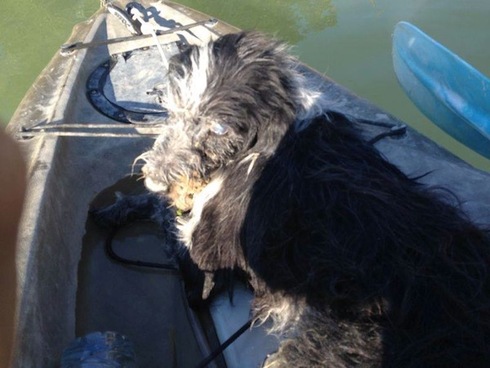 When they pulled him from the water they discovered that his hind legs were bound by industrial-strength zip ties. 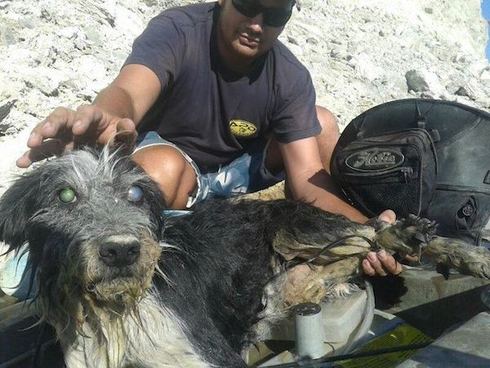 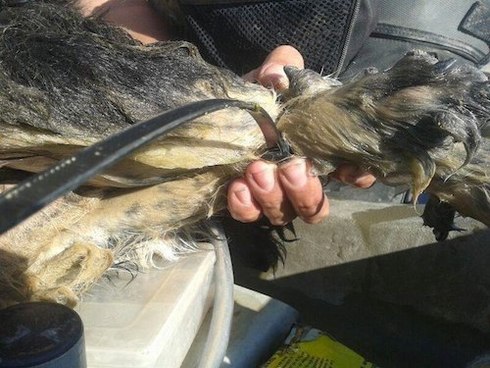 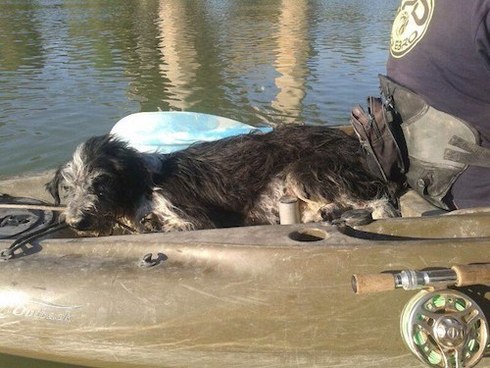 He was covered with mud and vegetation and was suffering from severe eye infections. The bottom half of his body was red and swollen and full of wounds from being submerged in the water for many hours, if not days. 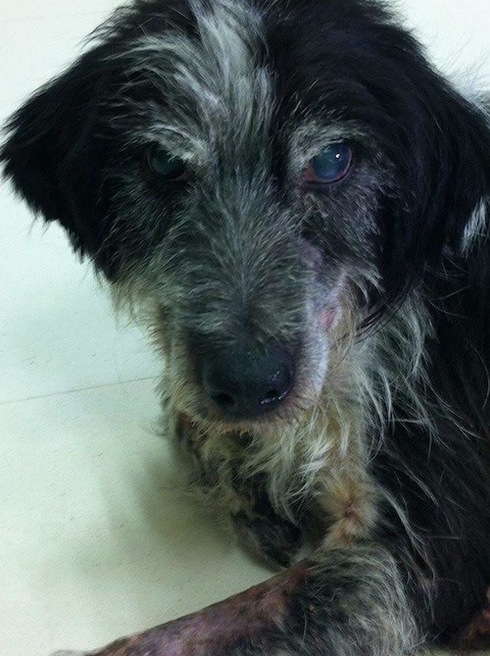 Lucio was frightened, disoriented and dizzy when he arrived and vets determined his blindness was something he had prior to being thrown in the river, according to La Voz de la Escuela. He also has arthritis to his spine, which can be attributed to old age. 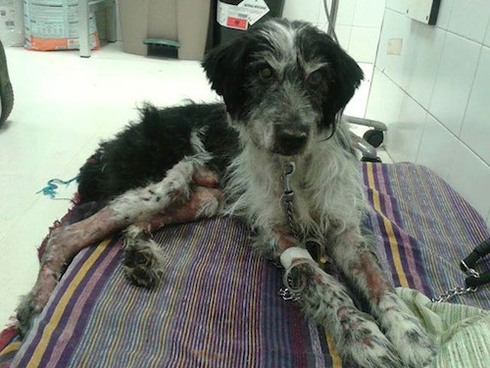 Lucio was not microchipped, and was found on August 14 around 9pm. It is likely the dog’s owner tried to get rid of him because of his blindness and age. An investigation is underway to find the person(s) responsible. 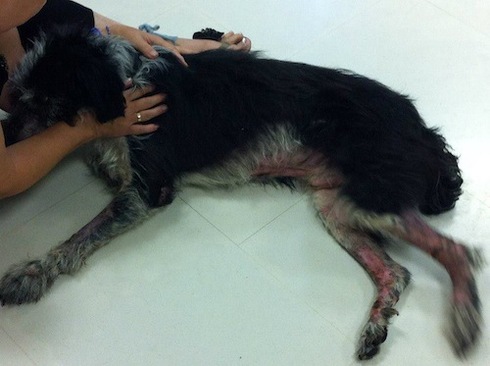 Vets have been treating Lucio with antibiotics and pain medication and physically he is progressing well. Although Lucio is physically stable now, the Centro Protección Animal de Zaragoza wrote on their Facebook page that he is apathetic and doesn’t want to eat and is extremely frightened. 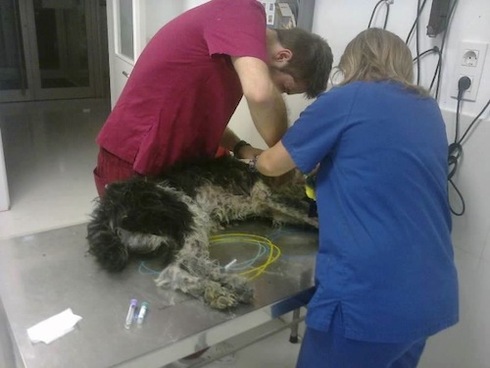 As Lucio will need psychological rehabilitation, they are bringing in professional trainers to help him. He is able to stand up and walk. They are also keeping him in a place with open space where he won’t be overwhelmed and can regain confidence in people and other animals and begin a new chapter in his life. 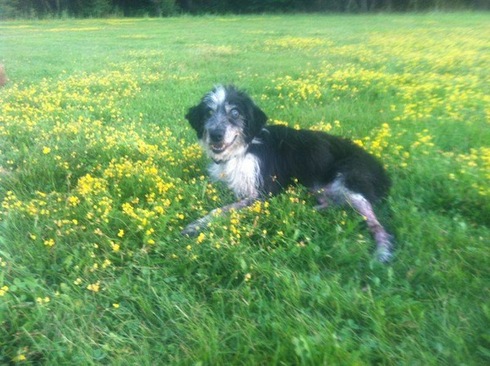 Lucio was saved back in 2013 and was well-cared for by his rescuers.