A dog is very lucky to be alive after he was found stuck deep down inside a meat processing pit and wedged inside its grinder. Memphis Animal Services (MAS) officers responded to a call from a meat processing plant in Tennessee that said they had found a dog stuck about 12 feet down in their processing pit. The dog, who rescuers named McGregor, had no energy left and was stuck in the grinder.

“He had exhausted himself to the point where he had worked his way into the screw so he could prop himself up,” explained Officer Sutter, who was on hand to rescue the pup. She and Officer Hunley found “a dog who didn’t have anything left.”

“We don’t know how long McGregor was in the pit before the plant staff found him, but what we do know is that he was so, so tired,” MAS wrote on Facebook. “We speculate that he must have been trying to pull himself out of it until he just couldn’t anymore. Usually in a rescue like this, the dog can help pull himself out once the process gets started, but McGregor had no energy to do that.”

The dog had wedged himself tightly inside the grinder, which proved a difficult and precarious place for rescuers to reach. 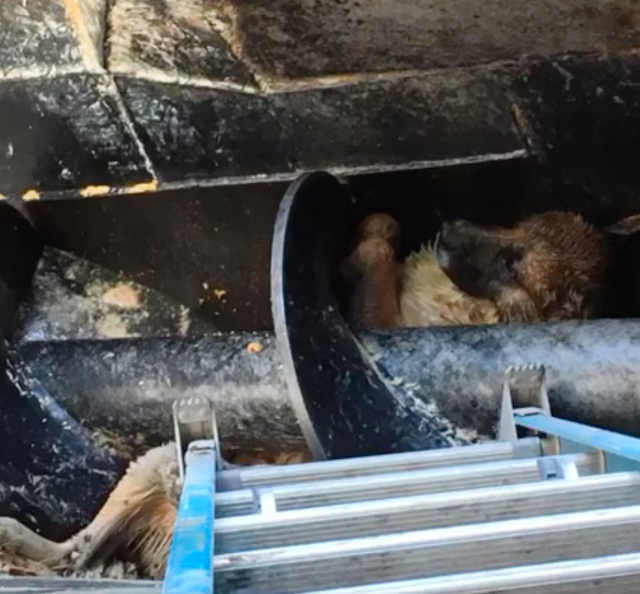 “Officer Sutter climbed down the ladder into the pit, every surface of which was slimy and slippery,” MAS described. “The plant staff helped her put some dry wood pieces down there for her to get some grip and stability. The officers tried to get a horse harness around him, but they just couldn’t reach far enough down, and his body was not really accessible. The only parts of him that were accessible were his head and his back feet.”

Officer Sutter ended up stretching down and using a 6-ft control pole to loop it around his neck. Another control pole was looped around the one holding McGregor. “Then with one hand holding on to the ladder, Officer Sutter pulled 68-lb McGregor up with the other hand far enough for Officer Hunley to pull him up the remaining way.” 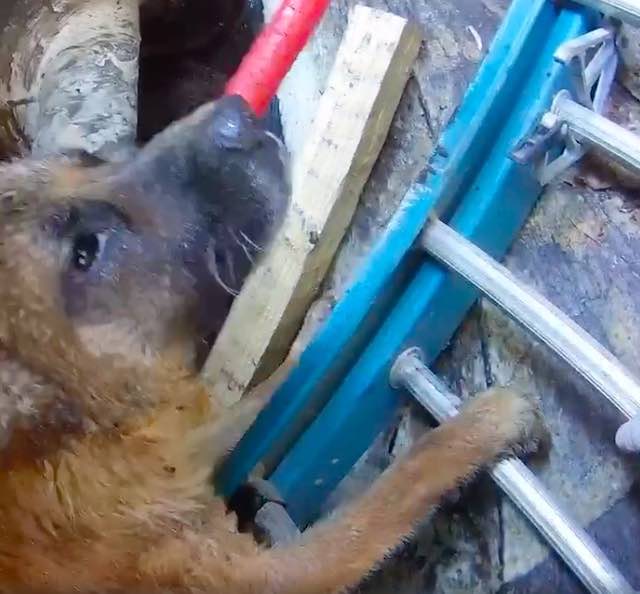 Tom Breen, the citizen who called MAS, said, “I knew he was exhausted, and I knew he wasn’t going to be able to make it out of there, so that’s when I started calling for some help. They did a fantastic job, and they know their stuff—that’s for sure. They were brave to get down into that nasty pit.”

It was an impressive feat. Video (see below) of the rescue shows just how tired McGregor was from his ordeal.

Once McGregor was pulled out, he was towelled off and placed on the truck to go to MAS’s shelter where he got a much needed bath and some TLC. 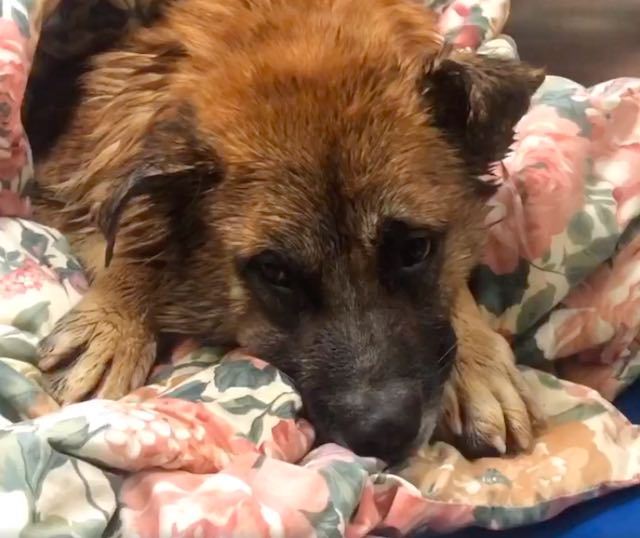 MAS doesn’t know how McGregor got stuck in the pit and for how long he was down at this time. But Officers Sutter and Hunley hope the dog will find a loving home.

MAS posted that individuals interested in adopting McGregor can do so by applying at their shelter. His adoption fee includes his neuter, microchip, vaccines, heartworm test and treatment (he has tested positive), collar, leash, and a customized ID tag.