While driving to the animal shelter, Valia and Marcia took a wrong turn. It was a mistake that ended up saving Basu, a stray dog on the outskirts of Athens.

“It wasn’t me who rescued Basu, it was Marcia,” says Valia. “She had adopted Sophie [a rescue dog] a year ago from Save a Greek Stray, and she visited us from Holland this June.”

“While we were driving to the shelter, I took a wrong turn and there he was, next to the highway, wandering alone next to the cars, lost, sick and scared.” 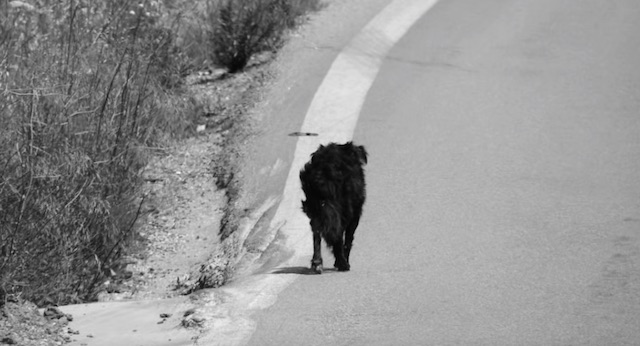 “Living in Greece and bumping into stray dogs in every corner, hardens you to the point where you become too thick skinned to genuinely care – so if it were up to me, I probably wouldn’t have even seen the dog.”

“But Marcia comes from a country where strays are simply…not there, so the sight is clearer and her heart more pure. And she saw him. And she made me stop. She got out of the car to feed him, and this was a challenge, since once he saw her, he started walking towards the opposite direction.” 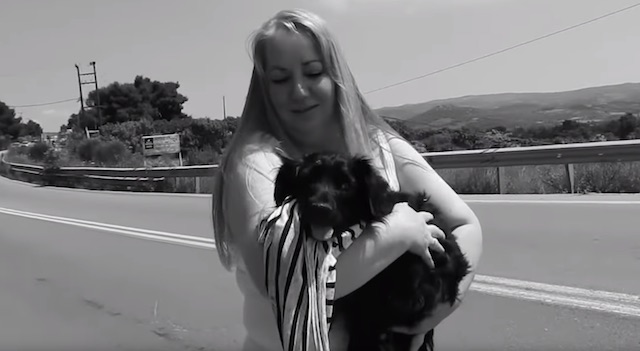 “Since he was walking between the highway and a busy street, the chances of him being too scared from the chase, and running off to the street were too high, so I got out of the car too. After a few treats the little one started wagging his tail and reluctantly getting the treats from Marcia’s hand, and it was only then when I realized that we were about to rescue a dog that a few minutes later would have been ran over by a car.”

“We took Basu to the shelter, where he was treated for leishmaniasis and trained. Basu is an excellent student, living proof that all dogs, no matter what they have been through, no matter what their past is, they can turn into everything you want them to be, if you are patient and consistent enough.” 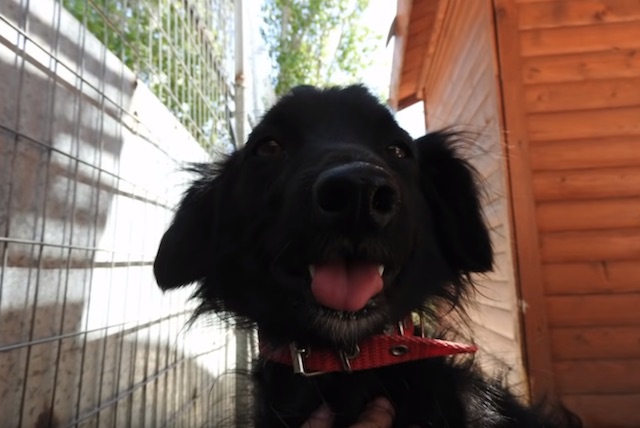 “I thought he would be adopted in no time due to his size and his character, but I was wrong. And here we are today, a year and a half later, with Basu wasting his time at the shelter, while he could make an excellent pet dog for a family out there.”

“It’s such a shame. For Marcia and for me, Basu is a huge loose end. We just want to see him get adopted, and have a colorful life, just as he deserves.”

Watch the video below to see more of sweet Basu and contact Save a Greek Stray if you would like to adopt Basu or support them.