Two stray female dogs were doing their best to keep their puppies safe by working together. The unusual pairing came to the attention of Northwest Dog Project (NDP) after a Good Samaritan found the mama dogs and their litters in an alleyway in Los Angeles, California. 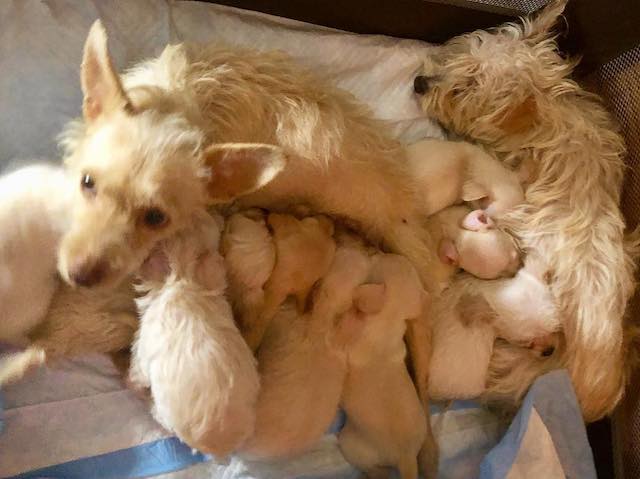 The woman who found them did not want to leave the puppies and small dogs on the streets to fend for themselves so she brought them home, after which they were transported to NDP in Oregon.

The two mamas were appropriately named Thelma and Louise, and between the two of them they had nine puppies – 2 boys and 7 girls. 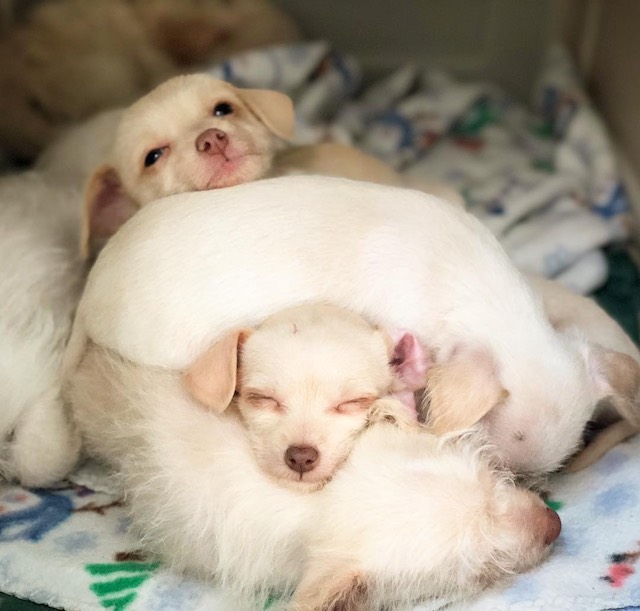 NDP shared a video of the dogs on Facebook, writing, “These 2 mama dogs were found in an alley, curled up together with their 9 puppies. We’ve got no idea who’s is who’s at this point, they’re just one big family.”

NDP rescuers believe the two mama dogs had been dumped a while back as both were malnourished and starving. Whether they were dumped at the same time or met each other on the streets they can’t know but they said the two dogs support and care for one another in addition to taking care of their pups. 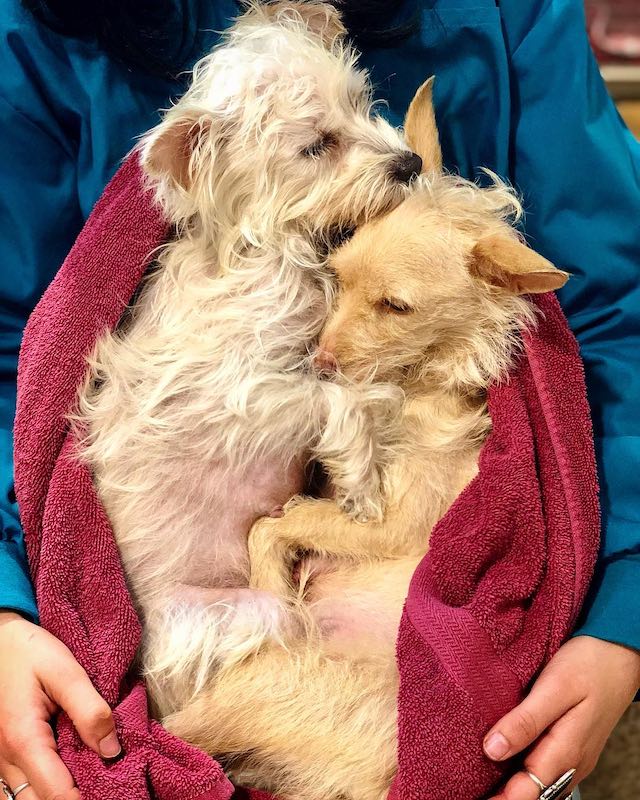 “They seem to have a routine mapped out — one mom grooms the puppies while the other nurses them, and then they’ll switch,” Emma Scott with NDP told the Dodo. “We can’t tell which puppies belong to who! It’s the first time I’ve ever seen something like this. They definitely have a sweet relationship.” 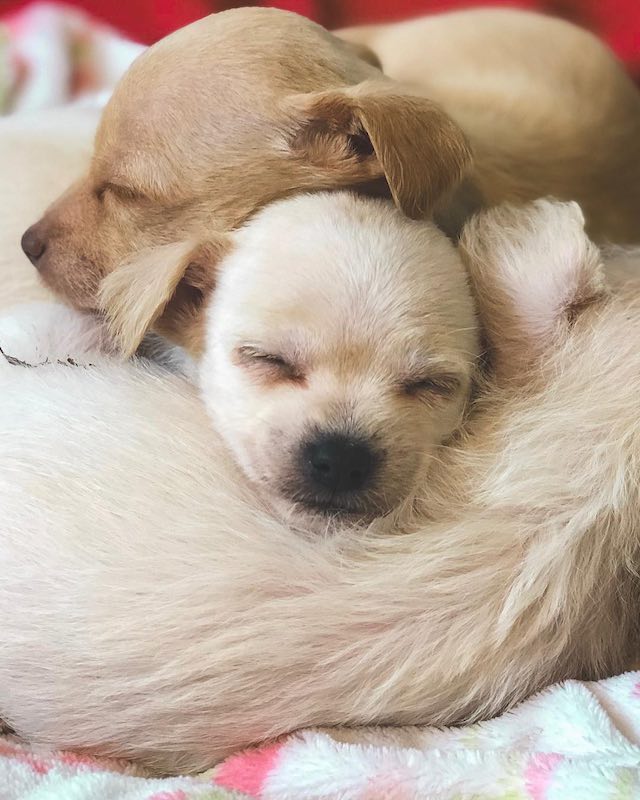 The two single moms are doing well. As of January 21, 2019 NDP said that the puppies will be ready for adoption in around a month (so around mid-February). They are taking applications for adoption now, and you can find the details on their website.

Dog Gets Sweetest Surprise Reunion With Her Human