Richmond Police Officer Karen Spencer-Boyles slammed on her breaks when she saw a dog in the middle of a busy road sitting next to another dog, who had been hit and killed by a car.

The dog was obviously upset at the loss of his friend and refused to leave his fallen companion’s side. 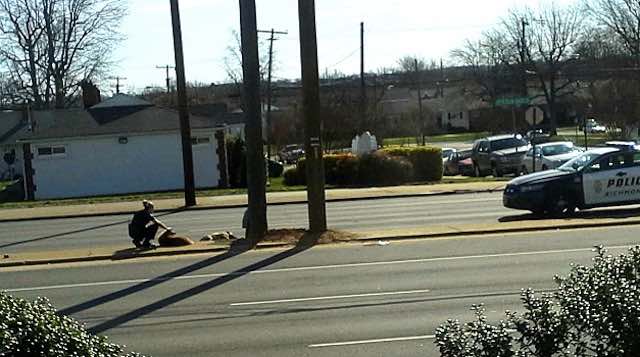 Fearing for the dog’s safety, Officer Spencer-Boyles went to assist him. She could tell he was scared and broken-hearted and she feared he would be hit by a car if she didn’t intervene.

She told WTVR in Virginia, “You could just tell he was scared. He just looked helpless. It’s kind of like if you had a friend and your friend had been hurt. He just stood by his friend.”

“A Richmond city police woman stopped because a dog was hit and his friend was beside him barking,” Michelle Carrington. said. “She stopped and got him out of the road and soothed him.” 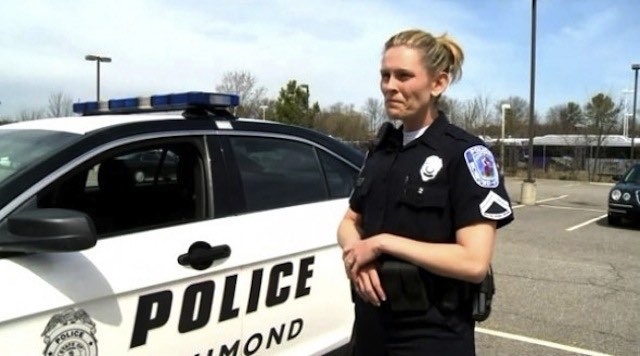 Officer Spencer-Boyles said her own dog, Tex, was hit by a car a few years ago and if a Good Samaritan had not stopped and helped, Tex could have died. She knew she couldn’t just drive by.

Officer Spencer-Boyles waited by the side of the road with the dog until Richmond Animal Care and Control came and picked him up.

They called him Guiseppe and believe he has a family. The young dog was neutered and wearing a flea collar. 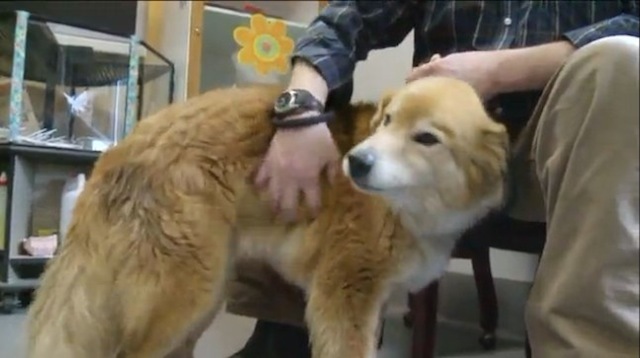 “The one thing about dogs, is they’re always there for you,” Officer Spencer-Boyles said. And on this particular day, she was there for Guiseppe.

One week after his rescue, “Guiseppe” was reunited with his owner.

Teresa Melton said the dog, who’s name is Bruno, is her daughter’s nine-year-old dog and he somehow escaped a relative’s backyard.

Workers found a microchip in Bruno that confirmed that Melton was the Bruno’s owner.

“I would love to meet her,” Melton said of Officer Spencer-Boyles. “We rescued Bruno from the SPCA. Refusing to leave a friend’s side sounds just like him. I think he used to be a service dog.” 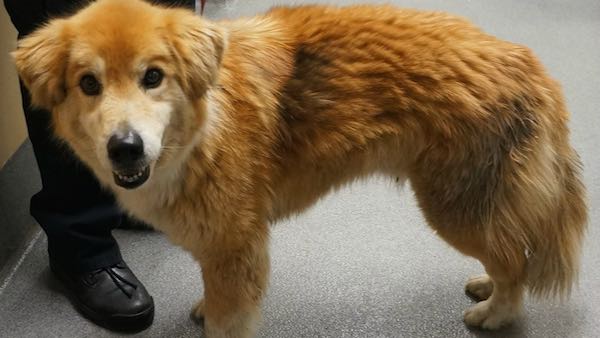 Melton said her family would make sure no one let Bruno out of their sight again in the future.

Dog with Arthritis Gets His Very Own Elevator to Go Outside