It was the middle of the day and Zoe the Shih Tzu was outside in the front yard of her home to enjoy the warmer weather in Denver, Colorado when she was snatched by drive-by thieves.

Home security video released by the family shows Zoe outside alone when a vehicle drives by, circles the neighborhood and stops in front of the home. A man jumps out and grabs her, leaving her family devastated and desperate to get her back.

“Her name is Zoe and she is the sweetest, most playful dog on the planet,” writes Jaime Gastelle. The 7-month-old, neutered Shih Tzu was stolen at 2:03 pm in the afternoon. 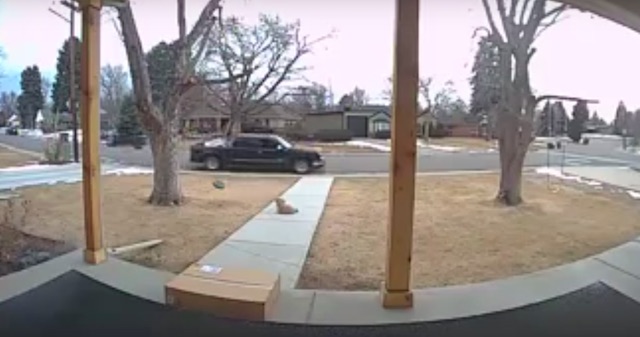 “She was outside by herself, but her Dad works from home with an [office] window facing the front and the temperature was in the high 50s today,” explains Jaime Gastelle. “She is extremely loved and spoiled at home and her family desperately wants her back.”

Zoe was attached to the tree to enjoy the warm weather and is seen greeting the thief by rolling onto her side for a belly rub. The dog snatcher detaches her harness, picks her up and carries her to the car.

The family’s neighbor saw what was happening and yelled at the thieves and ran to tell Zoe’s family, who immediately notified police. 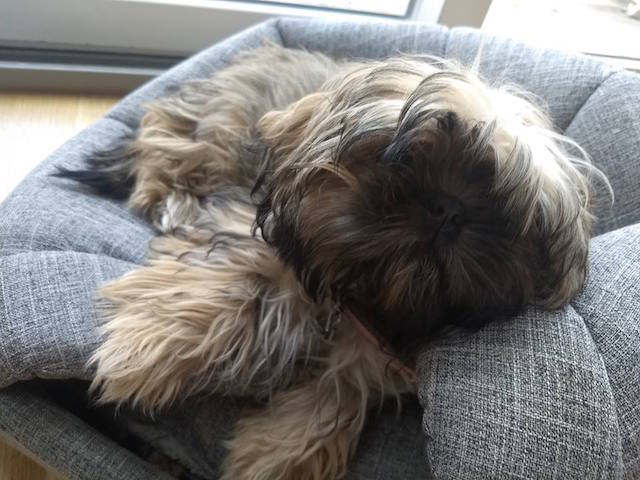 “It all just happened too fast,” Gastelle explains of why her boyfriend and the neighbor were unable to stop the thieves before they made their getaway.

The family is devastated by Zoe’s loss and say police are “working on the plates, and contacting a suspicious woman we saw a few days prior that we know through the police that she lives in Aurora.”

However, the family are asking people to share the video so that others might recognize the vehicle and people. “The only chance we have of getting her back is somebody reporting the vehicle or people,” she says.

Watch the surveillance video below.

If you have any trouble watching the video above, try the one below.

Thieves are increasingly prowling neighborhoods and looking for opportunities to steal anything. As Zoe’s theft shows, a dog can be stolen in seconds from your home. Please don’t give anyone opportunity to steal your dog.

Colorado Lost and Found Pets shared some awesome news: “Zoe has been found. She was returned by some children who spotted her in a park. She is very ill but is under veterinary care and is expected to make a full recovery.”

The family believes the thieves let Zoe go after the video of her went viral. She probably spent several days out in the freezing cold and that’s why she became sick. But thankfully she was found in time and is back at home where she belongs.

Live Feed Video Captures Dog Being Thrown From Car, Police React Quickly to Save Her Life