A homeless man came to the rescue of a dog he saw being hit by a car. The man, from Jackson, Mississippi, ran to the dog’s aid after the car that hit the dog kept on driving.

“Last Friday afternoon, a homeless man witnessed a young dog being hit by a car on State Street here in Jackson. The driver kept going, so the homeless man scooped up the dog and carried him the whole way to the closest vet he could find. The vet called us and asked if we could help the dog,” the local animal shelter Animal Rescue Fund (ARF) wrote on Facebook. 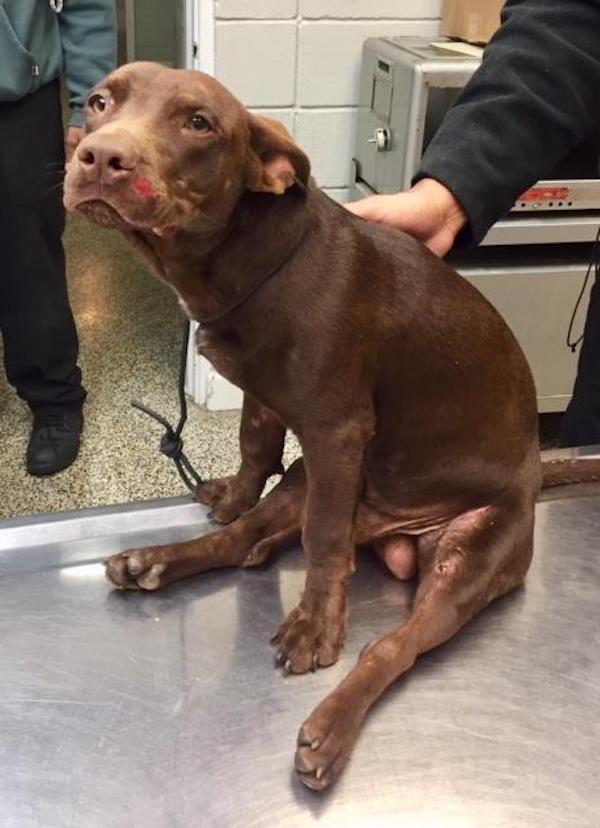 They agreed and the veterinarian treated the dog they named Howard. The vet said the Pit-bull type dog has been “very sweet and calm” throughout his treatments, which are quite serious.

Although it will be a while before Howard is fully healed and ready to go up for adoption, ARF is currently asking for donations for his medical care. Visit their Facebook page for details here, or the vet can be called directly at 601-366-1461.

Dog Hit By Car Was In So Much Pain, But Learns How To Walk Again