The distressed dog was heard in a Sainsbury’s car park in Sherborne, Dorset, yesterday afternoon when temperatures hit 23C. A witness said the dog was trapped in the car for around 20 minutes before the owner returned. The unnamed witness told Somerset Live: ‘I could hear the dog crying and howling and I could see the window was only cracked open a little bit.

A dog was left “crying and howling” inside a hot car parked in Dorset, England, as temperatures outside hit 75F (23C), upsetting witnesses who snapped photos and tried to get the dog help. 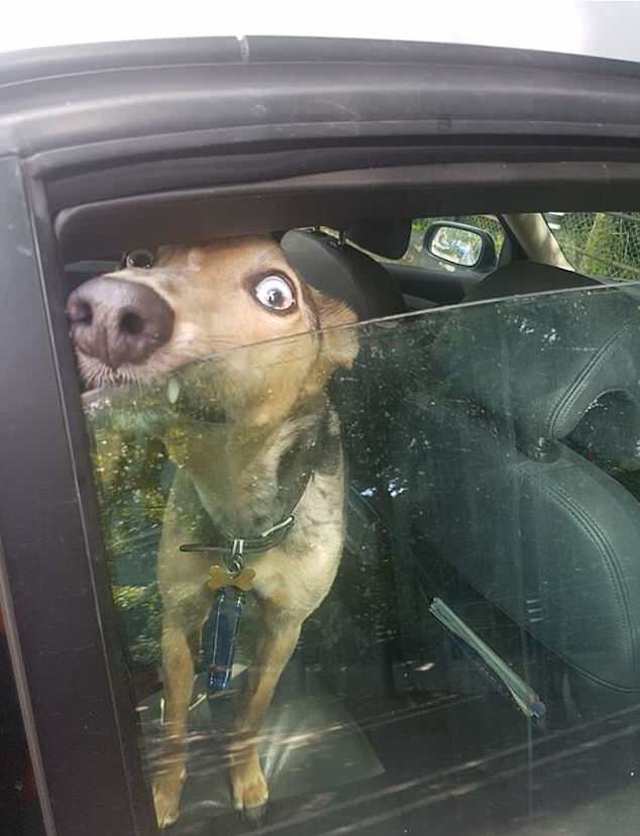 Early summer weather in Britain has seen temperatures soar throughout the country. The distressed dog was in a car outside a Sainsbury’s in Sherborne, Dorset.

“I could hear the dog crying and howling and I could see the window was only cracked open a little bit,” an unnamed witness told Somerset Live. 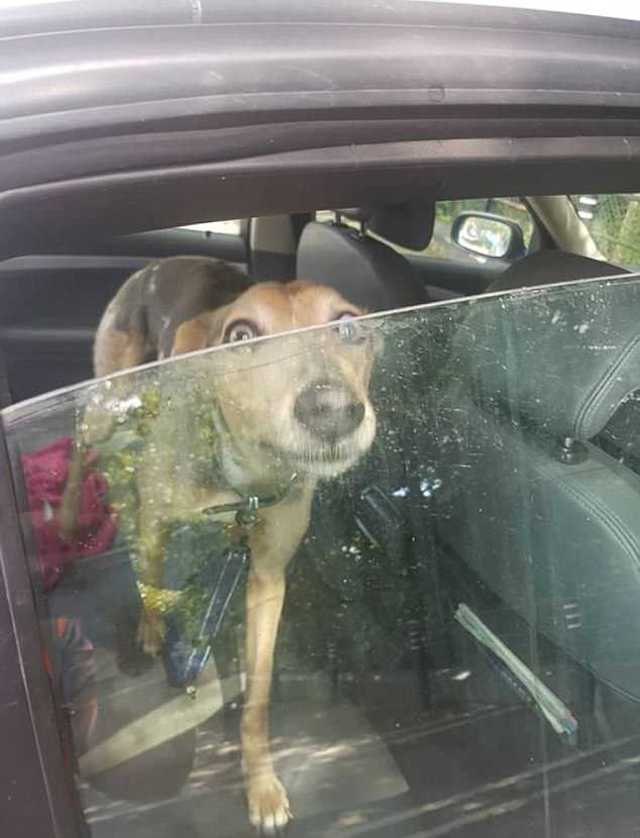 The dog was wide-eyed and trying to stick his nose outside the cracked window, at one point clamping his teeth down on top of it.

Multiple announcements were made through the Sainsbury’s Public Address system. After 20 minutes the distressed dog’s owner returned and let him out of the car.

The RSPCA said that it has received more than 300 reports during last week’s mini-heatwave. They said, “Sadly, the RSPCA has been made aware of far too many animals perishing inside vehicles due to the heat when their owners simply weren’t aware of the dangers of leaving their pets unattended during the warm weather. Please don’t take the risk and either keep your dog with you or leave them at home in the cool.”

Letter To Santa, From A Shelter Dog