After a dog was brutally attacked by two other dogs, Greenville County Animal Care put out an urgent call for a volunteer to transport an injured dog to a vet clinic. Animal lover Fran Alexay Rizzo answered the call.

Legend was rescued after two women out for a walk heard a commotion at a home. They went to investigate and saw two Pit bulls attacking the dog. They were tearing him to shreds so animal control was called and the three dogs were taken to Greenville County Animal Care.

When Alexay first saw Legend he was covered with blood and bite marks. His left ear had been ripped off and his right ear was hanging off a thread and he had bite marks all over his body.

“You could see all the puncture wounds from his shoulders forward,” Rizzo told The Greenville News. “A couple wounds were deep where blood was coming out when he moved.” 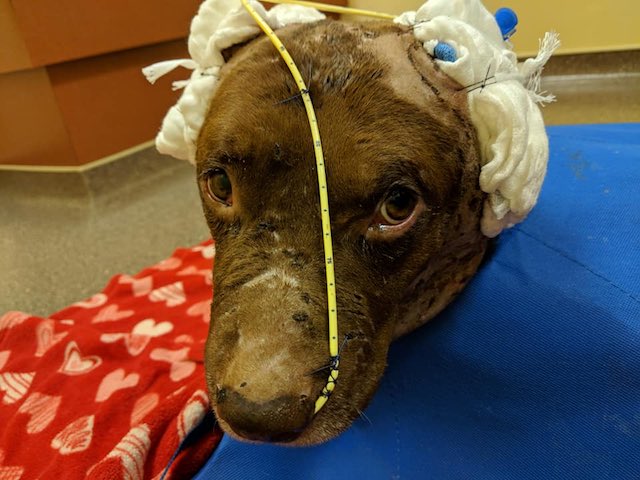 “The ER vet was not sure if he was going to make it,” she said. “Nothing was visibly broken. But the trauma to his body from all these wounds was just so great. And there’s only so much a little body can sustain.”

But Legend is a fighter and he made it through his first night. Over several days he was give surgery, given fluids and put on a feeding tube. And he started to get better. 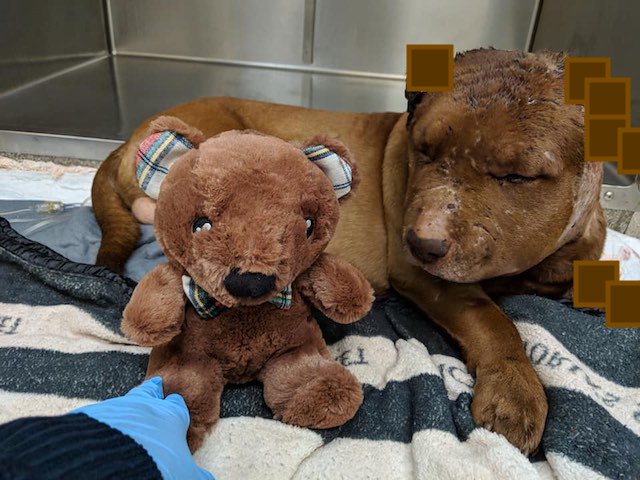 His wounds swelled up a few days later. But he slowly he got better and better. With his medical bills mounting, Rescue Dogs Rock NYC stepped forward to help pay his medical bills. Jackie O’Sullivan, co-founder of the group, said: “We’re thrilled with the outcome and glad he’s alive. It’s a miraculous story and he’s touched a lot of people.”

Legend’s hearing is fine but his ears are gone and he’s covered in scars. But he is nothing but happy. His tail is constantly wagging and he loves nothing more than showering Fran with kisses.

“If you judge a book by its cover, you might miss out on an amazing story,” Fran said of Legend. “He’s the sweetest thing I’ve ever fostered in my life,” she gushes. “He constantly wants hugs and kisses.” 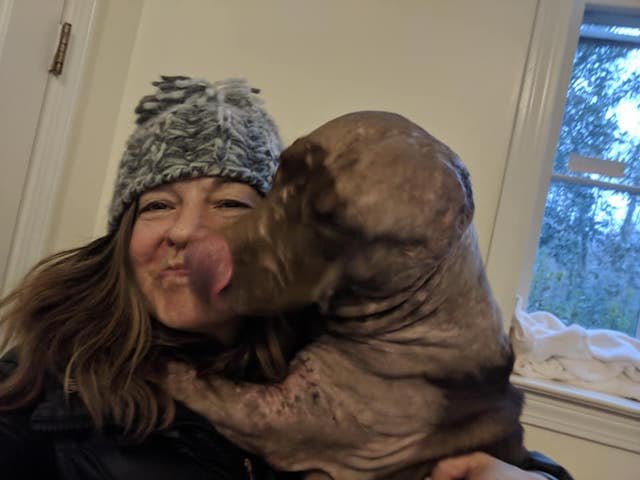 Fran says she thinks about keeping Legend every day, because the two have bonded so closely. But she knows she can’t continue to foster other dogs for Greenville County Animal Care, who desperately need fosters. 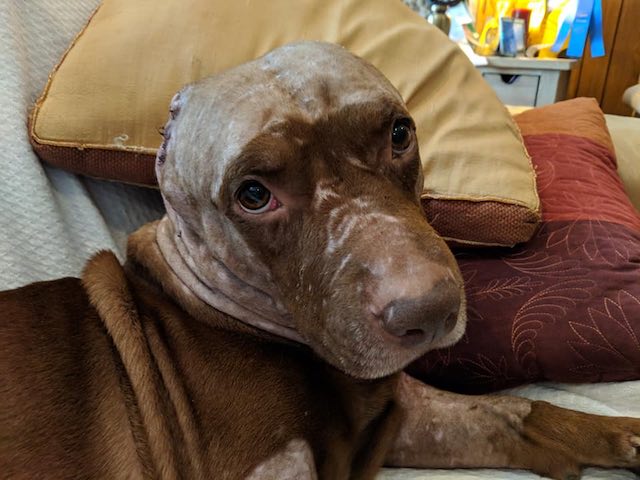 She hopes that more people will step up and help foster for Greenville County Animal Care because they really need the help.

In the meantime, Fran and Rescue Dogs Rock NYC is determined to find Legend the best home possible for him.

Heartbroken Dog Waited 5 Months For His Family to Return, Then A Miracle