Pet cams can be a great way keep watch on our furry loved ones to make sure they are okay. And sometimes they can reveal a funny moment, as one pet parent in Okinawa, Japan discovered when they reviewed their pet cam footage.

Mia the German Shepherd had just gotten a new bed. But it was Chewy the cat who decided to try it out first. Not wanting to share out the comfy new nap spot, Chewy playfully swats Mia’s rear. 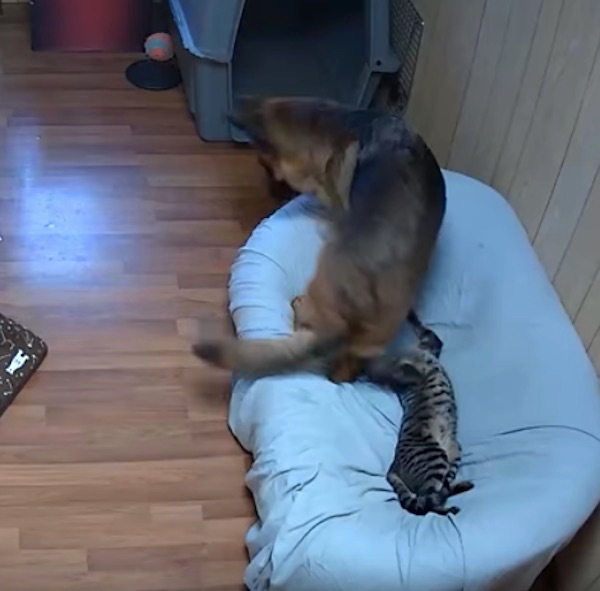 But Mia isn’t too phased. She’s more preoccupied with looking at the door and seeing if her human might be coming in to say good night to notice she is sitting right down on Chewy! 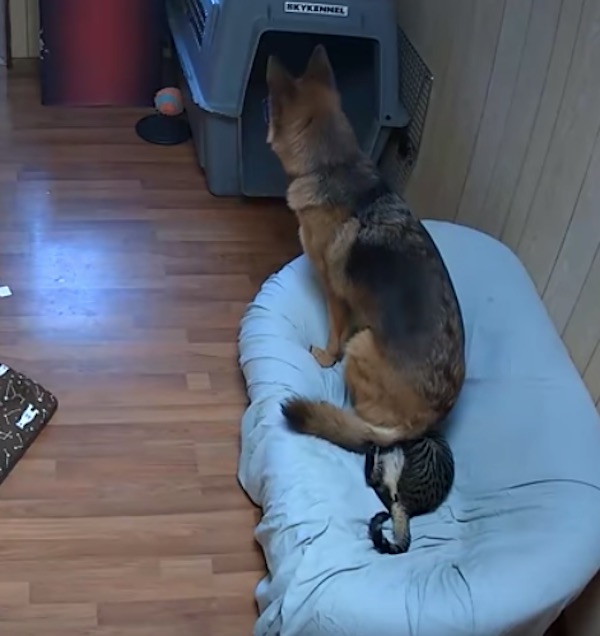 The pet parent told ViralHog Mia decided to sit on the cat:

“My German Shepherd, Mia, got a new bed, but Chewy, my cat, took it. When my dog approached the bed, the cat tried to attack, but Mia didn’t care and decided to sit on Chewy. It’s filmed on a pet cam.”

But really, Mia looks confused about Chewy’s squirming. After Chewy pulls himself out from under Mia, Mia looks over as if to tell Chewy “What? Did something happen?” 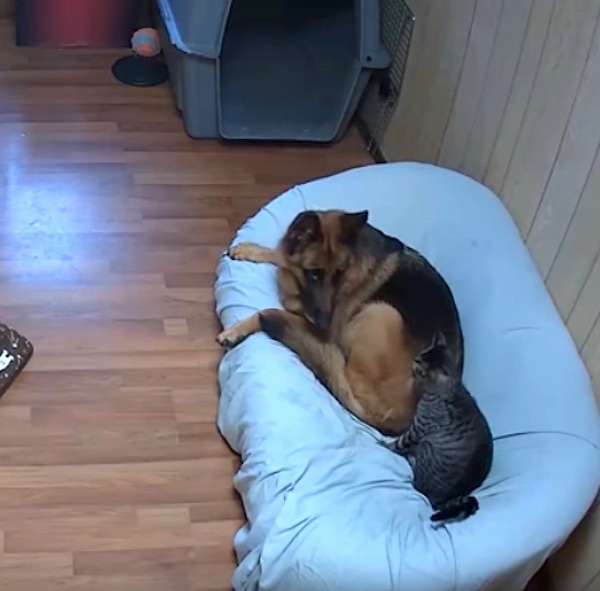 In response, Chewy turns his head and looks directly up at the surveillance camera. It’s as if the cat knows he’s on camera and asking why the hell didn’t his human come to his rescue. 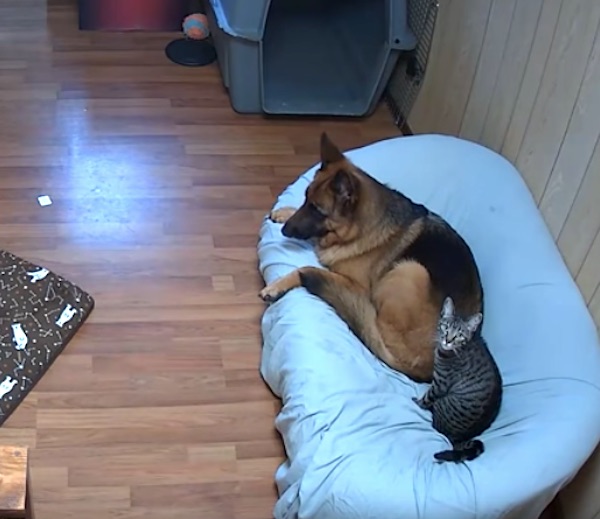 Watch the funny moment in the video below.

Husky Mama Teaches Her Puppies How To Howl

Goofy Bulldog Mom Plays Along with Her Sassy Puppy

Dog Gets Very Own Graduation Picture Beside His Humans