A dog whimpering in a car parked in the scorching heat was rescued thanks to a group of bystanders who heard his cries.

A woman came running into a pet store in Halifax, Canada and said there was a dog trapped inside a hot car. Erin Rowe didn’t hesitate and called 911 and tried to free the dog, who was “100 percent in distress” and locked inside a small travel carrier with little ventilation.

“I was absolutely devastated that someone actually still does that in today’s day and age with all the warnings out there. So, I jumped into action. So it was like my own child, my own dog,” said Rowe.

Someone was able to reach into the car window and hit the unlock button. They brought the dog inside the store and cooled him down. 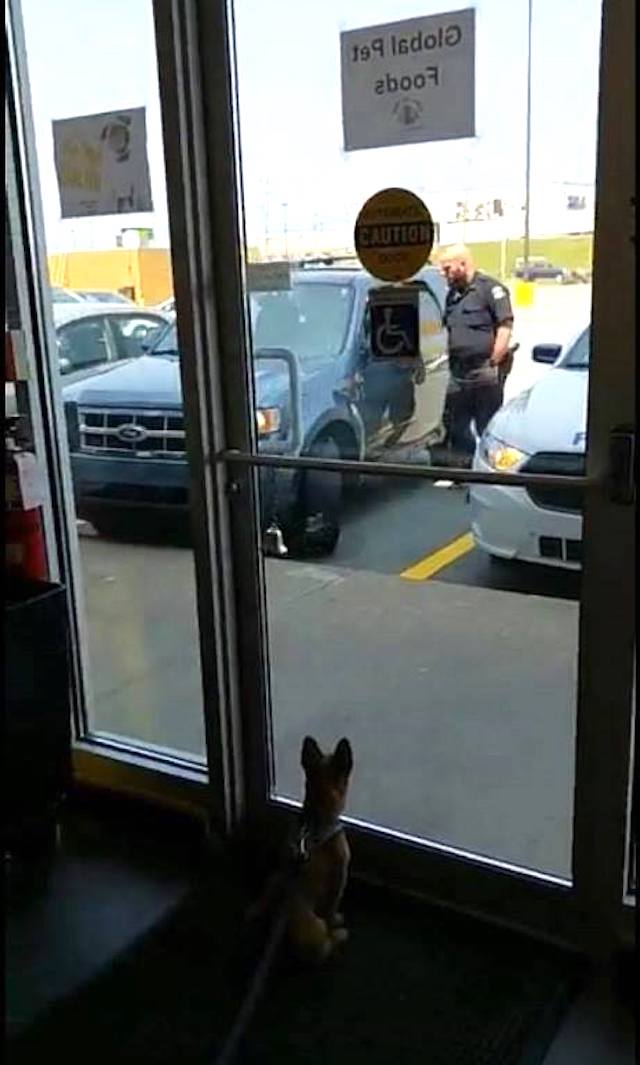 The dog’s owner returned to the car after about 30 minutes later and Halifax Regional Police gave her a summary offence ticket and a fine of $700.

Rowe hopes the owner learned a lesson. “It’s just devastating to me to think that people still do that in this day and age,” she said. With the region expecting a heat wave, Rowe hopes dog owners leave their dogs at home.