When it comes to popcorn, Ruby the mini Golden doodle will drop everything she’s doing to try and get a bite. That’s obvious in this cute clip her humans filmed while they were eating popcorn on the couch.

The couple from Springfield, Missouri explain that Ruby is easily distracted when it comes to the snack, telling ViralHog:

“My fiance Sarah and I were relaxing after coming home from our jobs and decided to watch a show together while eating popcorn. Ruby, our mini Golden doodle, enjoys surveying our front yard from the living room window for passer-by’s, squirrels, and birds. She easily loses focus when we start eating popcorn and switches focus between gazing outside and a potential snack. This is a rare, but high value treat for her, as it’s not the healthiest snack for dogs.” 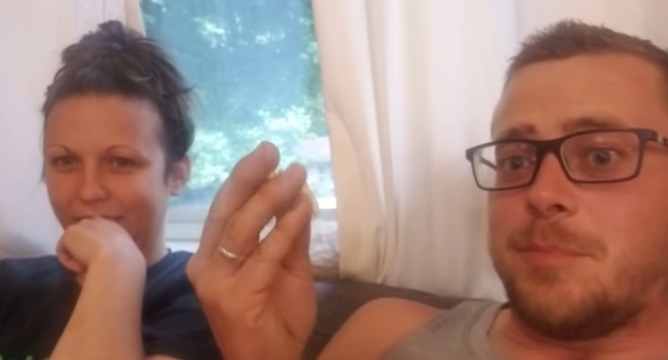 Although she knows she’s not going to get it often, that doesn’t stop Ruby from trying to get some. 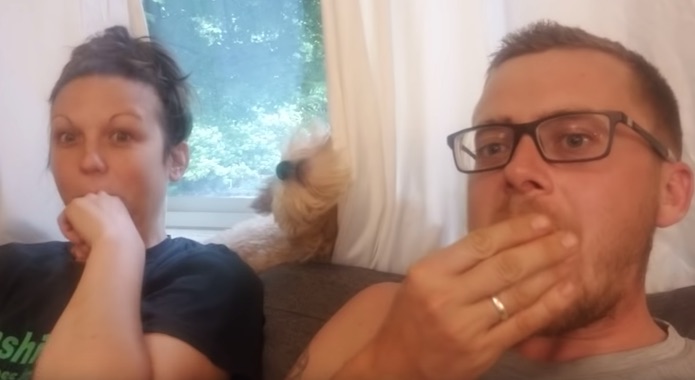 “She started doing this thing where she would check to see if we were willing to give her the snack in the most lackadaisical, Muppet-like motion, so I had to pull out my camera and capture the moment for ourselves. We couldn’t stop laughing while she was doing it or after watching the video!”

The moment she pops her head out to see if she can have some is is hysterical and her family is happy they captured the cute scene on video, although they didn’t expect it would make so many other people smile.

“We are rarely on social media, but I posted the video to share our enjoyment of it and were happy to find so many others found enjoyment and laughter from it as well. We didn’t post it expecting it to go viral and are just happy to know it brings joy to others without knowing us or Ruby.”

Watch the adorable popcorn-lover in the video below.

If you have any trouble viewing the video above, try the one below.

Dog Steals Owner’s Car Keys to Stop Her From Leaving

Smart Dog Hilariously Tries To Build A Snowman All By Himself