A Corgi who got shaved a little too close for comfort after a mistake at the groomer’s is highlighting the “do’s” and “don’ts” when it comes to double-coated dogs.

The Corgi’s owner posted a picture of their Corgi on reddit after she was accidentally shaved at the groomers. The Corgi’s bottom half appears closely shaved, leaving only her head untouched!

The dog’s owner doesn’t lay full blame on the groomer writing on reddit, “Well to be fair, we didn’t know we weren’t supposed to cut fluffy Corgi fur, so we just told her to trim it. Didn’t think she would go this close!” 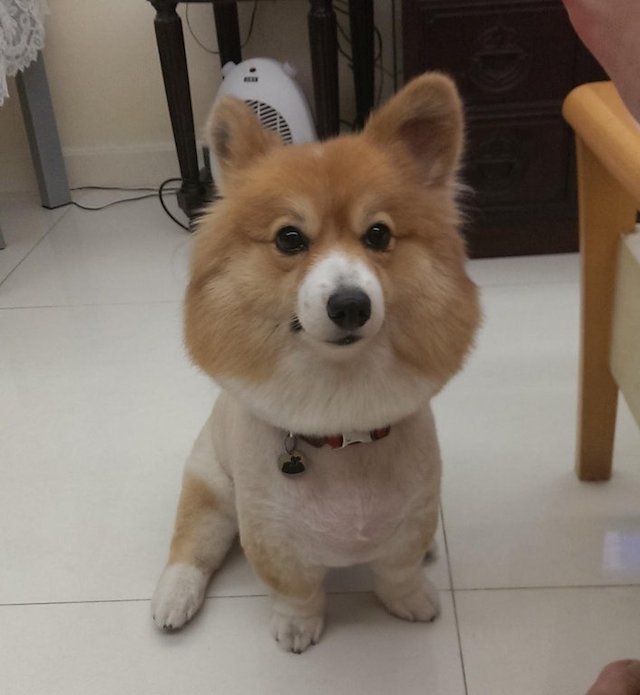 The unfortunate accident highlights the need for education both among pet parents and groomers.

After seeing the photo, many people chimed in with advice and their own stories of their double-coated dogs getting shaved.

“My husky mix had the fluffiest straightest ‘pants’ until my now-ex insisted that his butt be shaved down and rounded (I don’t know how to explain it any better than that). His ‘pants’ are fluffy again three and a half years later, but they’ve never looked the same,” wrote one.

“Not to be THAT guy, but a good groomer will know that breeds with double coats should NEVER be shaved,” said another. “It’s bad for their skin and shaving could cause permanent damage to the coat.”

Groomers also pitched in, advising such mistakes can have lasting negative effects on a dog’s fur, advising dog owners to educate themselves.

“Can confirm, I am a dog groomer and I would ask someone like ten times (and try to educate if someone was adamant) to make sure before actually shaving their Corgi, husky, Golden, etc. Some people really insist, though, unfortunately.”

One dog owner explained that she is vigilant after her dog was shaved too much, but she also revealed she’s been ridiculed by uneducated strangers for not shaving her dog. “I have a fluffy, double coated mutt, and getting her groomed gives me so much anxiety. She was shaved too much for her spay surgery and that hair never grew back correctly…The worst is all the people who ‘advise’ me to shave her at the dog park. One lady even said I was cruel for not shaving her down in the summer! (My dog is also all black so we are extremely cautious in the heat). I tried to explain to the woman that the coat insulates the dog to either be warm or stay as cool as possible because dogs do not sweat, but she wouldn’t listen. She even tried to get the park warden involved. Thankfully we know each other from college and again from how often we are at the park, so it’s never been an issue. In the summer, we just limit the amount of time she is outside during peak daylight and heat, and do all of her exercise first thing in the morning and later in the evening as the sun sets.”

Similar to this Corgi, one Husky got shaved too close upon his owner’s insistence. The photo of the shaved husky went viral and caused quite a bit of controversy.

Dogs with double coats are not supposed to be shaved because their fur not only works to keep a dog warm in the cold, it also works to keep them cool in the heat. This is because air is “trapped” between the layers of fur and acts like a natural air conditioner, shielding a dog’s skin from the sun.

One groomer shared a picture of a dog who was improperly shaved and whose fur grew back patchy. The groomer advised that improper shaving can have lasting consequences. “After awhile, his coat won’t come back, it will become patchy, will thin out and basically all around unpleasant to touch,” they wrote. “Won’t be the smooth fur coat you fell in love with in the beginning.” 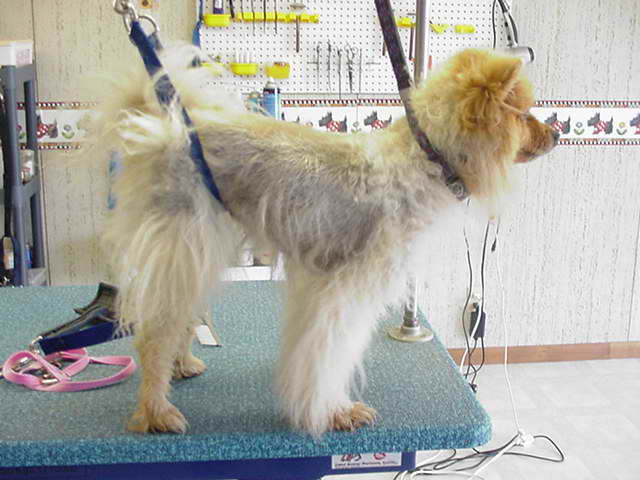 That’s not to say a dog with a double-coat shouldn’t be groomed. Having a proper rake brush to get rid of the dead hair in the undercoat, and regularly brushing and trimming a dog’s fur, will ensure that they are properly insulated and that their fur is “functioning” properly.

There are also occasions where shaving a dog’s fur is a necessity. This advice naturally excludes medical emergencies where shaving or trimming is necessary due to a health issue or neglect (eg severe matting of fur).

“Husky owner here. The only legitimate reason I can see for doing this is why we had to,” wrote one dog owner who explained their dog had medical problems. “She had an assortment of issues, including at one point an emergency vet thinking she might have had Lupus. She’s had multiple issues with her skin. At one point they were forced to shave her down (a 4″ x 7″ or so patch) to see what the problem was, diagnose, and medicate it accordingly.”

As for dogs with single coats, shaving them in the summer isn’t such a great idea either, as you are simply exposing the dog’s skin to more sun and therefore an increased possibility of sunburn. Again, trimming fur (instead of shaving) can be a good way to keep a dog’s coat healthy and clean through the summer months.

Read more about trimming or shaving a dog’s fur in our article: Shaving Your Dog’s Coat: Should You or Shouldn’t You?

Also dogs with thin coats like Bulldogs, Boxers and Pit Bulls (especially ones with white fur) actually need to be protected from the sun, to prevent them from sunburning or potentially developing skin cancer. For these dogs, keeping them out of direct sunlight and protecting them with outerwear is a good idea.

So what happened to the once-fluffy Corgi? She’s back to normal, but only after a few years of growing. 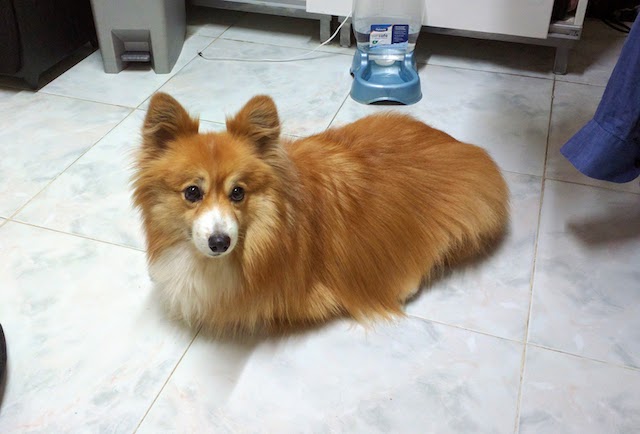 “Since everybody is asking, this photo was years ago,” explains the dog’s owner, “her fur grew back to its former glory in about two years after that.”