A friendly Pit Bull created a moment of panic for construction workers when he showed up out of nowhere looking to play. Uncertain if he was nice or not, the men are seen on video clamoring onto a countertop to get to safety.

Filmed in Rodnia, Brazil, the Pit Bull apparently escaped from a neighbor’s house and “wanted to play with our team members who weren’t having it at first”. 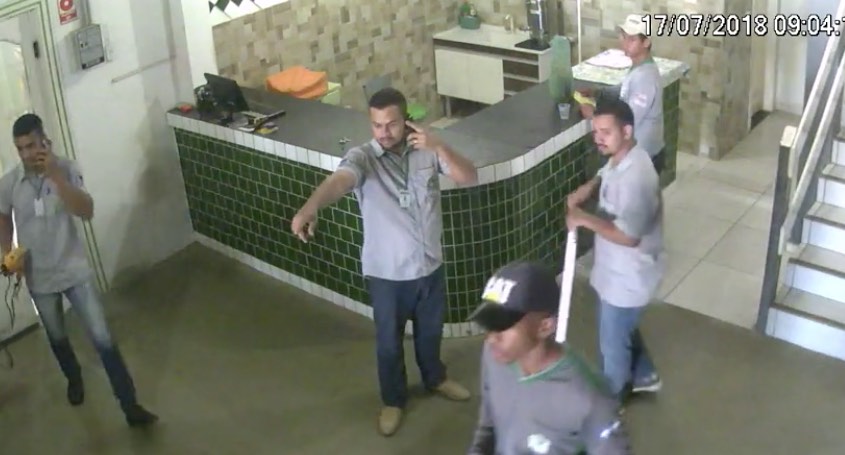 In the footage, the men are talking in the lobby of the building when they stop dead in their tracks when they notice the dog heading towards them. They scurry away the moment the dog comes through the door and are tripping over themselves trying to get away from him. 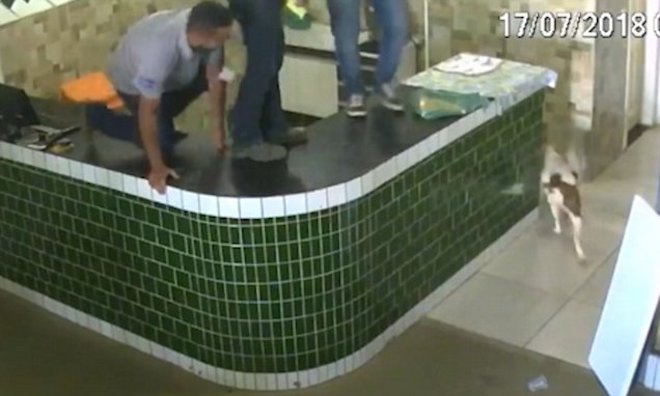 It’s clear to the viewers that the dog is pretty friendly – he’s wagging his tail the entire time he follows after them. At one point, the dog puts both his front paws on the counter to get closer to the men. 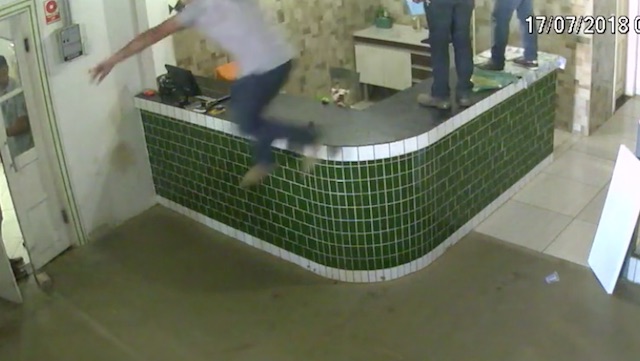 It takes a minute, but the men finally realize the dog is just there to say ‘hello’. That’s when they break into smiles, laughing at themselves and end up giving the good doggie pets and attention.

Watch the funny moment for yourselves in the video below.

If you have any trouble watching the video above, try this one below.

Dog Loves To Dunk Unsuspecting People Into The Pool