Sunny is a sweet 1-year-old rescue dog who loves lounging and sleeping with a brick. It’s a curious think but his human mom, Ariana Smoak, jokingly says the brick is Sunny’s “best friend”. 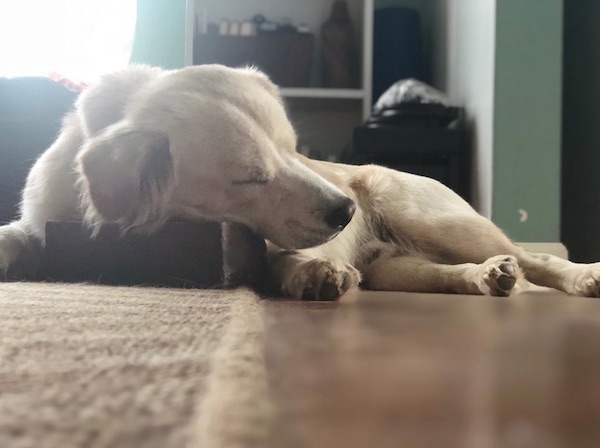 She shared adorable photos of Sunny snuggling with his “best friend” on Twitter, and the photos instantly went viral. 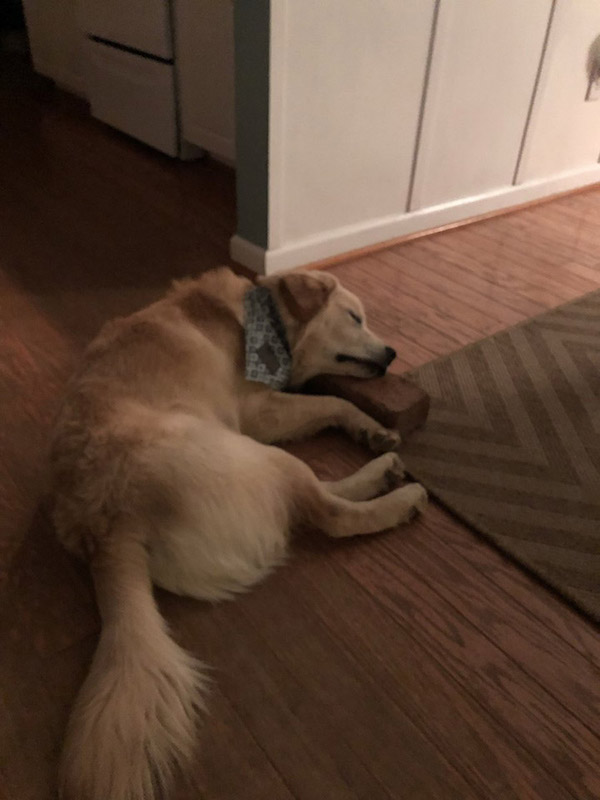 She rescued Sunny as a puppy off the streets last year. The homeless puppy was covered with fleas. 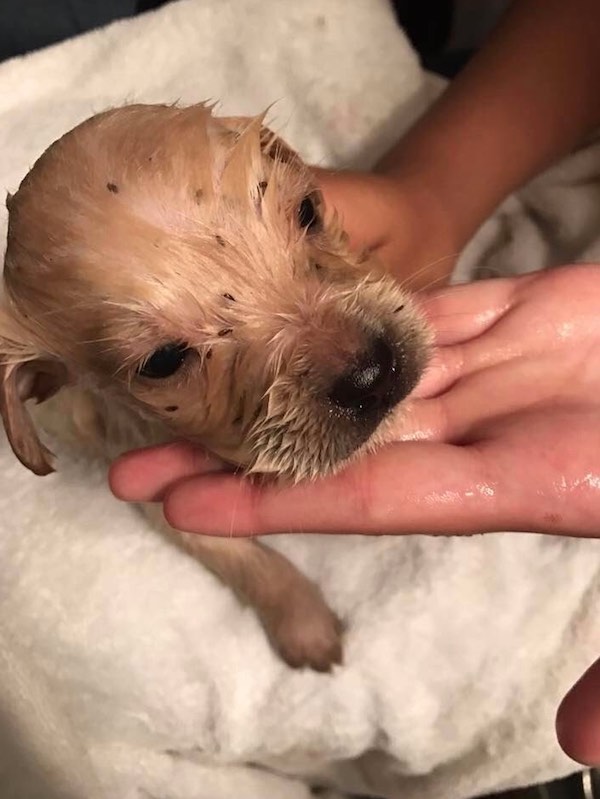 But Ariana nursed him back to health. 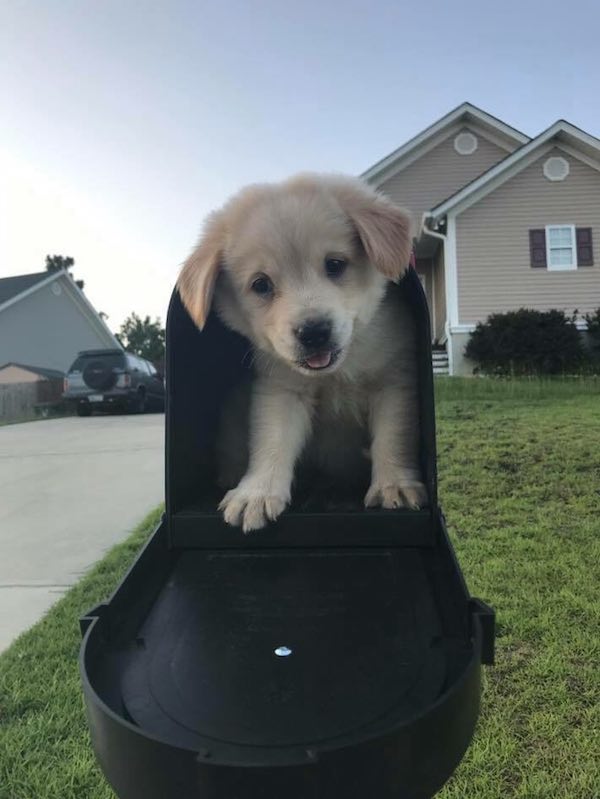 Shortly after, Sunny was introduced to the brick sitting on the carpet in the living room. 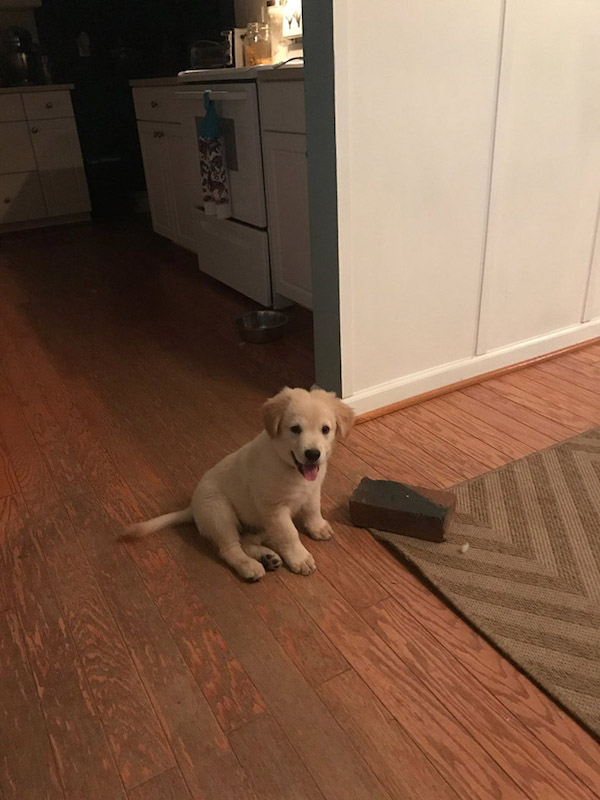 The brick was placed on the floor to “keep the carpet down” explained Ariana. 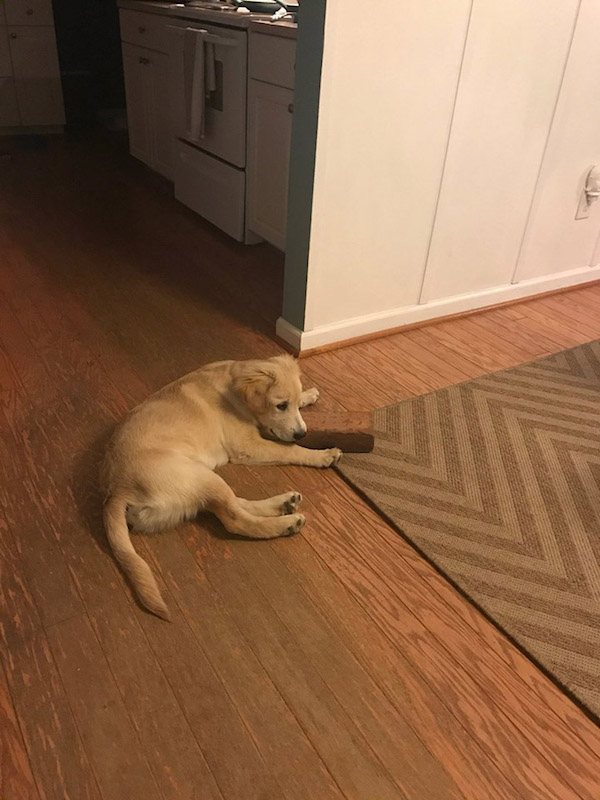 From that point forward it became Sunny’s favorite head rest. 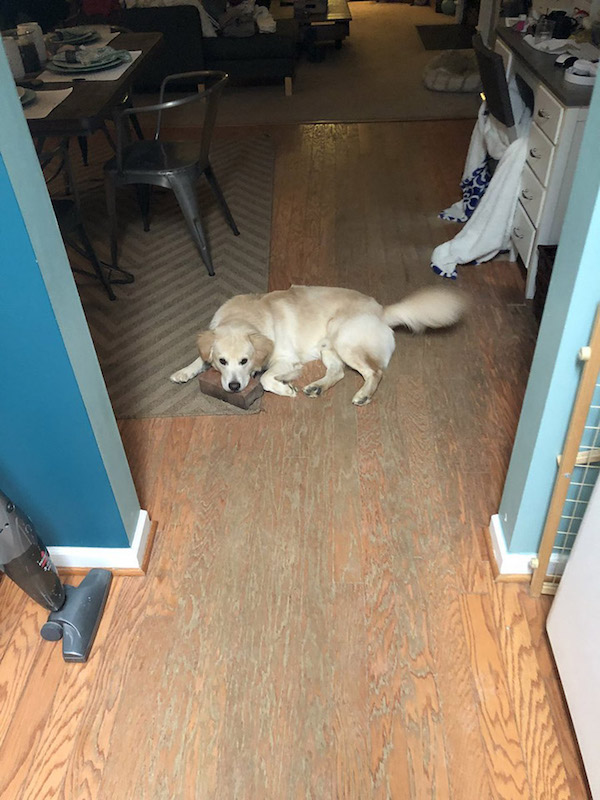 He loves resting on his brick. 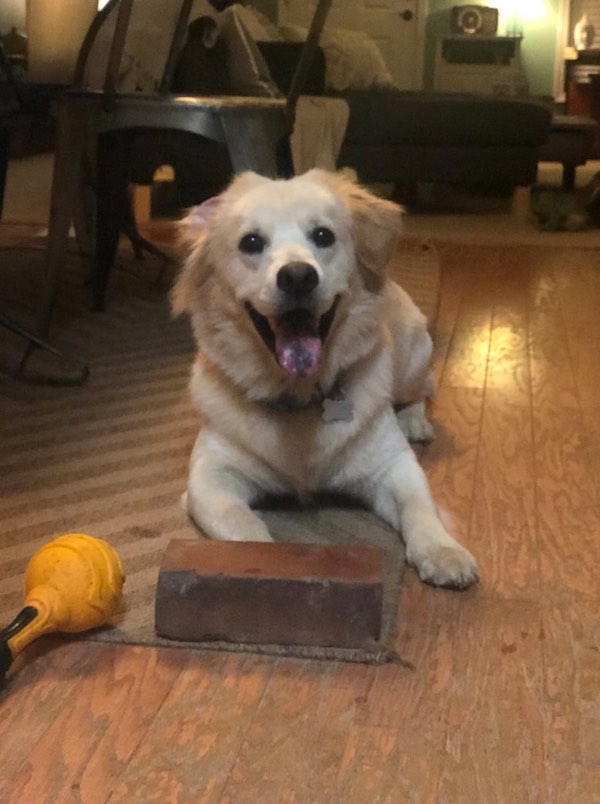 Photos of his quirky but lovable behavior have since been seen by millions of people, who have fallen in love with Sunny and his brick. 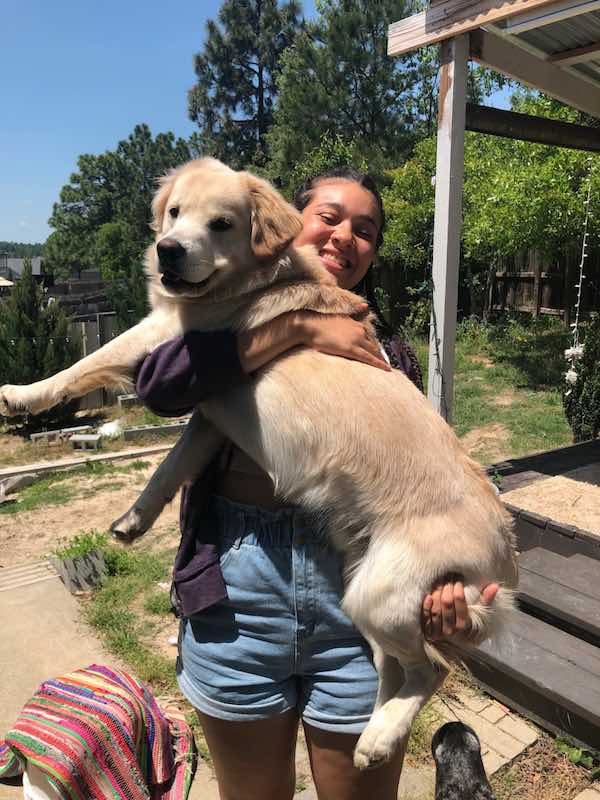 Ariana tweeted, “Thank you all for all the love. We aren’t going to let the fame get to his head haha.”

15 Naughty Dogs Who Just Want To Help Out Their Moms