Whether on patrol or sniffing out contraband, Vancouver’s police dogs are hard-at-work keeping the community safe. They also put in some time every year to help a good cause while having some fun.

Last year’s calendar highlighted Vancouver Police Dogs and their handlers in and around the Canadian city. 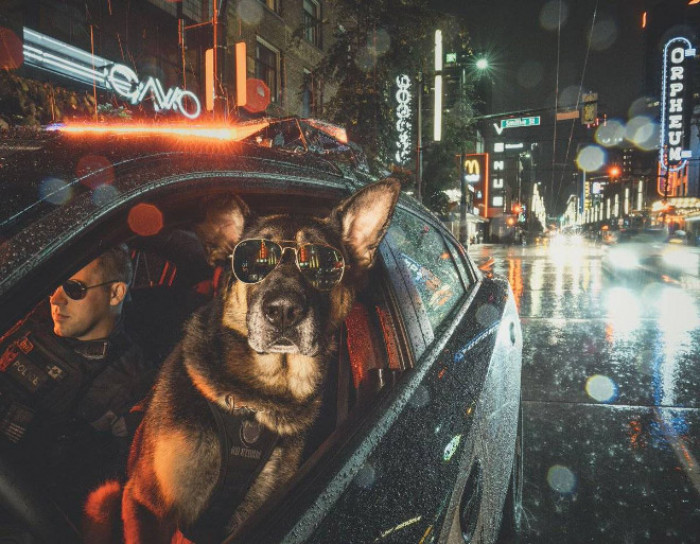 The Vancouver Police Department (VPD) Canine Unit has 16 handler/dog teams. They work 24 hours a day, seven days a week.  It’s no wonder they deserve a break now and then. 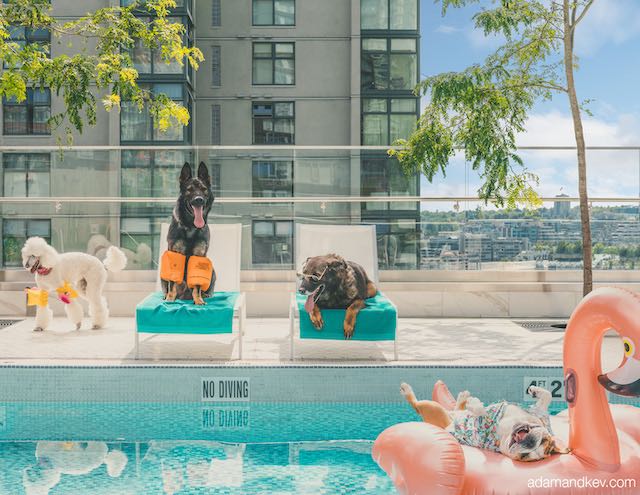 This year’s 2020 Calendar features Vancouver Police Dogs relaxing and enjoying popular activities in and around Vancouver, British Columbia, courtesy of  a group of talented, imaginative photographers. 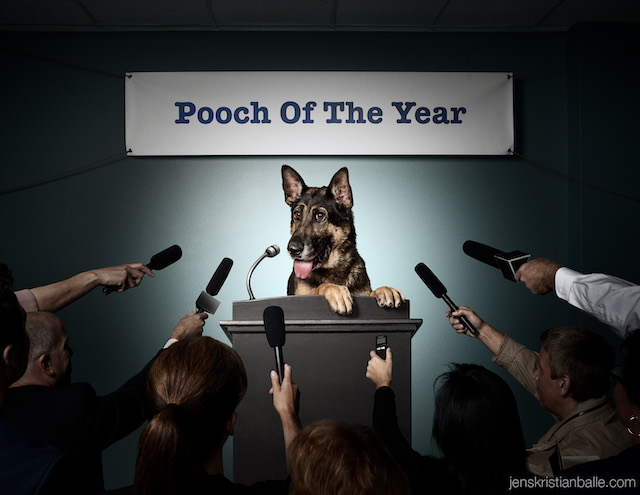 The whimsical photos show the canines participating in many of the popular outdoor activities that Vancouver is famous for. 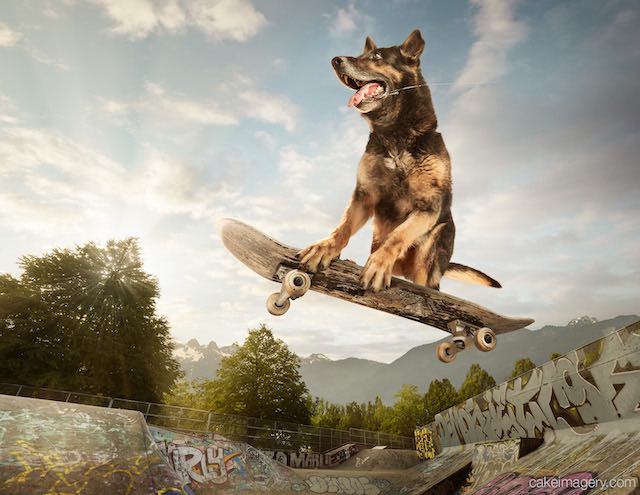 From PSD Rocco trying a different kind of doggie paddle. 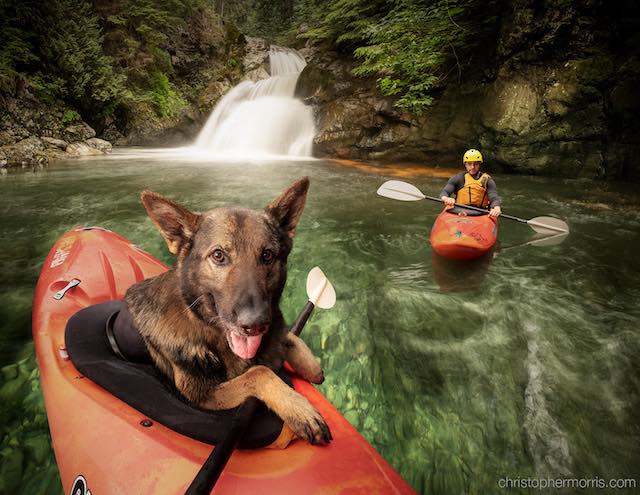 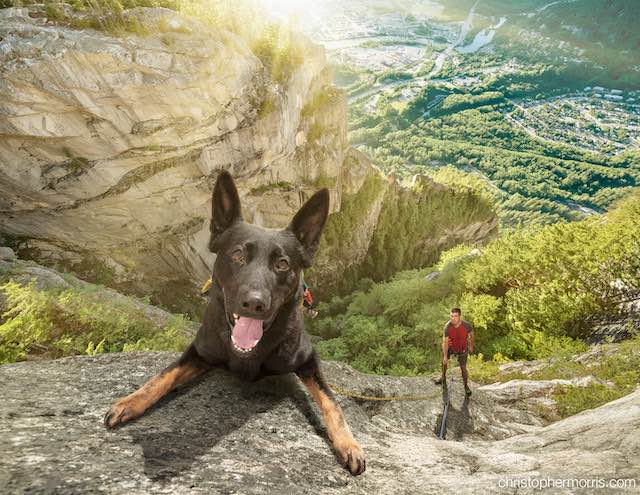 And PSD Vader is playing ball on a whole new level from other dogs. 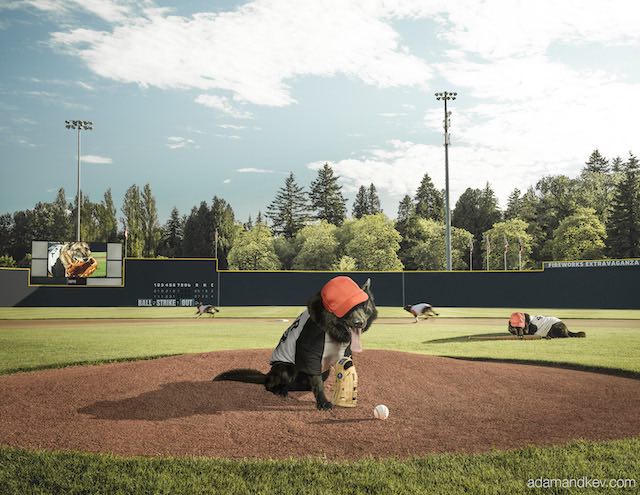 The activities are a far cry from the work the dogs regularly engage in, which include criminal apprehension, narcotics, and firearms and explosives detection.

“The inspiration for this year’s calendar was the fact that the police dogs have, at times, extreme jobs. On their days off we wanted to show them doing extreme things like mountain climbing and skateboarding and otherwise unwinding,” Andrea Wright, Executive Director of The Vancouver Police Foundation, told Reshareworthy.com. 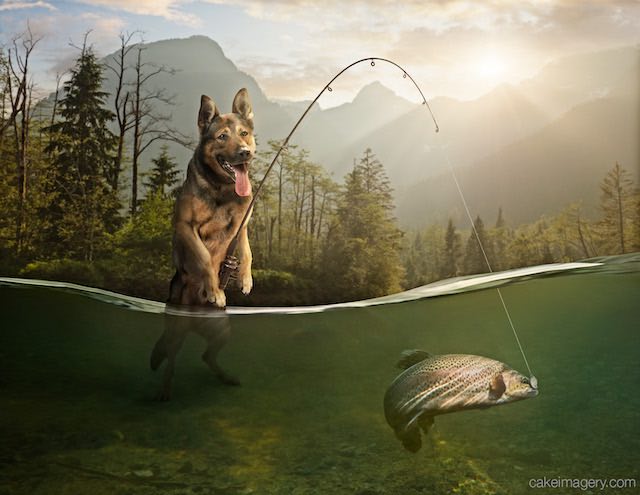 For the dogs that meant time outside. “Most of the shots [of the dogs] were outdoors actually, not in studio,” says Wright. “In some cases the dogs were on the equipment and in others they were photographed in position and then added in to the scene in post production.” 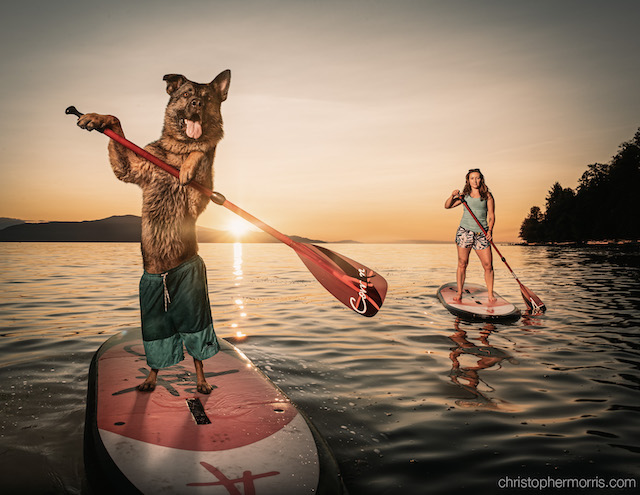 Wright added, “We are so grateful for our talented photographers who volunteered their time for this project.” 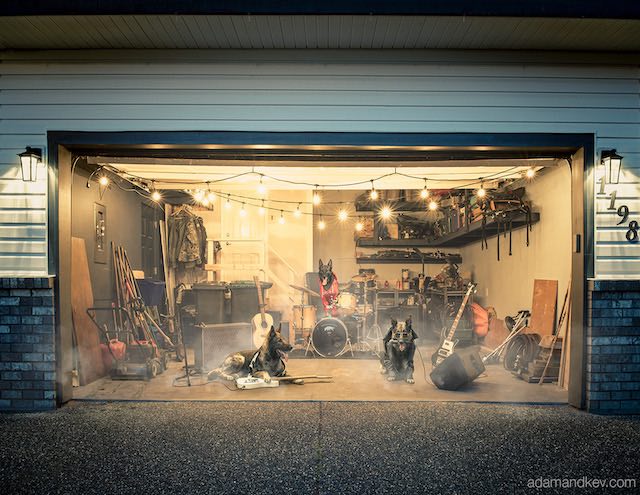 The canines and their handlers are very busy, responding to over 10,000 service calls a year. The annual calendars have also been serving the community for many years. Since 2010 the calendars have raised $450,000 for charity. This year’s proceeds will go to the BC Cancer Foundation and the BC Children’s Hospital Foundation.

Retired VPD Sergeant Mike Anfield established the Candy Anfield Memorial Foundation (which funds and produces the calendar)  in honor of his wife Candy, a VPD officer who lost her  battle with breast cancer. 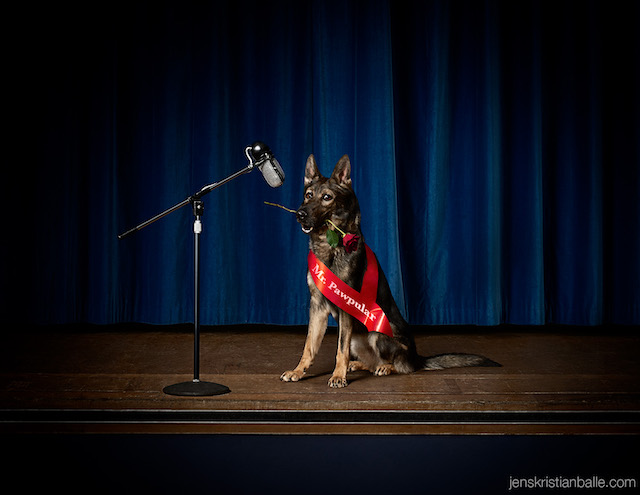 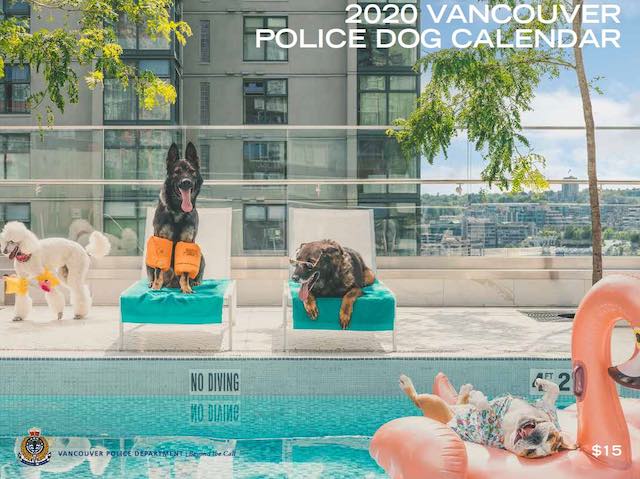