Two 16-week-old St. Bernard cross puppies are safe after spending several days stranded on a ledge of a cliff in Mission, British Columbia. For four days residents in the rural area could hear whimpering and crying coming from the forest.

“It’s day four that I’ve been listening to them whining and crying. They’re obviously in distress,” said Emma Wilfert. “They’re howling and crying all day until dusk.” 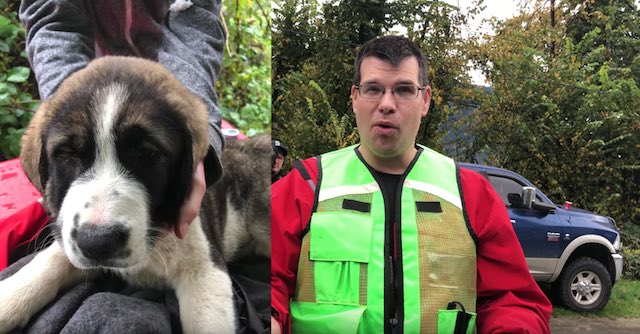 Upset that nothing was being done by authorities to help the dogs, she and her dad hiked into the thick forest to try and find the dogs. They found them near the top of a high cliff. They knew they couldn’t make it to them. Someone was going to need climbing equipment to rappel down to them. That’s when word reached Mission’s Search and Rescue. 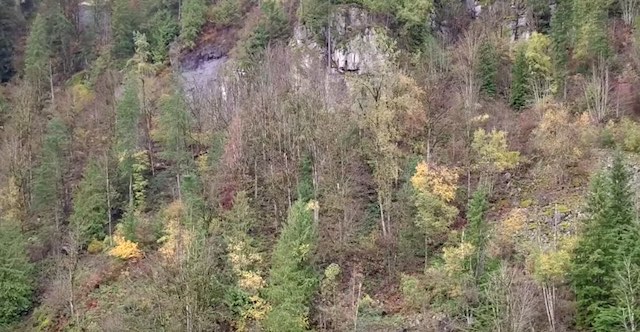 Volunteers with Mission Search and Rescue were notified and knew that if they didn’t rescue the pups someone else would attempt it and that could lead to another rescue being necessary.

“It’s always a concern for us as search and rescue. We want to make sure the public is safe,” SAR manager Dean Osen told CTV News.

It took a crew of 15. They divided into three teams with two teams approaching the dogs from the ledge and one from below. When they reached the ledge the excited dogs rolled into their outstretched jackets. “They were excited to see us,” said Roger, one of the SAR volunteers. 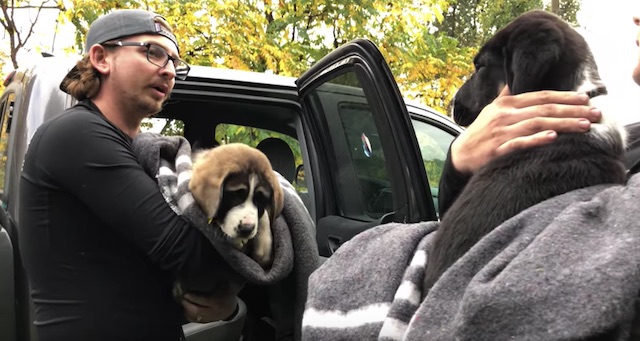 The puppies were so tired they fell asleep in their rescuers’ arms. The dogs were checked over by a veterinarian and were in remarkable shape considering their ordeal. They were thin and cold but not hypothermic and free of injuries and parasites.

It also appears that someone trimmed their nails recently. The veterinarian that examined them suspects the dogs were dumped. The BC SPCA’s animal cruelty department has been contacted and the puppies – now named Duchess and Francine – will remain in their care until they are ready for adoption, just not yet. 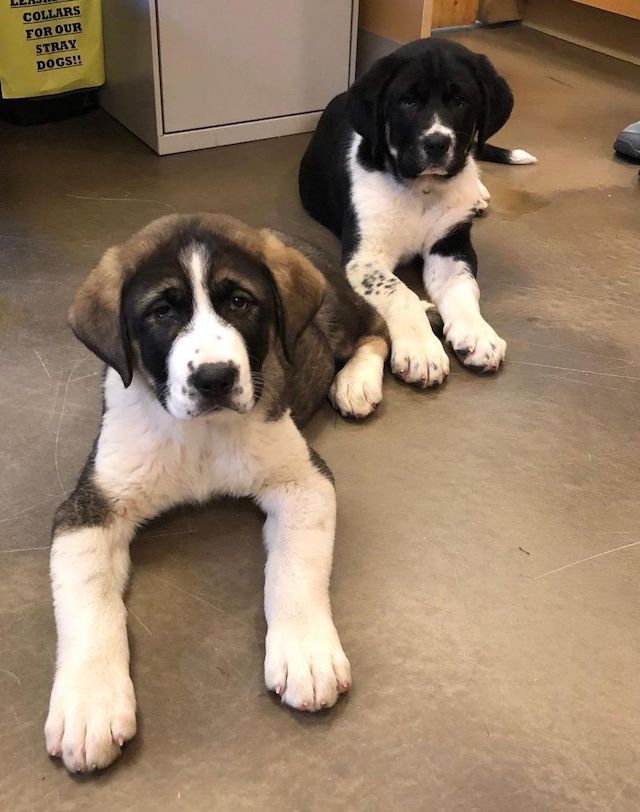 “Duchess and Francine would like to thank everyone for their support while they adjust to life off the mountain,” wrote BC SPCA Maple Ridge Branch. They would also like to thank the Mission Search & Rescue Society for going above and beyond to rescue them and Dewdney Animal Hospital Ltd. for being there to examine them. As these two are still on a stray hold they are not available for adoption.”

But for now Duchess and Francine are happy, healthy and eating well.

Man Adopts Sick Husky He Found Abandoned On The Street