A street dog in Turkey has gotten worldwide attention for using an automatic car wash to get a shoulder rub and clean. According to Turkish media the dog, named Linda, is a regular at the gas station in Izmir.

In the short clip, Linda is seen lining up behind a white van entering the car wash. 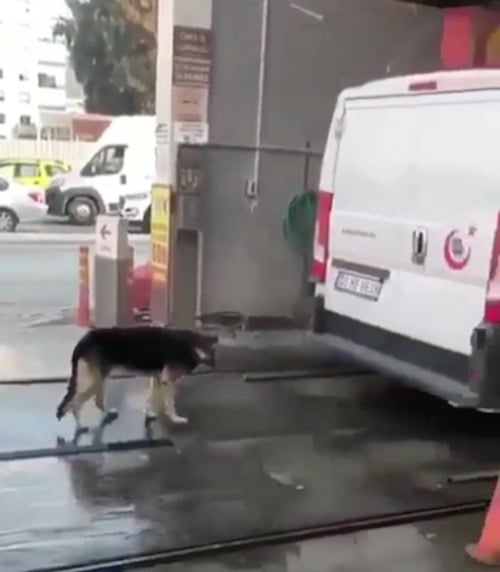 As the van enters the car wash, Linda avoids the soapy splatters but moves in closer when the large rolling red and yellow brushes move over the van. 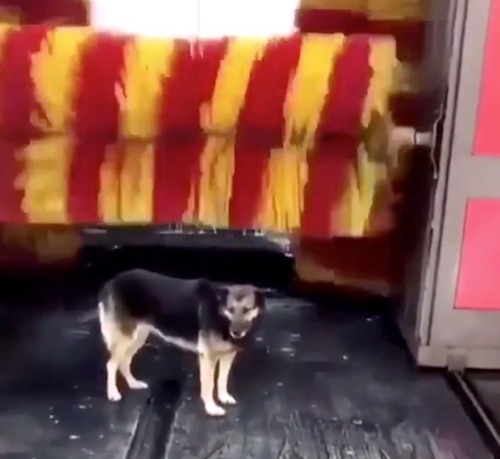 She then positions herself under the brush, letting the rollers clean her and give her a body massage. 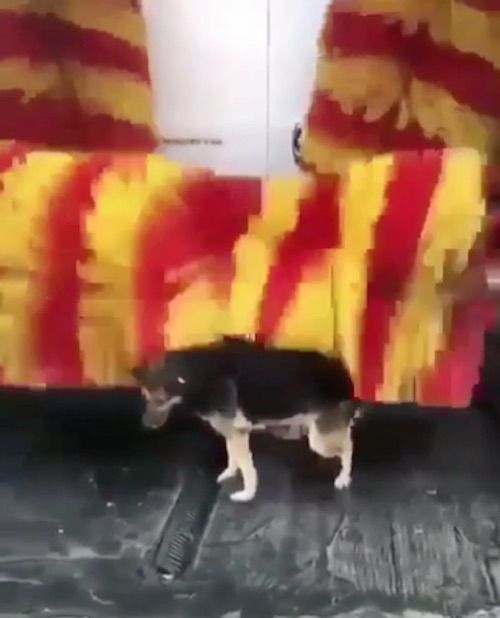 The way she moves around while the brushes do the work shows she’s done this before. And it turns out she does. Locals say she comes a few times a week to use the car wash, Hurriyet Daily News revealed. 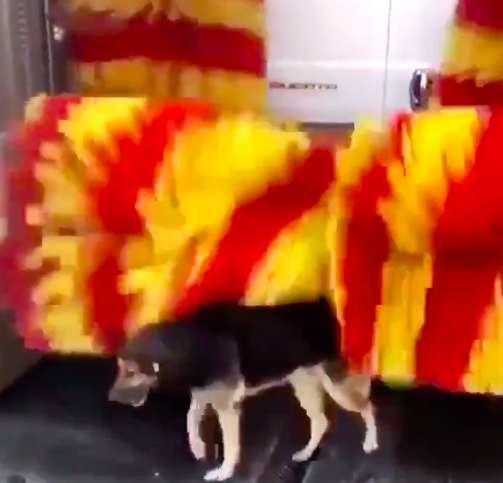 Apparently, Linda is quite well known in the neighborhood and one viewer of the video pointed out the tag in her ear. 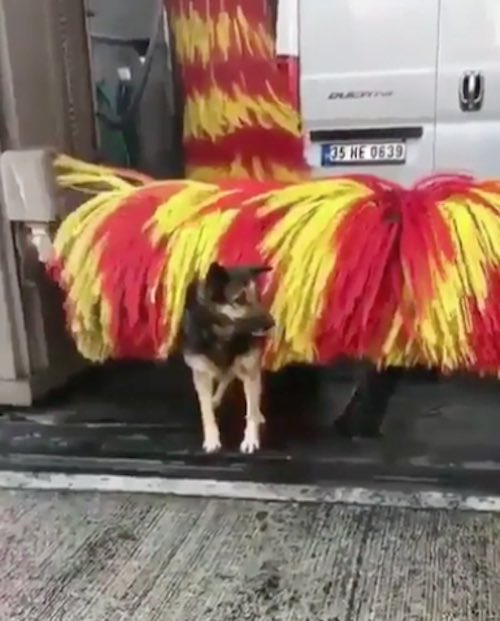 Twitter user @rubbyduckyjr commented on Clint Falin’s tweet of the video: “The ring in her ear means that she’s a stray and has been spayed by the local shelter. The guy in the video talks about her affectionately, they’re probably taking care of her.”

Not all street dogs are treated well in the country, which is thought to have an estimated 150,000 street dogs. But others, like Linda, are looked after by people in the community. Several years ago, photos of stray dogs being given blankets and let into a mall in Istanbul went viral.

Watch the clip of Linda’s car wash clean (or back rub, depending on how you look at it) in the video below.

Golden Retriever Hilariously Refuses to Give Up Baby Pacifier

Helpful Dog Shovels the Backyard Ice Rink All On Her Own

Cute Basset Hound Loves to Rock Around the Christmas Tree