Steve-O is an actor/performer most well known for his crazy performance stunts on the TV series Jackass, but he showed off his softer side on a recent behind-the-scenes video of his trip to Peru.

Steve-O explains he’s on a mission to learn how to mountain climb in Peru, but while there he wanted to find a street dog for a companion.

So, on his first day there he bought a couple of bags of dog food and went around to try and feed them. Many of the dogs were too afraid to approach him, except for one he called Wendy. 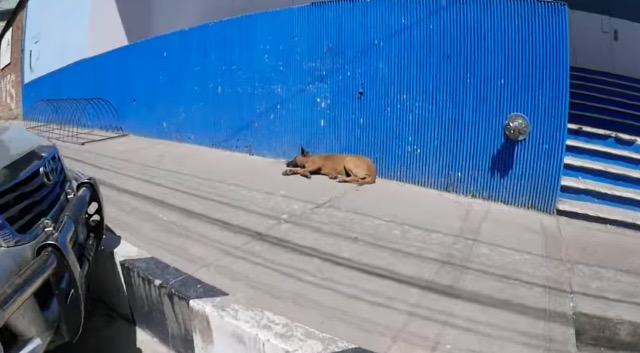 She was friendly and let him pet her. “Right away we had a total connection,” he said in the YouTube video of her rescue.

Steve-O had to go off to work on his TV show, so wasn’t sure when he’d Wendy again, but the dog surprised him.

Later that night Wendy appeared at the restaurant he was dining at, and she brought a bunch of her friends! It was like she told them that he was cool. 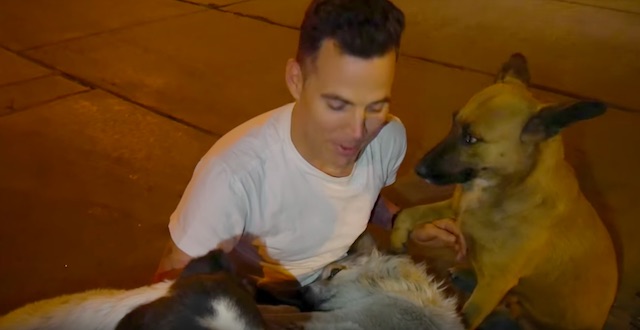 She then followed him and his crew back to the hotel, where he picked her up and snuck her into his room. 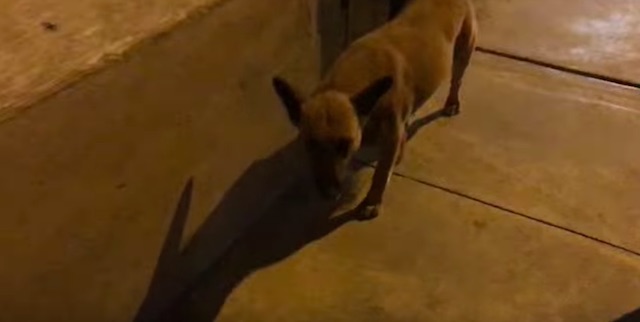 They got caught, but Steve-O made an arrangement to keep her only in the bathroom. 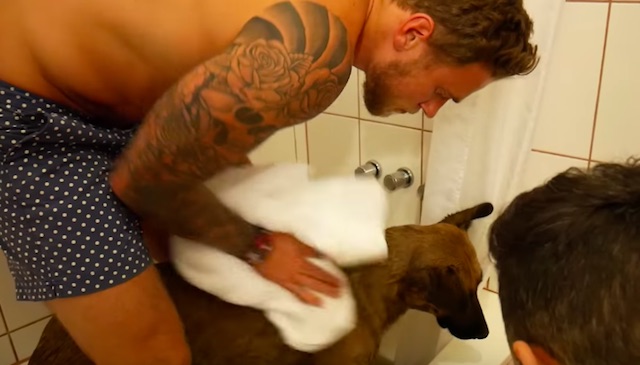 After giving her a bath and cleaning the years of dirt off of her, Steve-O and his friends set up a tent outdoors so he could sleep outside with her.

She seemed to be ok with camping with him outside the hotel. Even though she was free to go, Wendy chose to stick by Steve-O’s side. 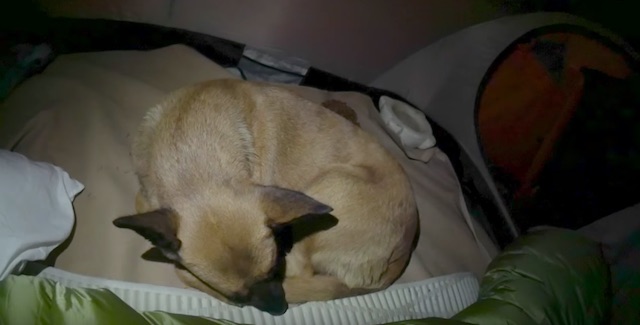 So the next morning, he took Wendy to the vet where she was cleaned again and de-wormed, de-fleaed and given vaccinations.

“She’s no street dog any more,” says Steve-O, who plans on taking her back with him to the United States. She’s already got a flight booked to Los Angeles.

Until then, Wendy is accompanying Steve-O and his buddies on their adventures in Peru. 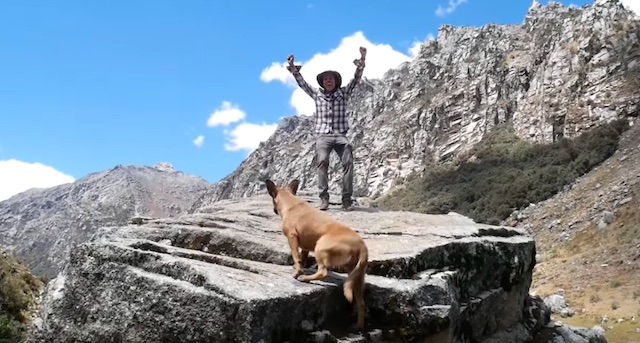 Watch Wendy’s sweet rescue story in the video below.

Good Dogs Help Their Families in So Many Ways

Puppy Drowning In Well Cries Desperately Out For Help