A dog sitting alone on a bus garnered plenty of attention on social media and is on her way to a new life because of it.

The surprising transit passenger was spotted by Gemma Louise Burton while she was traveling on a bus in Bradford, England. She noticed the Staffie-cross sitting quietly in a seat and noted the dog seemed unhappy. “It seemed like she was sad because she was quiet,” Burton said. “She was sniffing around for somebody.”

Burton took a picture of the dog on October 16th and posted it to Facebook, hoping someone would recognize the dog:

“This little cutie came on the 620 bus at Bierley Lane to Bradford this morning. If she belongs to you and you’re in Bradford, please, please come to the Bradford Interchange bus station and collect her.” 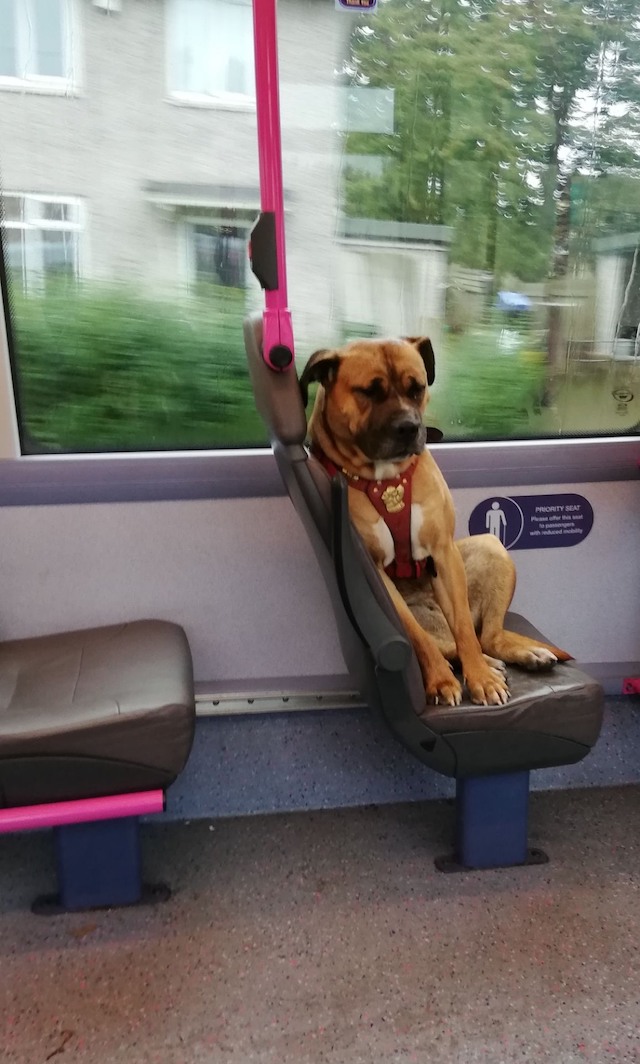 Other concerned passengers aided in the search for the dog’s owner while keeping her safe. The BBC reported that passengers kept the dog from getting off the bus to prevent her from getting hit by vehicles in traffic.

The dog’s picture quickly spread on social media and by the time the bus reached Bradford Interchange an animal control officer was waiting to take her to the nearby animal shelter – Barnsley’s Cliffe Kennels & Rescue. The shelter has named the dog “Olive” after a character from a British sitcom called “On The Buses.”

Despite the publicity surrounding Olive, no one came forward to collect her, so she is now up for adoption. However, the shelter doesn’t expect Olive to stay long with them as they said they have been flooded with phone calls from potential adopters.