A puppy is lucky to be alive after rescuers pulled her from the hot sand after she was buried alive on a beach in West Oahu, Hawaii. The pup now named Leialoha (which means “beloved child”) was baking in the hot sun, their abuser threatening her with a machete, when PAWS of Hawaii received an anonymous tip and came to the rescue. 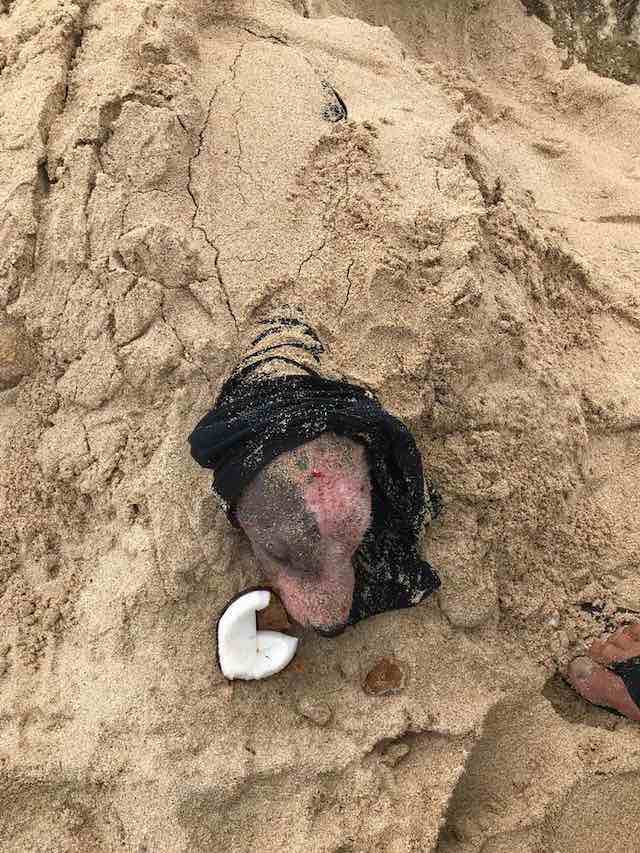 “This beautiful girl was found by one of our team members,” PAWS of Hawaii wrote on Facebook on July 9, 2019. “Someone had just buried her and they had a machete so who knows what was next,” the animal rescue group continued. 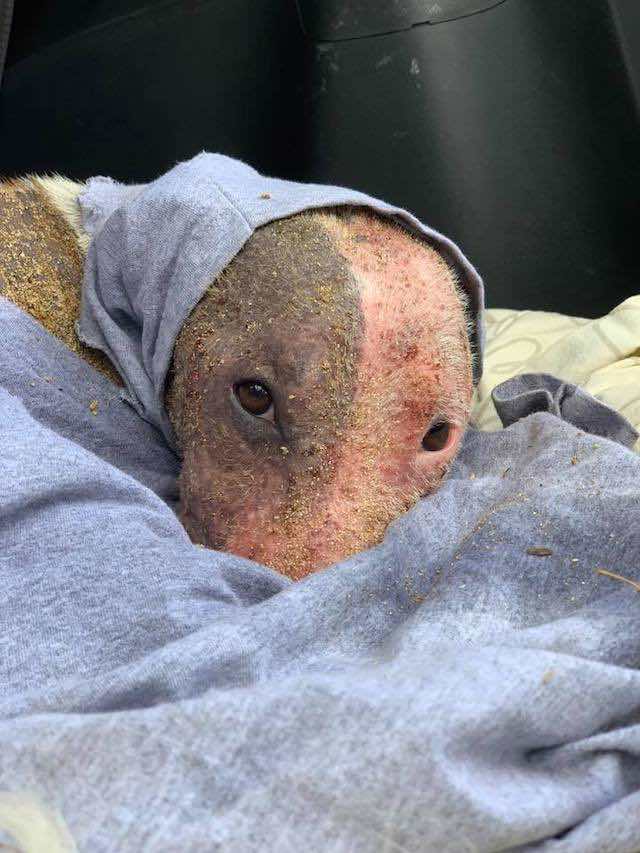 The poor puppy was terrified. She was severely dehydrated and red with blisters from advanced mange and sunburn that made her skin raw and pink and caused her to be “bleeding from every inch of her body,” PAWS wrote.

She was rushed to Aloha Affordable Veterinary Services and stabilized. After a few days, Leialoha’s heartbreaking story came to the attention of foster caregiver Amanda after she saw photos of the pup. “My heart was broken and I knew she needed us to foster her.”

According to KITV the man who buried Leialoha did it because her health condition was too much to handle. “He felt he was ending her suffering by trying to end her life, instead of getting her the help she needed,” Ku’ulei Durand, the executive director of PAWS of Hawaii, told the news station.

The animal rescue later said on Facebook that police are actively investigating and looking for the person responsible, although it is not clear if they have a suspect.

Meanwhile, Leialoha has come such a long way in a short time with her foster family, enjoying giving kisses and getting cuddles.

“Look at Leialoha as she gives her first kisses to her foster sister and see her personality start to shine through. What a blessing that she is healing so well.”

“She’s a cuddler! Leialoha is warming up to the idea that not all humans will hurt her,” said PAWS. “She is loving on her foster mom and resting so she will heal up quick.”

Since her rescue, Leialoha has received adoption inquiries from all around the world. “What a blessing to see that so many people love and care for this precious girl,” wrote PAWS. “We are very happy to say she has a wonderful family from Hawai’i (Big Island) interested in giving her a forever home once she’s heal[ed] up.”

Learn more about Paws of Hawaii’s rescue work at their website.