A man in New Mexico came to the rescue of a dog he heard barking from a hot car. But he says he hesitated at first, not knowing if it would be better to wait for law enforcement or break the window.

Gerasimos Klonis was leaving a restaurant with his girlfriend when he saw the dog sticking his snout out of a two-inch crack in the car’s window, trying to get air. “It was obviously struggling to breathe,” Klonis said of the dog. 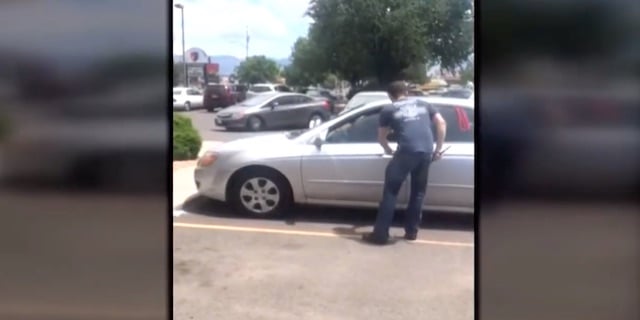 The couple chose to call police and then waited 10 minutes. When no one came they called again and waited an additional 10 more minutes. After seeing the dog scratching and trying to get out of the car, Klonis made a judgement call and grabbing a crowbar he smashed the window and pulled the dog out.

The dog was so thirsty and lapped up all the water they offered him. 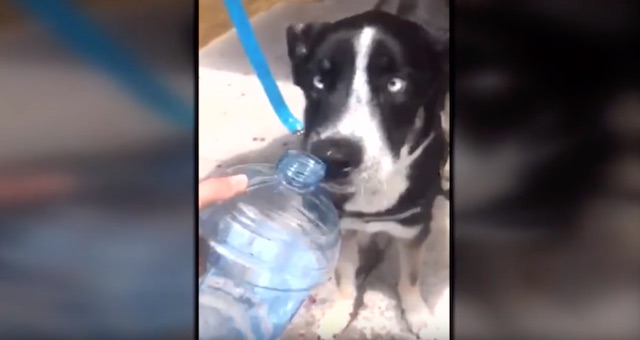 A few minutes later police and animal welfare arrived. The owner was cited for animal cruelty. Klonis told KOB 4 News he would act faster in the future, “The longer I waited the more I was thinking about this moral dilemma to myself the more the answer became obvious to me because the dog was in clear distress.”

The laws in Albuquerque allow for Good Samaritans to break into a car to rescue a dog or child. Although this Good Samaritan law is being adopted in many US states, every municipality and state have their own rules when it comes to helping a pet in a vehicle in extreme weather. In some states it is illegal to break into a vehicle yourself – it has to be carried out by the authorities. Please contact your local animal rescue, shelter or law enforcement to learn what the law is. We also have some helpful tips in our articles 10 Critical Steps to Take if You See a Dog in a Hot Car and How to Identify Heat Stroke in Dogs.