A street dog who was made fun of for being morbidly obese has travelled halfway around the world for a better life.

Mercedes began life as an abandoned dog – dumped from a Mercedes Benz at a Bangkok market in Thailand. She was adopted by a kind-hearted food vendor who looked after her for several years. After the food vendor passed away Mercedes was looked after by the other vendors at the market. Mercedes would spend the day walking around the market getting food from the vendors, customers and tourists. 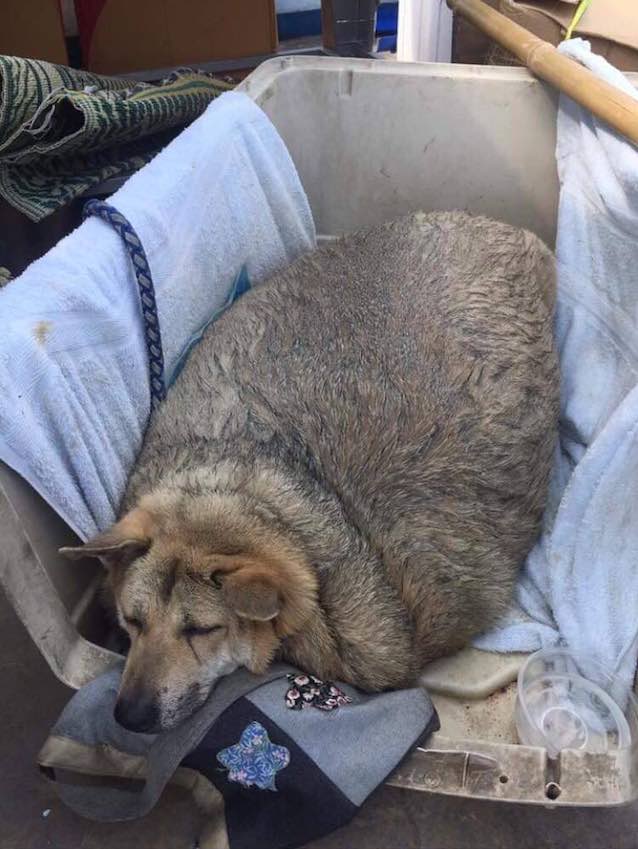 But “they cared for her a little too much, essentially feeding her nearly to death” Geneviève Smith explained on GoFundMe. Mercedes ballooned to 55 kg (120 pounds) when she should be around 20 kgs (44 pounds)!

Soon, Mercedes was so overweight she could barely take five steps. But still customers would feed her as she lay in front of a shop. She began to get attention on social media, but it was not the kind of attention that was going to help her.

She was called “the fattest dog in Bangkok” and the subject of a reddit photoshop battle. 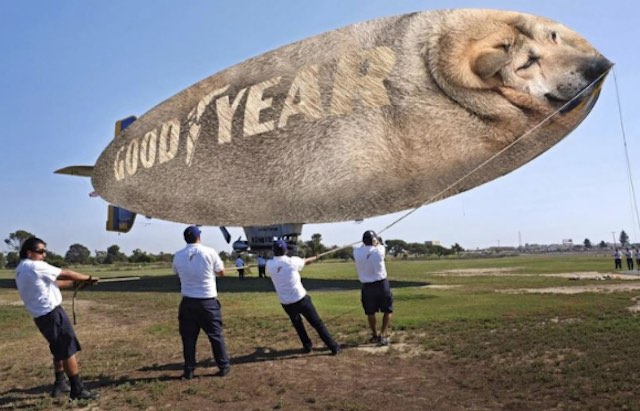 Mercedes’ morbid obesity would mean a shorter life for the dog. So a year ago, Cristina, an animal rescuer who runs a foster home for dogs in Thailand, stepped forwarded to help and took Mercedes home. Under her care, Mercedes lost 27 kilograms (59 lbs), which was great, but Mercedes still had excess skin that hinders her walking and gets lesions and sores and causes bladder infections.

Mercedes’ caregiver put out an appeal to international rescuers for help. Her plea came to the attention of Geneviève Smith in Canada. She raised enough money to fly Mercedes to Ottawa and found a veterinarian willing to do the surgery and found a foster mom in Dacey Traill.

Traill has been looking after Mercedes for the past two weeks and says the dog is a “beautiful and calm soul.” Traill agreed to foster Mercedes because she believes the two have a lot of common. Traill had gastric bypass surgery a few years ago and lost 45 kilos (100 pounds). She told CBC News that she knew how Mercedes felt.

“I can relate to her and what it’s like to be kind of heavy, not very mobile, not energetic, just not really loving life at all. I think what spoke to me is that I can’t imagine having all this extra skin and not being able to have the right mobility, even after losing all that weight.”

Although Mercedes didn’t know what a walk was, Traill managed to coax her through it. “Now she loves going out for walks. She prefers being outside.” She is also getting Mercedes a lifejacket so she can go swimming and work off the remaining 5 kilos she needs to lose in order to have the surgery.

Smith told CBC that she is often asked why she is volunteering to help a dog from a foreign country, and she responds that it’s much like foreign aid and she simply wants to help Mercedes change her life.

“I think it doesn’t have to be one or the other. We can help all these sweet animals from all over the world. They’re all deserving of a better life.”