Staff with the Richmond SPCA in Virginia are calling it one of the “most appalling” neglect cases they’ve seen in decades. A dog, kept under a bed for two years, could barely walk or eat, when he was surrendered by his owners three months ago.

“The owner told us he had Lionheart under a bed for 2 years and had only kind of just put food under the bed,” Richmond SPCA CEO Robin Robertson Starr wrote on their website. “Lionheart had been completely been without any human attention and affection for a considerable amount of time.” 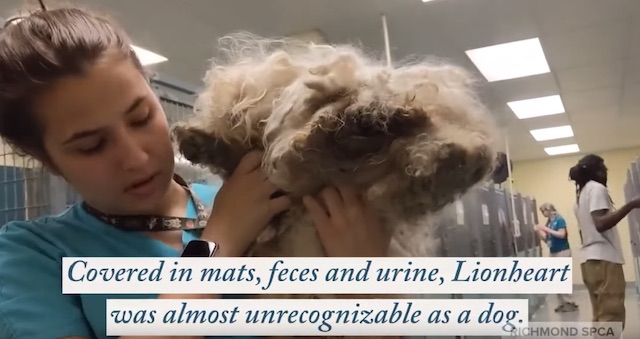 The 7-year-old poodle was so severely matted that he was unable to eat, drink or walk properly. 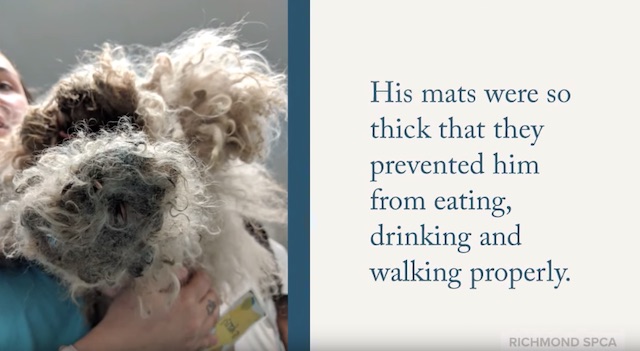 The humane society and veterinarians immediately began to tend to the ailing dog. It took caregivers several hours to remove pounds of tangled fur from his body. He also had severe periodontal disease and was riddled with parasites.

But through it all, Lionheart’s adorable personality began to emerge. 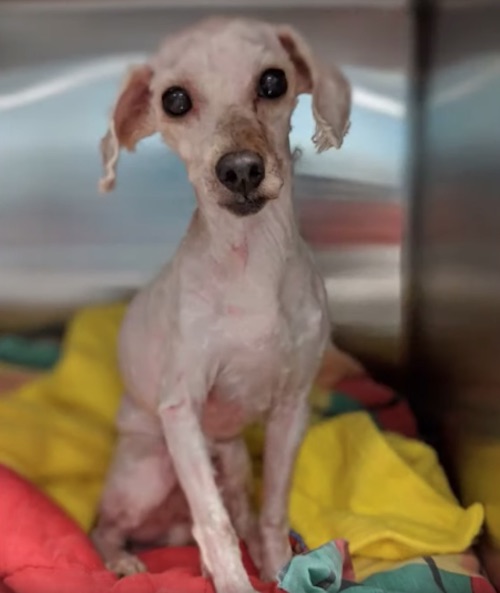 Lionheart was surrendered back in April and it has taken until July for him to be ready for adoption. The SPCA happily announced that Lionheart has been adopted by a couple who absolutely adore him. They were shocked when they learned such a “lovable” dog was treated so poorly. 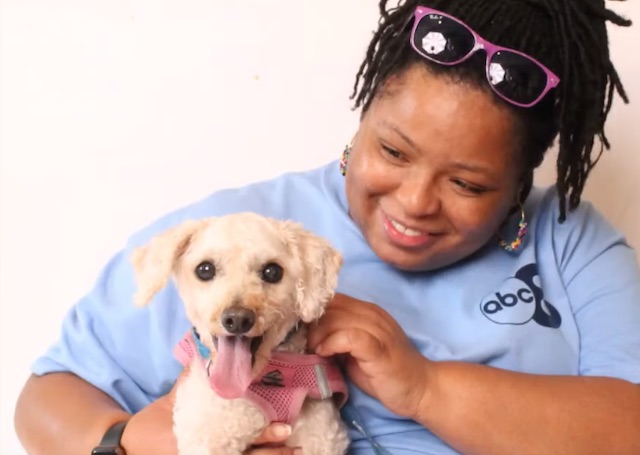 “It’s unbelievable how someone can treat something so lovable, so cute and so smart,” Brown told CBS 6.

Lionheart (now named Cody) is very happy in his new home and his amazing recovery (or “glow up” as the Richmond SPCA is calling it) is a testament to resilience of dogs and just how much they can heal when given love and care.

Find out more about the Richmond SPCA and the dogs they have available for adoption at their website.

Man Does Wonderful Thing So His Blind, 3-Legged Dog Can Have Fun With Him Outdoors

IKEA in Italy Gives Stray Dogs Shelter From the Cold