When Lacy’s human, David, awoke to a noise coming from the bathroom, he went to investigate and was alarmed by what he saw.

A dark shape was lurking at his dog’s water dish making a lot of noise. It couldn’t be Lacy, as the shape in the dark was brown and long and she was white and small.

Nervously, David switched on the lights to take a closer look only to see that the scary, odd shape was a blanket.

“I looked and saw a blanket that was making slurping noises at Lacy’s dish,” he tweeted his daughter, Sarah. 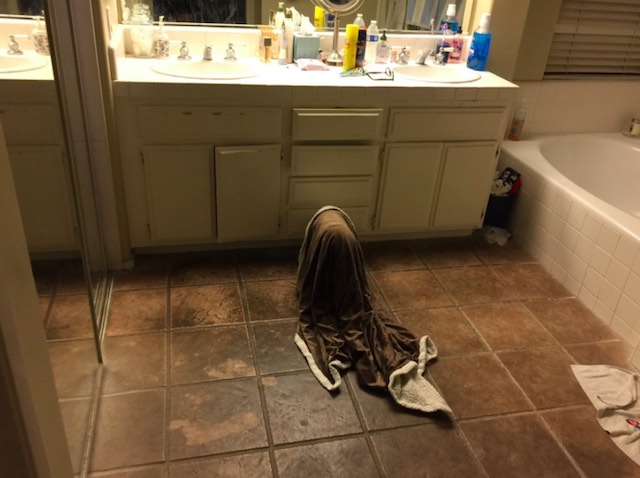 He quickly put two and two together and realized the strange creature was Lacy shrouded under the blanket.

“Lacy had been sleeping with blanket as cover,” he continued to explain to Sarah. “When she got up to drink the blanket stayed on like a robe.” 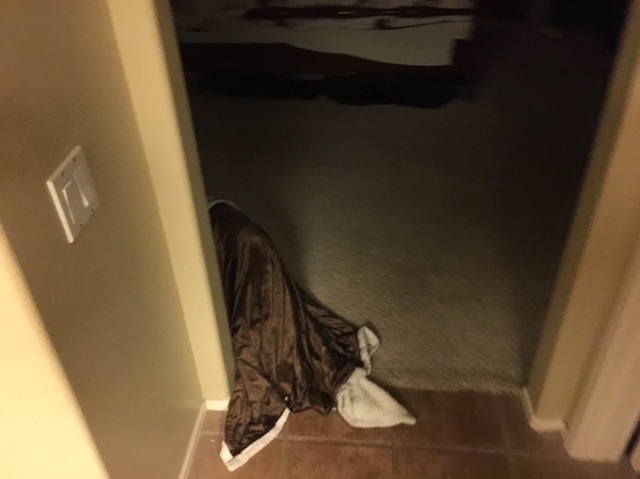 Once she was done, Lacy groggily made her way back to bed, paying no mind to David, her blanket dragging along the floor behind her.

Her accidental “disguise” didn’t make it all the way back to bed, however.

“It fell just before getting in bed,” David wrote. “Mental mutt.” 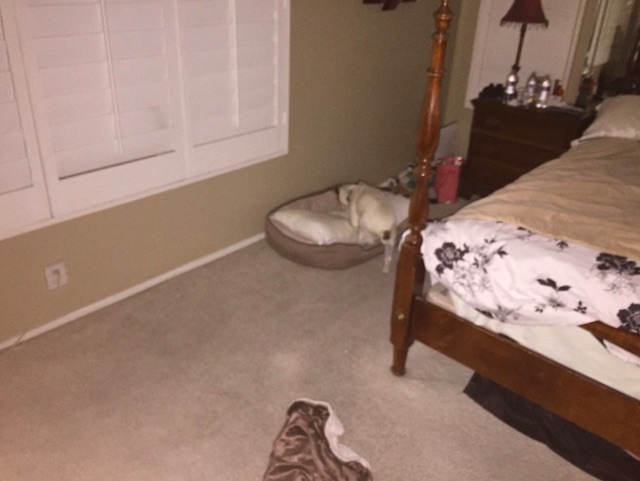 David documented Lacy’s hilarious midnight trip to her water bowl and sent the pictures to Sarah, who couldn’t help but share the delightful story with the world on Twitter.

Now Lacy and her midnight excursion for a drink are immortalized alongside all the other dog stories that are strange, weird and wonderful and make us love our dogs even more!

If you have a funny and cute story about your dog, and want to share it with our community submit it here.

9 Small Happinesses That Only a Dog Lover Will Understand

Silly Boxer Slides Down the Stairs During Funny Morning Ritual

After A Year By Himself, Lonely Fox Living in Garden Finds Love