Rescuers with Animal Aid Unlimited got a call that a street dog had just been hit by a train and rushed to his aid. 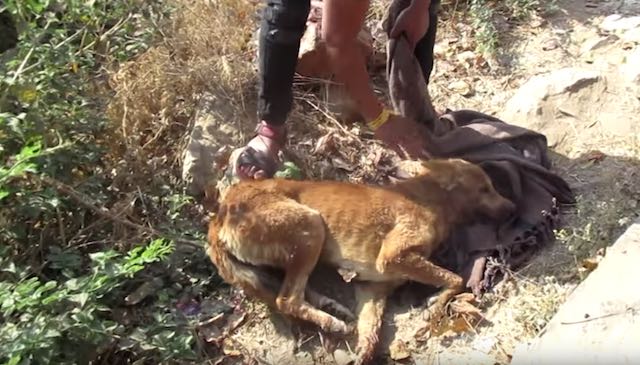 “We found him next to the tracks, his nose horribly cut, breathing with great difficulty and very disoriented,” the animal welfare group in India wrote. He was in very bad shape but their veterinary team worked valiantly to save his life. 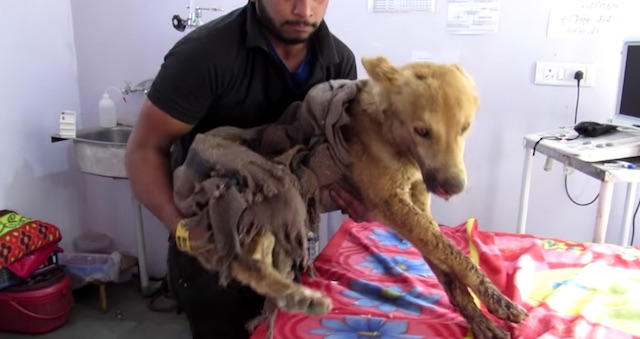 “When we brought him back to Animal Aid’s hospital, our vet found that he had a collapsed lung which is a very life-threatening condition. We had to place a tube in his chest to allow his lung to expand and function normally again,” they wrote. “We were able to suture up his badly injured nose and upper lip and stabilize him with fluids and other medications.” 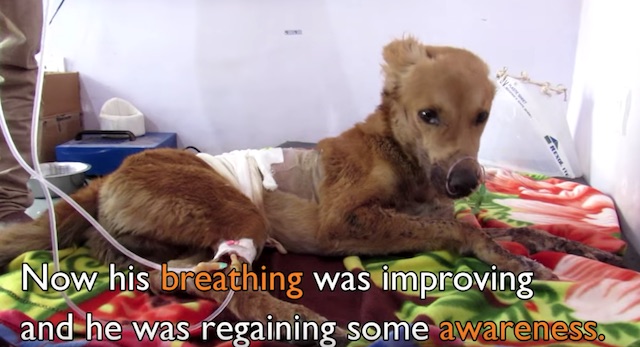 With so many life-threatening injuries they weren’t sure if they could save him. “But this brave young boy had an amazing spirit and triumphed against all odds.”

After his surgeries Nemo needed time to rest and recover. But a short while later he was up on his feet and wagging his tail, smiling and interacting with his rescuers. 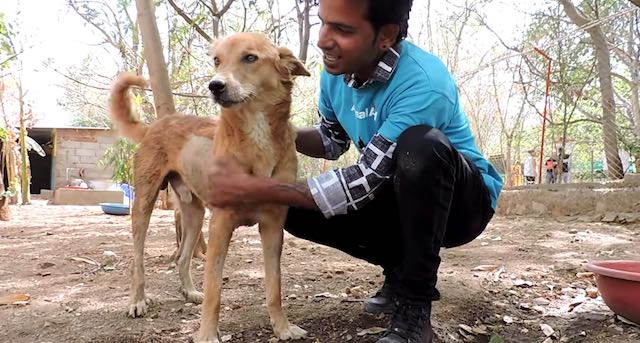 You can watch Nemo pull through his terrible ordeal in the video on YouTube here.