A woman in California refused to give up on a large stray dog, spending three years trying to rescue her.

While out for a walk with her dog Kristine Munir spotted a gigantic dog in the canyon out back of her home.

She immediately put food out for the dog every morning and every evening, unaware it would be the beginning of a three year effort to save the dog she named Lulu. She put up a dog house in the winter and ventured many times into the canyon to try and find Lulu’s den. 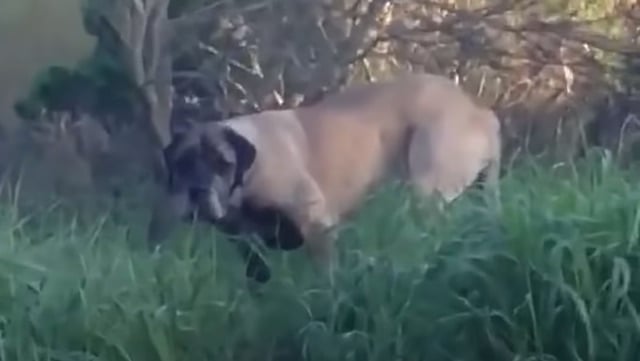 The experienced dog rescuer began to slowly attempt to win Lulu’s trust. He would hand-delver Lulu’s meals and this went on for quite a while. It seemed like “Mission Impossible” to catch the Mastiff.

But when Matthew noticed Lulu’s vision was starting to go, he ramped up his plans to catch her. 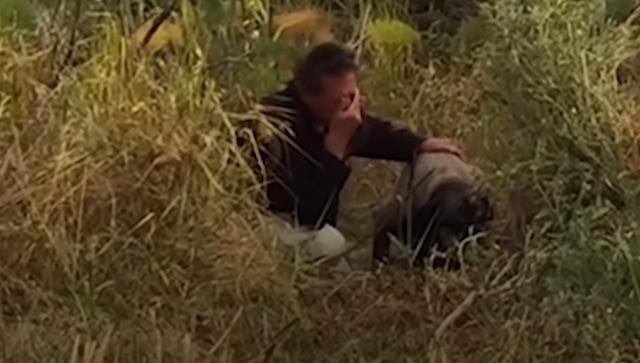 Both rescuers couldn’t hold back the tears of relief when he finally succeeded. And Lulu seemed finally ready for her rescue too. 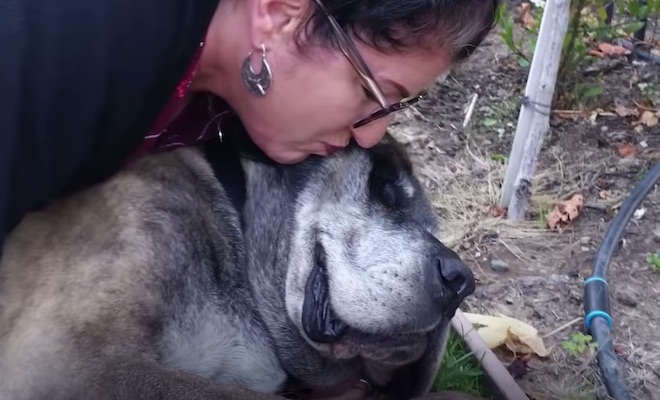 Lulu lapped up the attention everyone was giving her and was welcomed into the home of Laura and Molly where she has gotten the happiest of endings.

Watch more of Lulu’s heartwarming rescue in the words of her rescuers in the video below.

Matthew calls Lulu’s rescue on of his “greatest odysseys” and shared on Facebook that it was a team effort that saved her.

“In animal rescue, it takes a village; everybody contributes what they can, in any form they can,” he wrote on Facebook. “Even though I’ve been the primary author of this adventure, I am far from being the only person involved. I’m truly humbled by everybody’s contribution. Whether they donated time or money or emotional support, we have so many people to thank for the gift of Lulu. The most important person is Kristine Mills Munir. Without her, there would be no story and there would be no Lulu. Feeding her every day, she kept Lulu alive.”

Thanks to everyone’s efforts the impossible mission became possible.

Husky Puppy Rescued from Shelter Needs Emergency Care to Save Him