When Meredith and her friend adopted dogs from a Korean shelter they ended up getting an unexpected surprise. A few weeks after they brought their dogs home, Meredith’s friend’s dog gave birth to four puppies! Instead of having rescued two dogs, they ended up rescuing six. 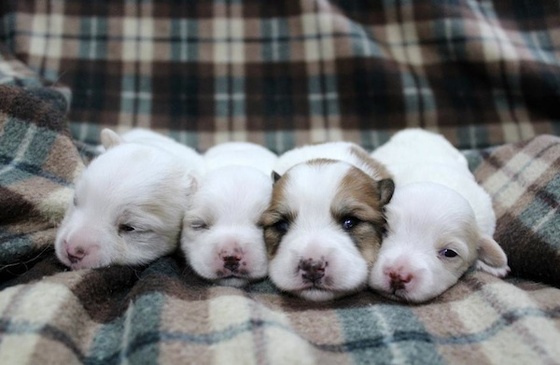 Each of the puppies look totally different from one another, leading Meredith to believe her friend’s dog was probably impregnated by multiple males at the shelter. She explained, “Here in Korea, a dog shelter – at least in my town – just consists of a bunch of dogs running around together in different large kennels.”

Meredith fell in love with one of the puppies, writing, “puppy #2 eventually wiggled her way into my heart and, thus, my apartment.”

She named the puppy Penny (or PenPen) and shared these heartwarming of photos of Penny’s first year with DogHeirs.com. 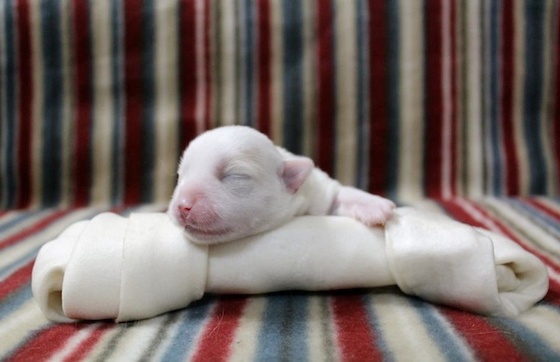 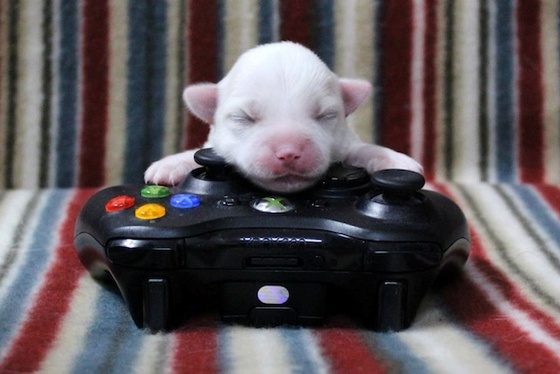 “3 days old — It’s never too early to start learning how to play.” 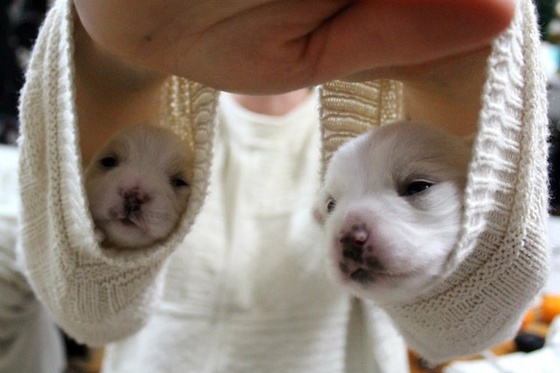 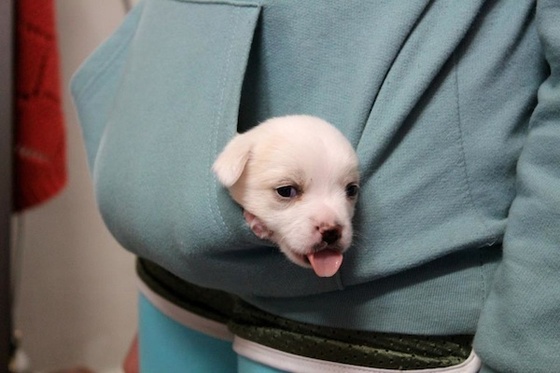 “Nananana, I’m sleeping in a pocket!” 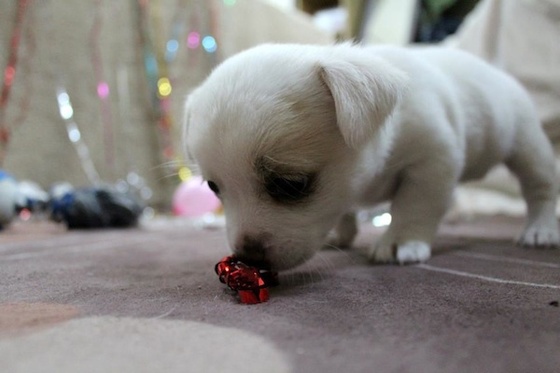 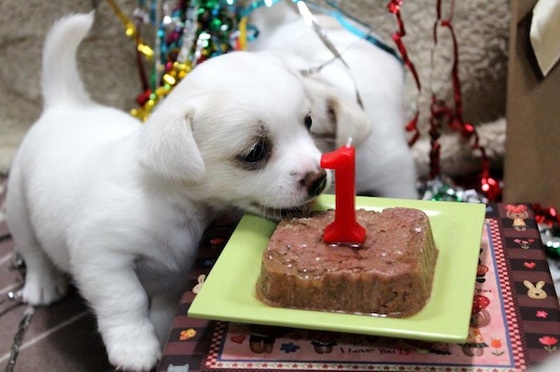 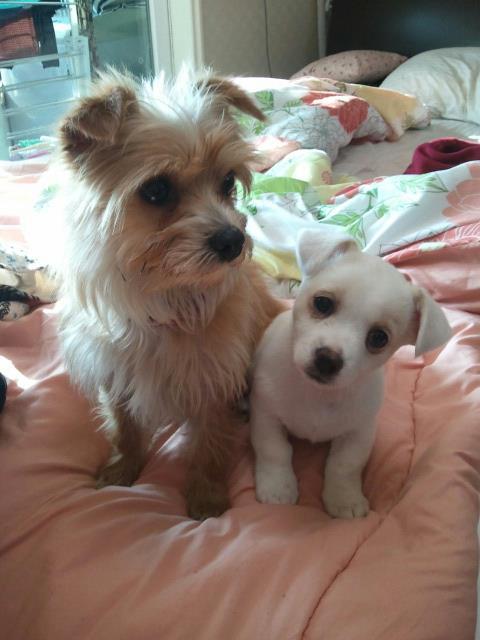 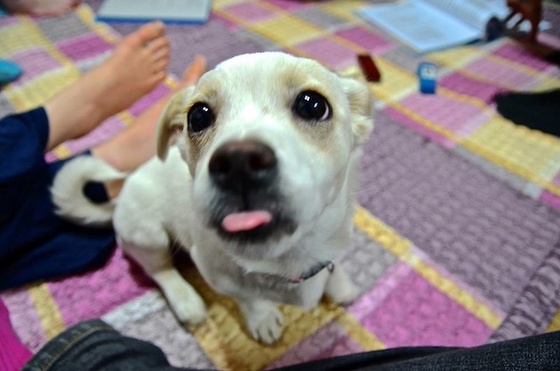 “Always so full of kisses.” 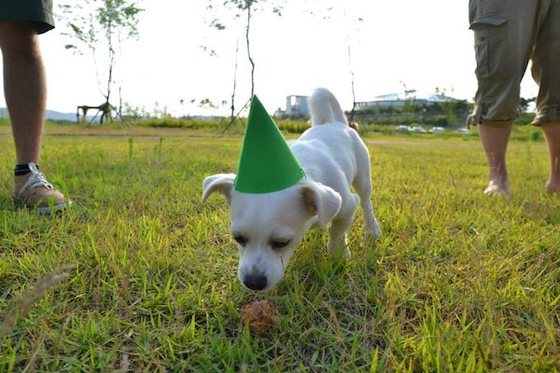 “Six-months old and eating a pup-cake.” 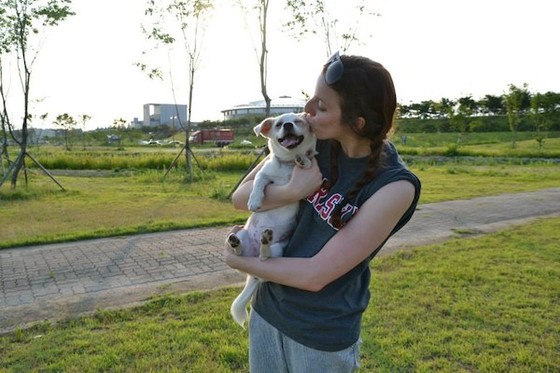 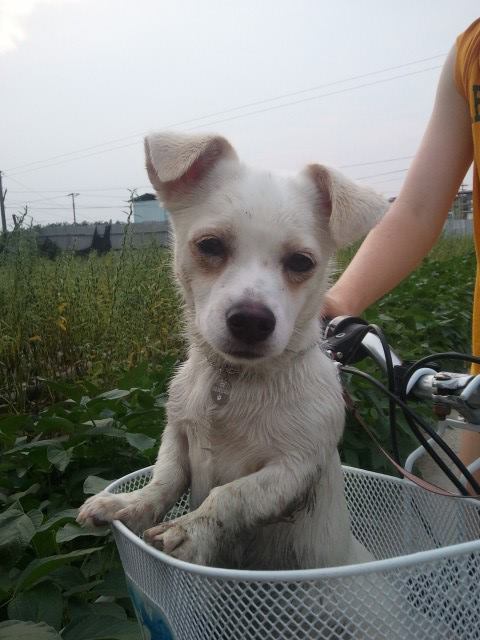 “Penny leaps into a rice patty. She is way too pleased with herself.” 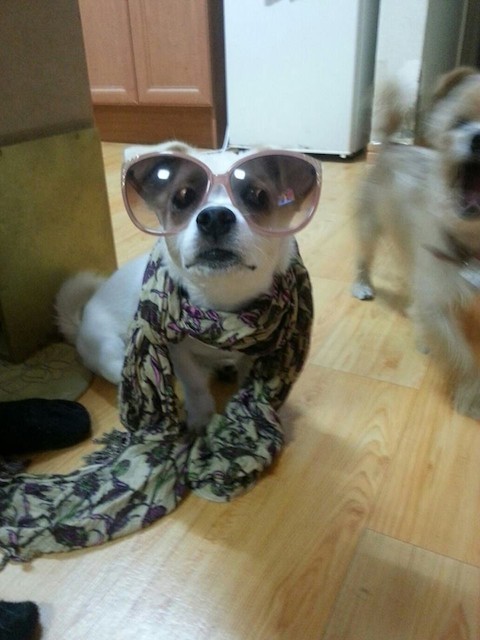 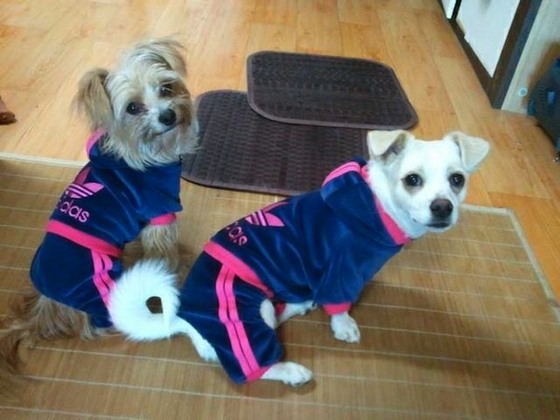 “Beckham, who? These are the cutest little athletes *I* know…”

PenPen and her siblings were extremely lucky that Meredith and her friend adopted their mom just in the nick of time and gave them such loving homes!

This story is reprinted on DogHeirs.com with permission from Meredith and first appeared on our site on January 03, 2014.