Trip spent nine years stuck in a puppy mill cage. With only three legs (from an unknown injury), rotten teeth and really long nails, the tiny Chihuahua didn’t know what life outside a cage was like. 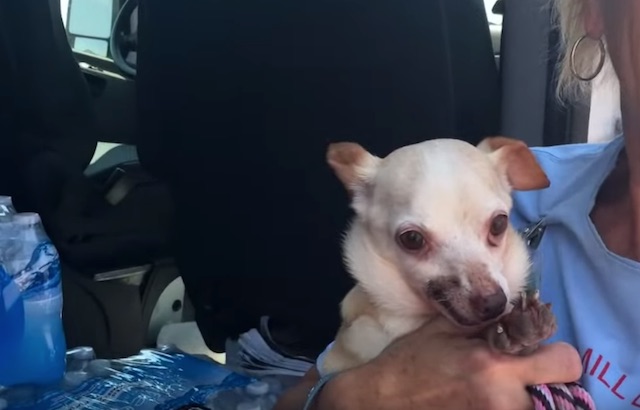 But in September, Trip was finally rescued from his terrible life by National Mill Dog Rescue. They drove him to their shelter where the moment he got out of the truck, his tail started wagging and just wouldn’t stop. He finally got a much-needed groom and medical attention and soon became a volunteer favorite.

He loved all the attention he was getting and loved to get outside and explore. He didn’t let his age or his three legs slow him down.

National Mill Dog Rescue brought him to several events and featured him in several videos.

But no one stepped forward. Until…a month later it was finally Trip the Intrepid’s turn. After watching so many other dogs at the shelter get adopted, Trip’s tail started wagging again when his new family came to pick him up just before Halloween.

Now he is “one of the three amigos” in his new home, and he is “over the moon” happy. 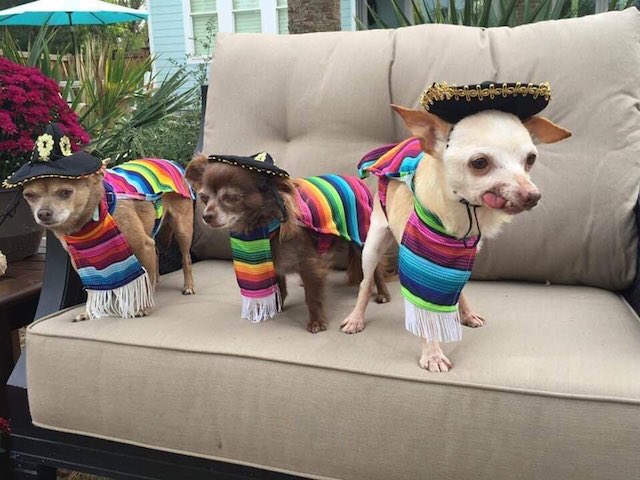 We’re so glad to see Trip has gotten his happy ending. To support and possibly adopt from National Puppy Mill Rescue visit their website.