Dog Rescue Shelter Mladenovac, Serbia got a call about a dog who was sleeping in a drainage pipe by the side of the road. With the cold winter weather conditions, rescuers were concerned about the dog’s welfare.

They were told the dog would emerge from the pipe if someone passed by, indicating the dog was looking for help. But they didn’t realize how much help she needed until they arrived and found her with puppies! 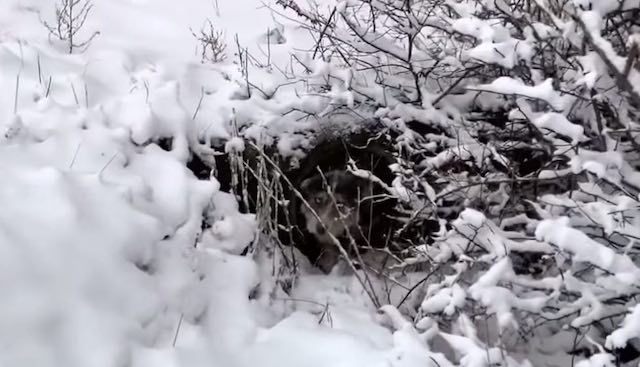 As they began searching they noticed  the drainage pipes were buried in the snow. After searching the area they spotted a pipe that was uncovered and had paw prints leading to it.

The dog suddenly appeared, peeking out from the dark pipe. She bounded over to them, anxious for attention. 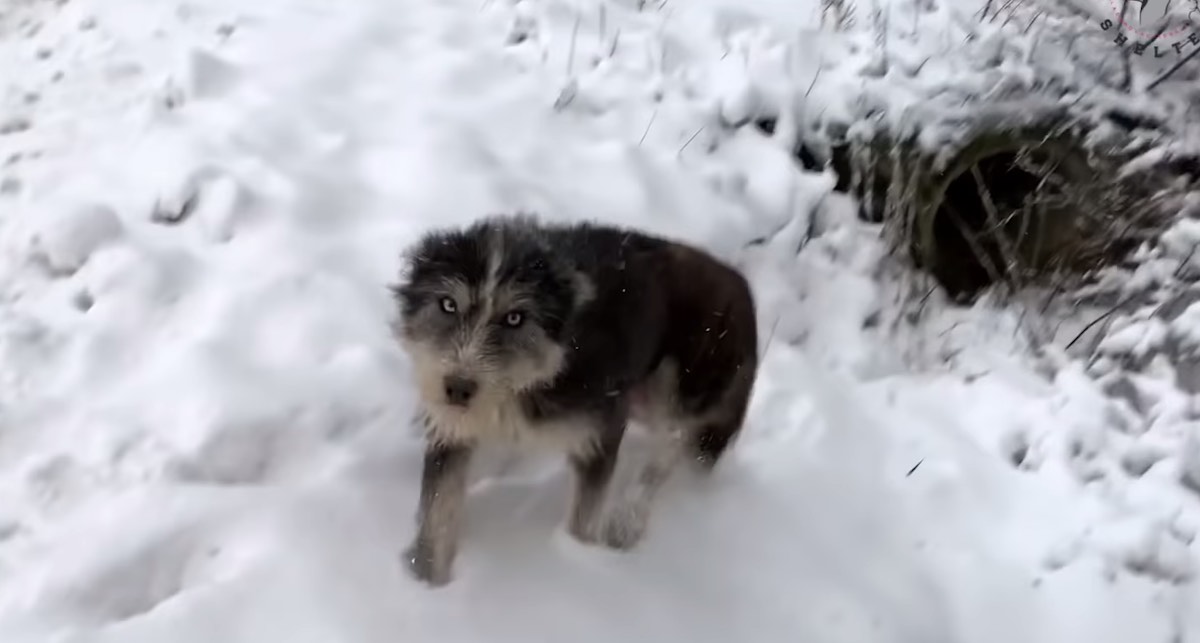 They checked the pipe and that’s when they saw her babies! The three puppies were two frightened to come out so they brought the mama back the pipe and hoped her puppies would follow her out, but they didn’t budge.

So they first put the mama dog safely in their car before returning to the puppies to try and coax them out with food. But the puppies were still too young to eat – they were still suckling from their mom.

With night approaching, they tried several other things to get the puppies out quickly. The solution of a brush and stick finally worked! One by one they was able to get the pups out!

They double-checked the area to make sure there weren’t any more puppies. 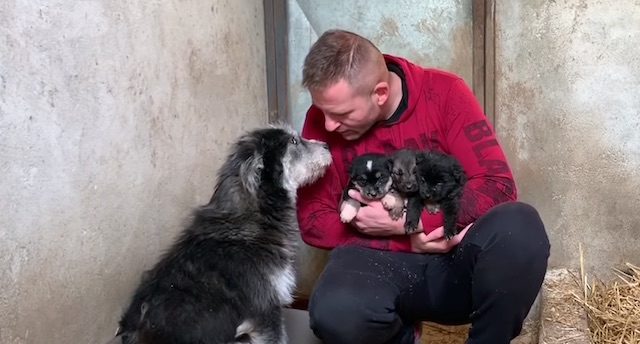 Once they arrived back at the shelter, the puppies and mama got treated for parasites and veterinary care they needed. The mama hungrily wolfed down a full meal and they were all finally somewhere warm and protected.

Watch the heartwarming rescue in the video below:

To think this poor family was surviving in the damp and cold. Thank goodness they are now safe! 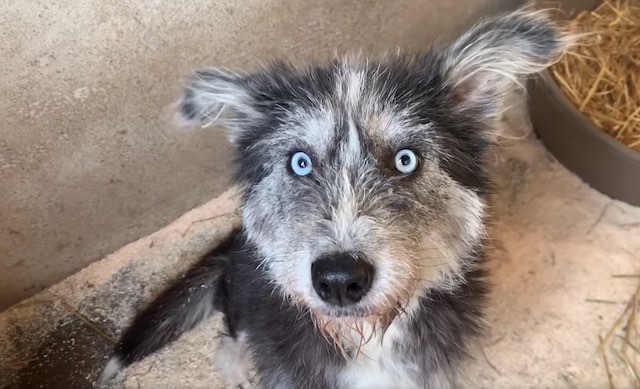 When the puppies are weaned, mama and pups will be available for adoption. Be sure to visit www.DogRescueShelter.org for details on how to bring them home or support their rescue efforts.

Dog Jumps in Pool to Save His Friend