A stray dog was huddled in the bushes with a horrific injury and would have died had rescuers not gotten a call when they did.

Animal Aid Unlimited writes, “We got a call on our helpline that a dog had just been hit by a car and was badly injured. When our ambulance arrived, we found her lying in the bushes near a highway.”

Even from a distance they could tell the dog’s was badly injured. “In those bushes was one of the most terrifying wounds we’ve ever seen,” they write.

“Her leg was completely split open and many muscles were torn apart, possibly from a sharp part of the vehicle that hit her.”

The dog cried out in pain, but rescuers approached her slowly and ever so gently, covered her with a blanket so they can transport her to their shelter.

“We rushed her back to Animal Aid where we immediately brought her in to surgery to try to repair her leg,” they reveal.

“She was extremely lucky that a major vein or artery wasn’t cut and that she didn’t bleed to death.”

After a month of healing, beautiful Selene has healed from the trauma. 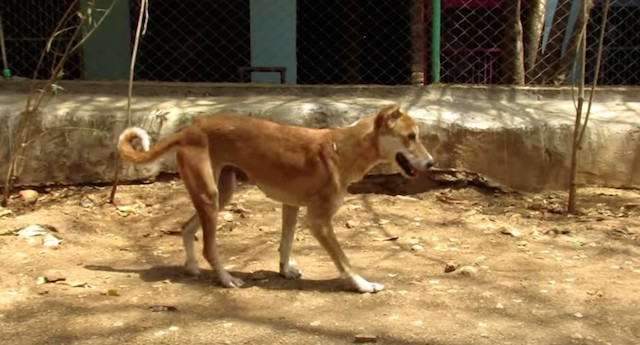 She walks with a limp now, but given what she has gone through, it’s remarkable that Selene kept her leg. 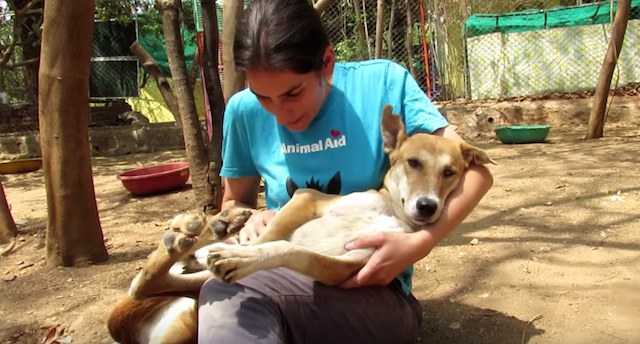 And from the looks of things, she’s all about the cuddles now.

Watch the video below to see her incredible recovery.

Warning: video contains graphic imagery and may be disturbing to some viewers.

Cyclists Save Dog Tied Tightly to Tree and Left to Die

Shelter Dog Dreams About Finding a Family for the Holidays