A street musician captivated spectators thanks in part to his unusual musical partner – a stray dog. Sergei Ivanovich was playing the clarinet in Dnepropetrovsk, Ukraine, when he says the dog simply joined in. 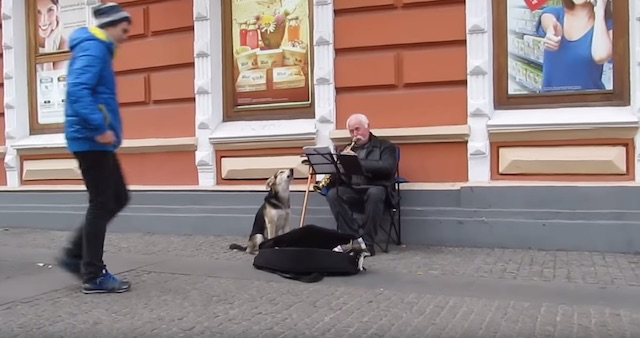 “[He’s] not mine, he just came up when I sat down and began to play the first note,” Sergei told a local newspaper. 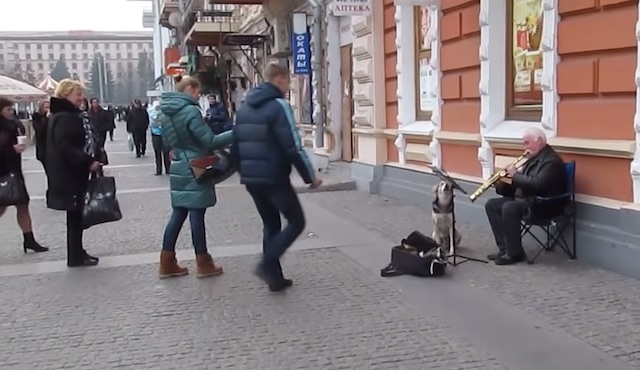 People took photos and filled his box with bills and begged Sergei to bring the dog home, which he appeared to have done even though he said he already had a dog.

Here’s the video of Sergei and his surprise musical guest.

Shelter Dog Gets Back to Full Health with New Family