The video description reveals that the impressive display of shepherding and LED lighting took place in Wales, UK. The sheep don LED lighting vests so they can be seen in the dark. 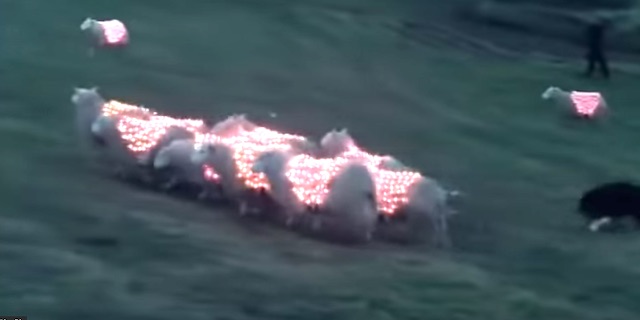 “We took to the hills of Wales armed to the teeth with sheep, LEDs and a camera, to create a huge amazing LED display. Of sorts,” the description says. In it, the sheep are herded into a variety of clever and funny shapes and animations – there’s even a pong game at work. It reminds us of a Lite-Brite, except the farmers are able to move the sheep around with help from their dogs.

With over 20 million views since it was first posted on YouTube, the video continues to astonish and delight viewers. “This is absolutely the most amazing thing I have seen this year,” said one viewer. “Those dogs are masters of their craft,” commented another. They most certainly are – working in the dark and following their human’s every instruction, no matter how intricate. 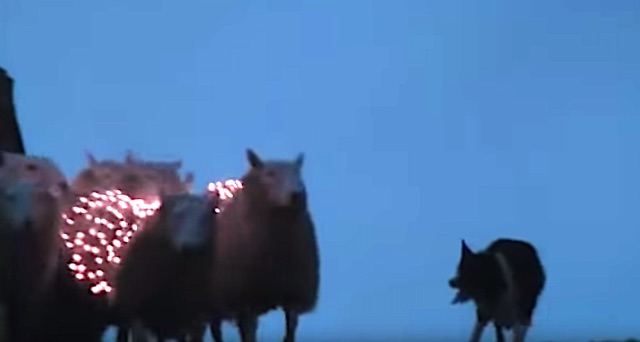 One viewer humorously nodded to the sheeps’ contribution: “It’s one small step for a lamb; one giant sheep for mankind.”

One viewer wasn’t sure if he was seeing some animation rather than the real thing. “Real? Fake? Don’t know, don’t care! This was one the first vids I liked well enough to fave and I just keep coming back to it. Love Love Love it! Wish there was a whole collection of them,” wrote the viewer. But there doesn’t seem to be any fakery going on. Instead, the “extreme shepherding” involves a bit of clever camera work and time lapse photography.

Enjoy the magic in the video below: