After years of addiction, 23-year-old Jamie is crediting his dog Titan with helping him stay sober.

Jamie suffered from depression when he was a teenager and when his medications stopped working for him, he began using opiates. From the age of 16 to 22, Jamie says he was a heroin addict.

“When I turned 21, I was in a really bad place. I was waiting to die. And I was going to die by the needle,” wrote Jamie.

The drugs took their toll and he was arrested and spent a few months in jail. He entered rehabilitation and has been sober ever since. After getting out of rehab, he began to consider getting a dog and soon after, Titan entered his life. 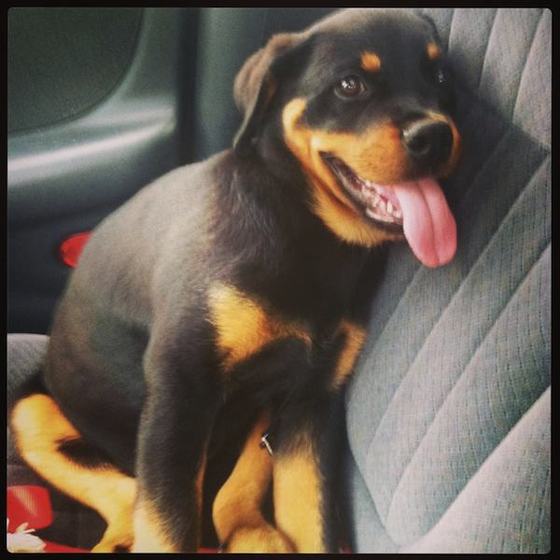 Titan has had a profound effect on Jamie’s life. “My Rottweiler Titan has kept me sober for 9 months. He is my everything!” said Jamie. “Not to sound deep or anything, but for years I was numb, so it’s nice to love something so much that I don’t want to lose him or feel like I failed him along with myself.”

Jamie shared his story with DogHeirs, describing the hugely positive impact Titan has had on his life:

“Well, I’ve been an opiate addict since the age of 16 and suffered depression. I used everyday and just kinda had no emotions all throughout my late teens,” Jamie told DogHeirs. “I always wanted a dog, but with my addiction, and the way I lived, that was out of the question. I could not manage my life, let alone another living creature.” 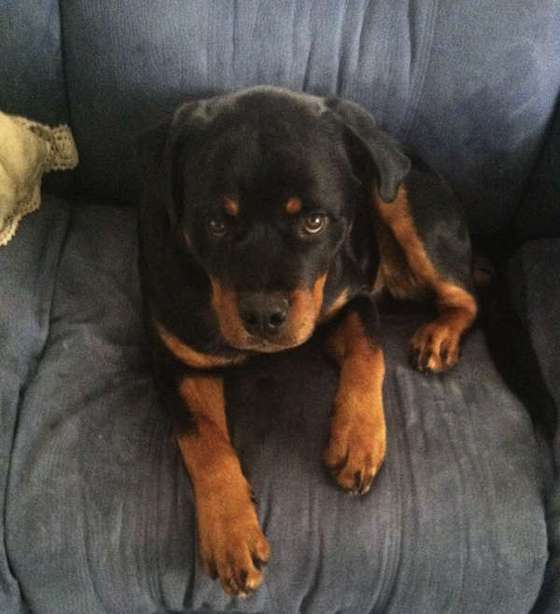 “After a while, my antics caught up with me and I was arrested. My family quickly learned I was an addict, and after a while I was enrolled into a program in my county called Drug Court. After I was enrolled, I was sent away to a rehab,” Jamie described to DogHeirs.

“After I got back, I still suffered from cravings and depression. Since I could not self medicate myself, and the fact that I did not want to again, I needed something to help me get by during the hard time.” 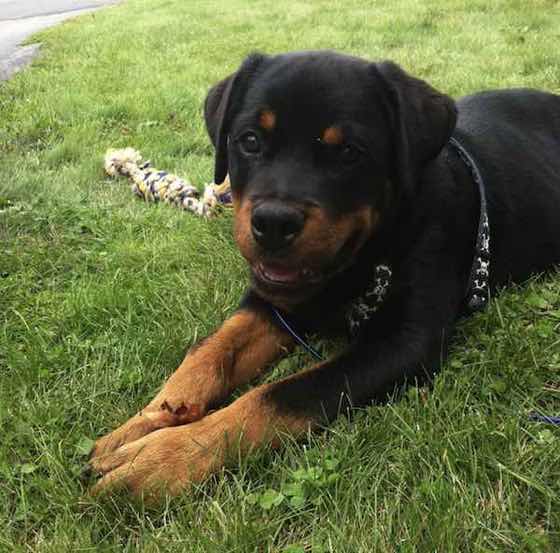 “I started looking into owning a dog. I figured it would help me get my mind off of things, and start making me feel more responsible in my life. After searching, I saw a post on my Facebook from a friend asking if anyone wanted to adopt a Rottweiler. I jumped on this right when I first saw it, and asked her the standard questions on how to be able to get one and the price.” 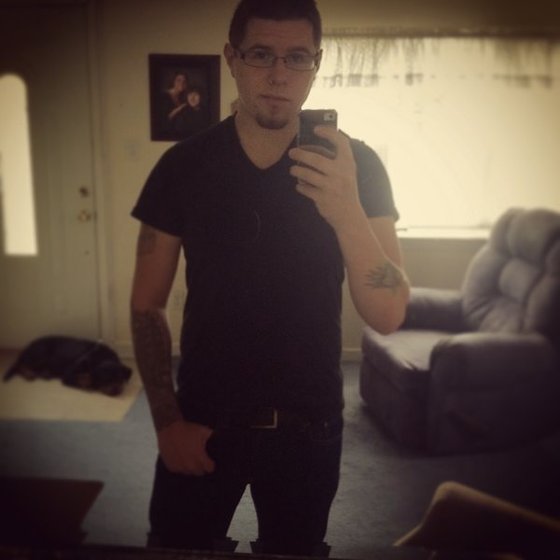 “She told me everything, then mentioned that they were free! I was shocked and asked why they were free and she said the breeder was moving down state and could not take the puppies and needed to have them in good homes as soon as possible. That next week, I met Titan.” 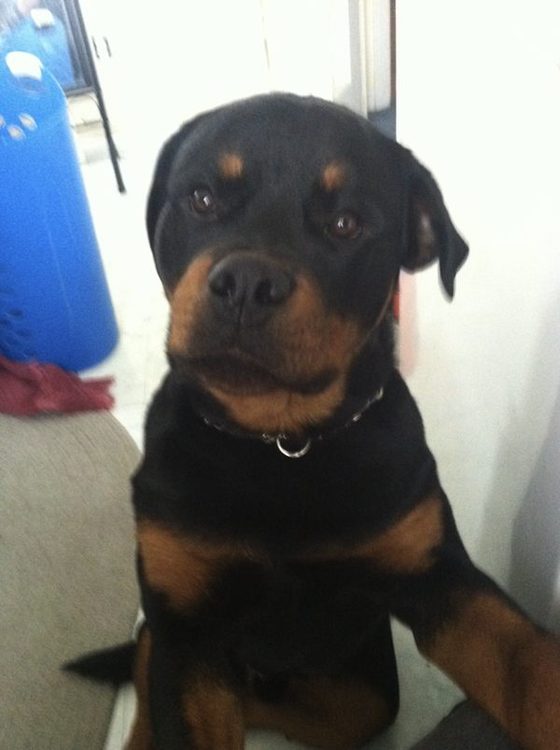 “I picked him up, and every since then he has been my best friend. I dropped a lot of my old friends, so I was in a place where I really had no one to connect with, or really talk to,” Jamie explained to DogHeirs. “Titan has been there for me since day 1 and it has been the best thing to ever happen to me.” 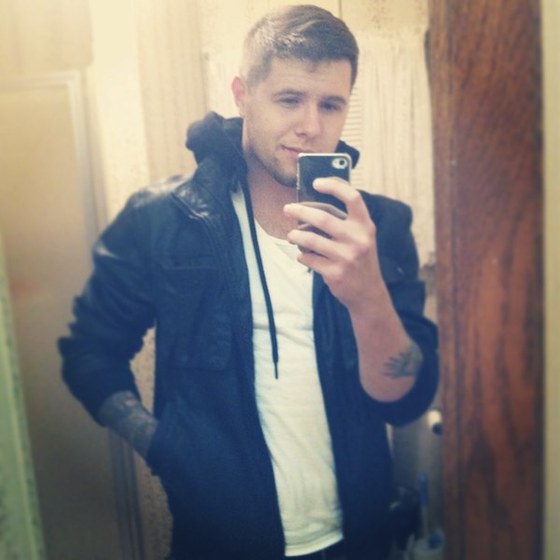 “I take him out for walks, play with him, and lay down with him and watch TV together. He is my best friend. He shows me love, and I show it right back! From training him since he was a small puppy, to watching him grow up it has been the best thing I have experienced.” 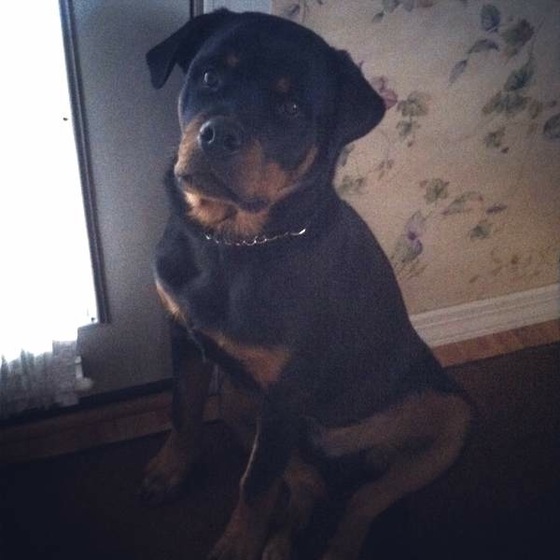 “I love the fact that when I wake up, he is there next to me. When I leave the house and come back, he is there wagging his tail acting like I was never coming home again!” said Jamie. “When I take him for walks we sit together and just relax and take the world in.” 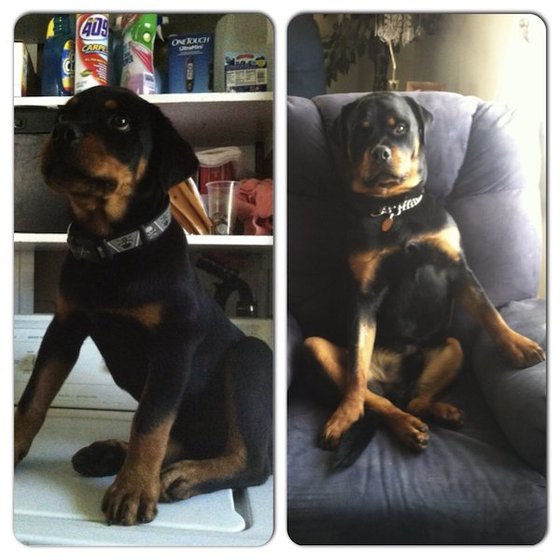 “I never felt such love for something like I do with my dog Titan. He is my strength to get me through the days. If I was to use [drugs again], I would not be here for him. I would either be dead, or back in jail and that will break my heart.” 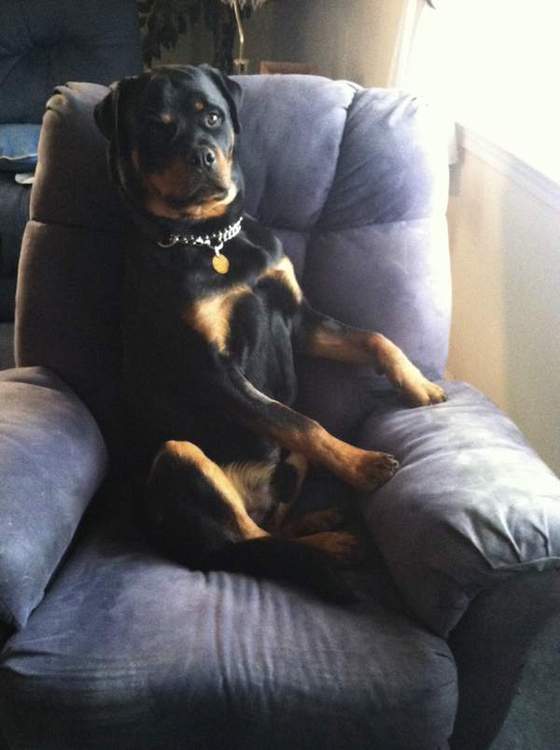 “When I had to leave him at the vets, I was so nervous and was thinking if he was okay and I could not wait to see him.” [note: Titan has a heart condition (an offset valve) but Jaime took him to a specialist and they said he will be fine.]

Jamie told DogHeirs, “I can only imagine if anything was to happen to me he would feel the same way and this is why I stay sober. My family is a big reason why I am still sober, but in all, Titan is also one of my main reasons why I still am.” 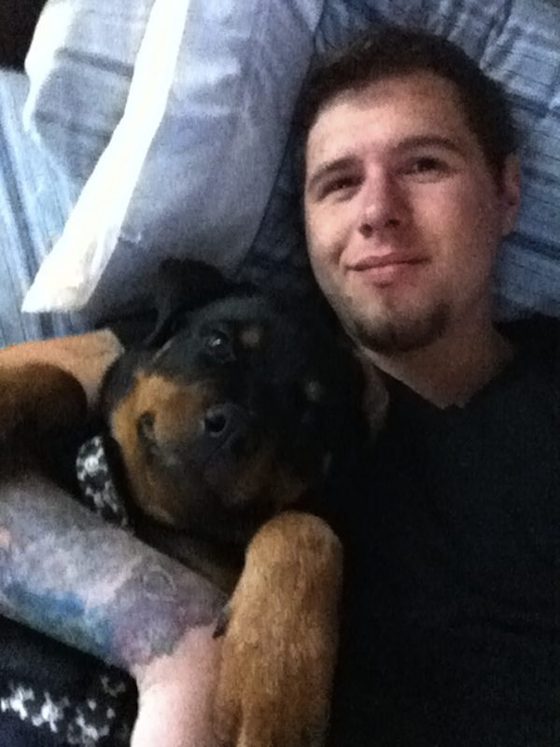 We’re looking forward to seeing more from these handsome best friends in the future.

Puppy Adorably Joins Her Friend in Her Bed for Nap Time

Rescuers Save Puppies and Their Mom Living at Shipyard