Gerrard Gethings, an animal photographer in Britain has always noticed people and their dogs. He’s often noticed how dogs and their humans look alike.

“We’ve all seen these couples in the park: An old man with an old grey dog. A bearded man with a schnauzer,” he wrote to DogHeirs.com. “Curly hair and a poodle etc.” 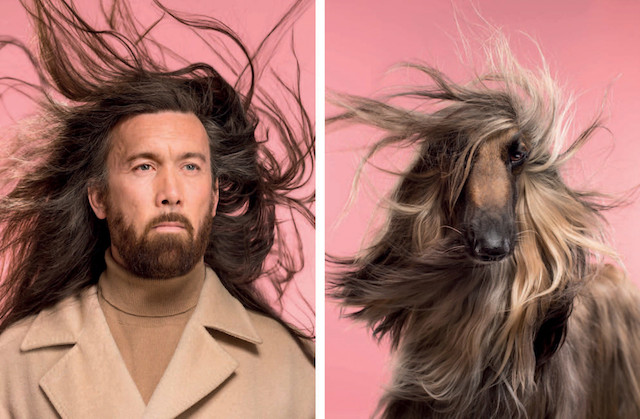 Henry and Hope, an Afghan hound

This observation inspired him to pair certain dog breeds with their human lookalikes. 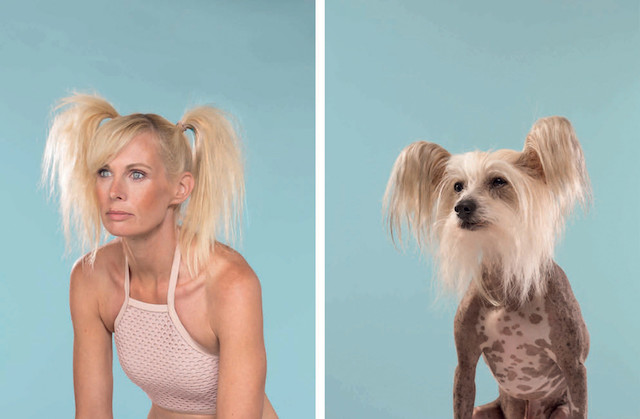 He collaborated with Laurence King Publishing to create a card game – Do You Look Like Your Dog? Match Dogs with Their Humans: A Memory Game. 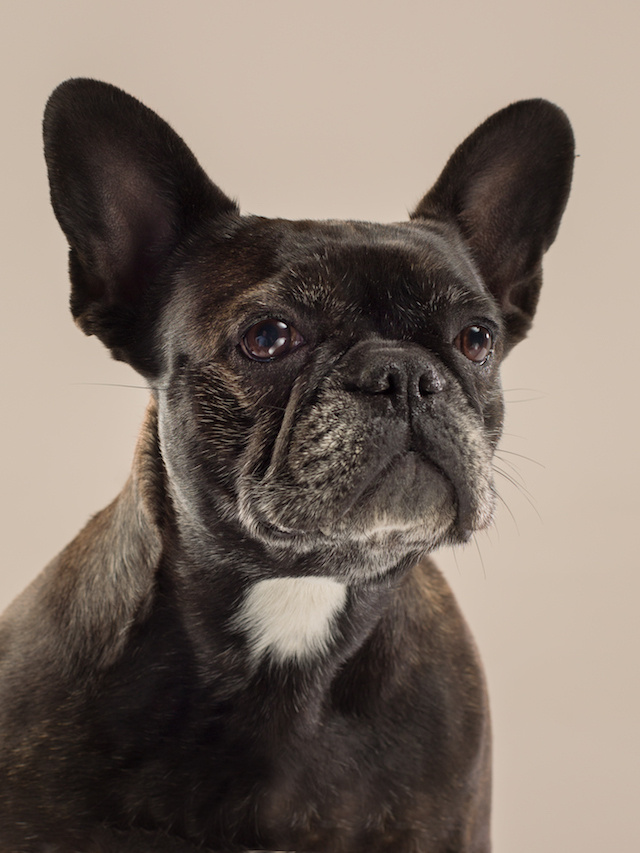 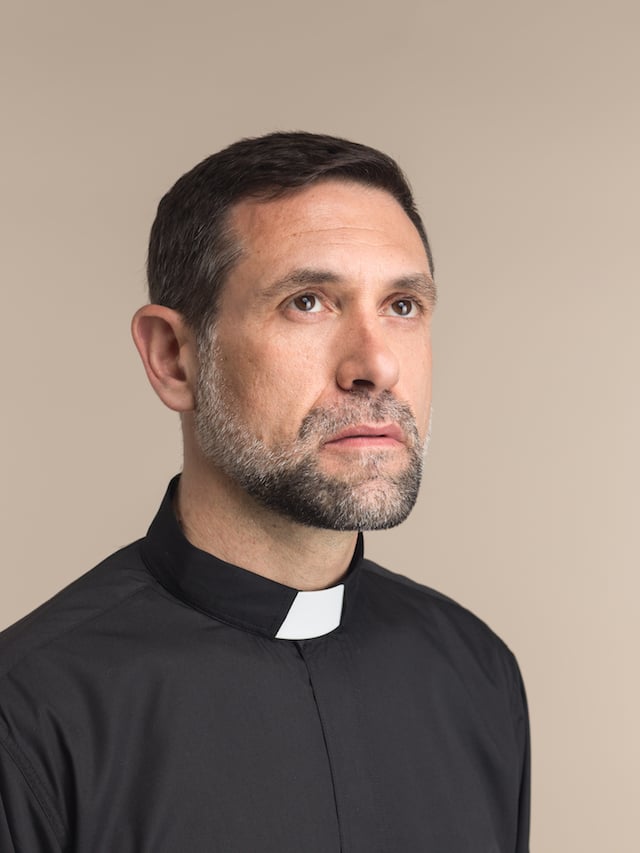 For the year long project, Gethings hunted down the dogs he would photograph and then try and find a human who best matched their looks. He needed 50 pairs in all. 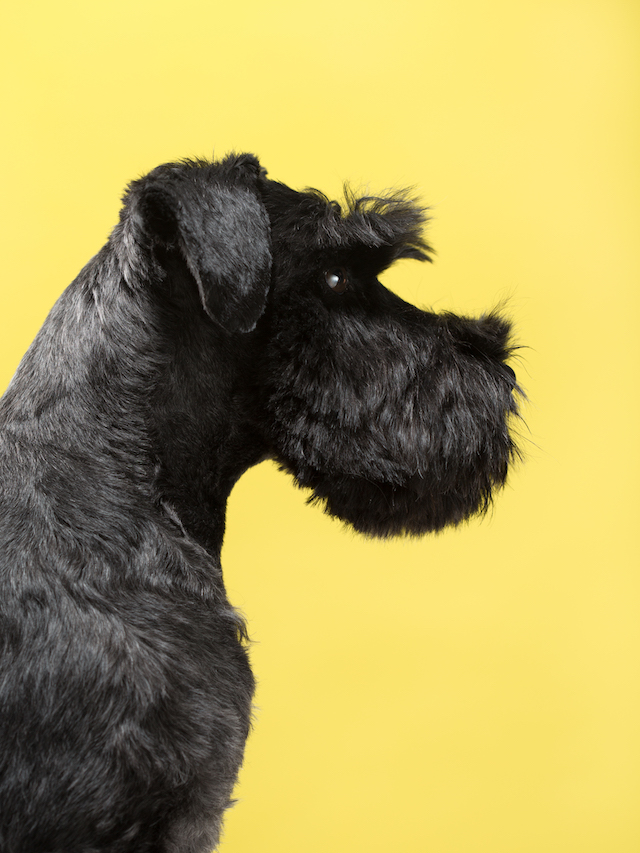 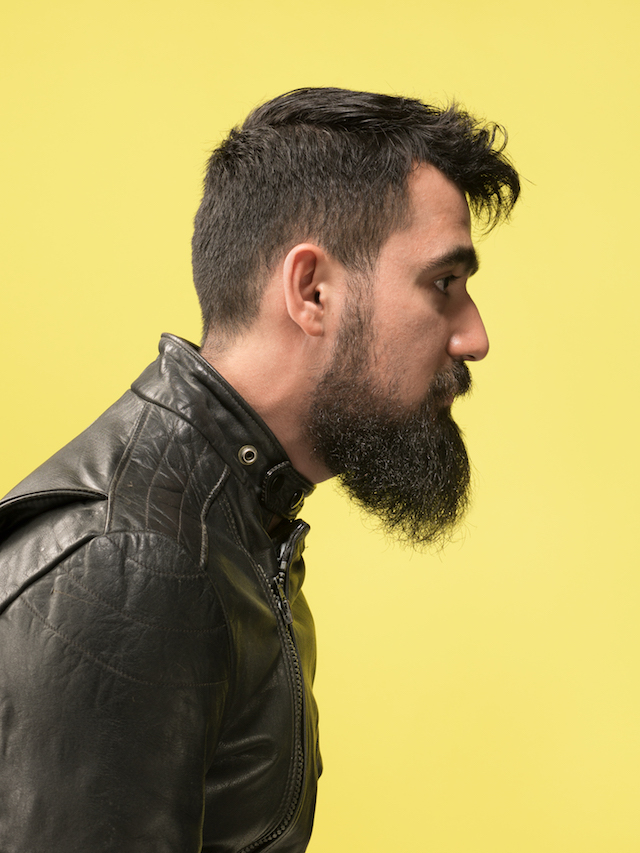 “Certain breeds would be essential because of their unique characteristics: Afghan hounds, Poodles, Pugs, bulldogs etc. I put out the word on social media and was inundated with dogs. I chose 10 of them and then set out to find their human counterpart.” 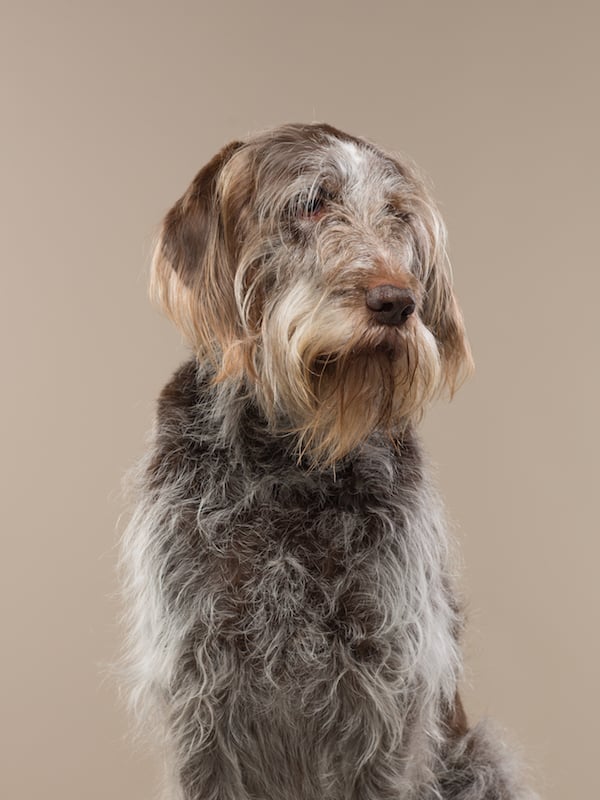 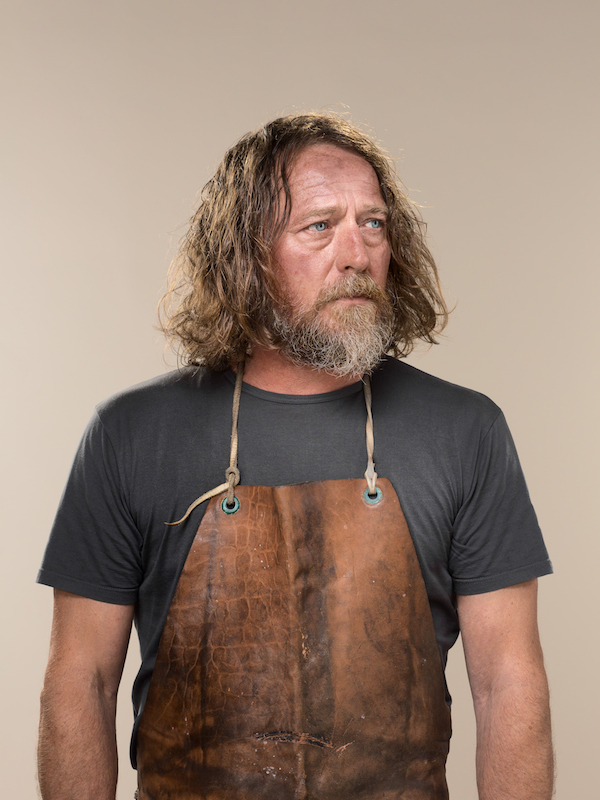 This meant sometimes asking people he met on the streets.


Gethings wrote, “Many of the subjects I stopped in the park or on the bus and had to find a tactful way of saying, ‘you look exactly like a poodle. Can I take your photograph?'” 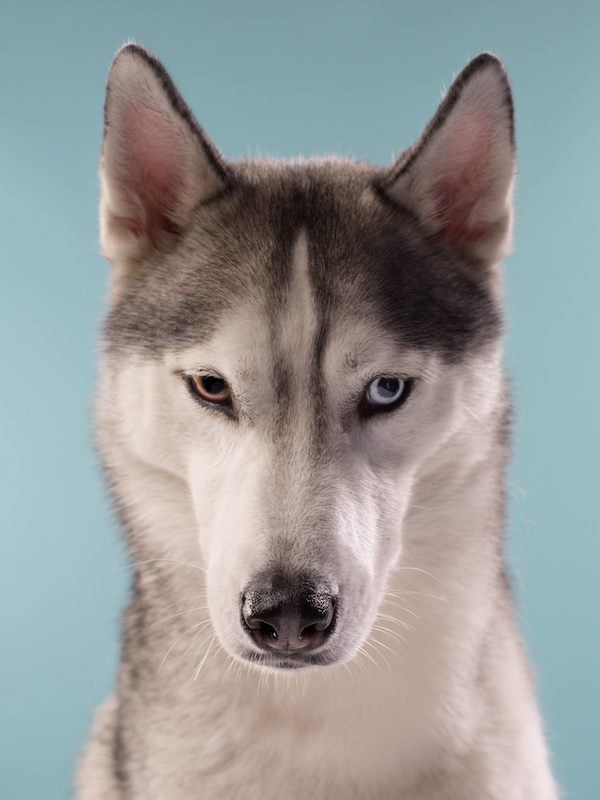 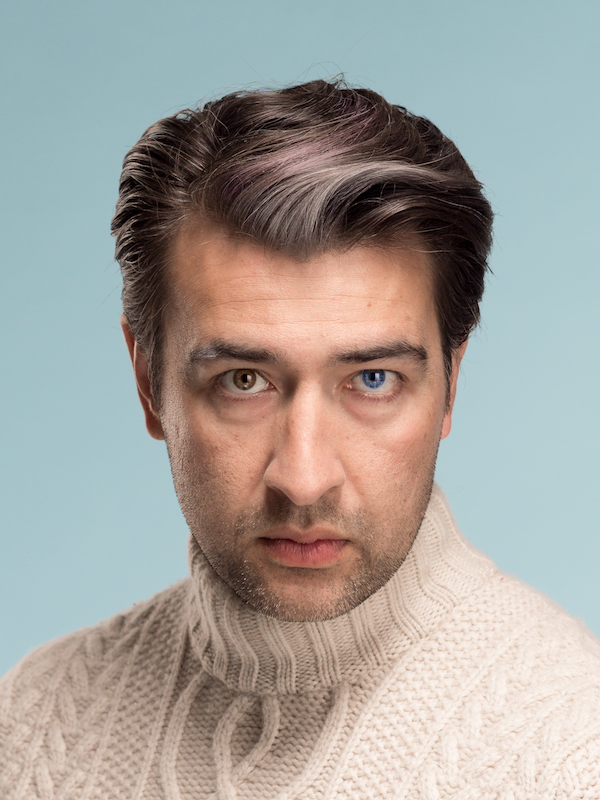 “On the whole all the models behaved themselves beautifully. But you know, they are dogs,” said Gethings. “The huge Newfoundland had way too much love to give and almost killed my assistant, knocking her to the ground and cuddling her into submission.”

And then their was the poodle. 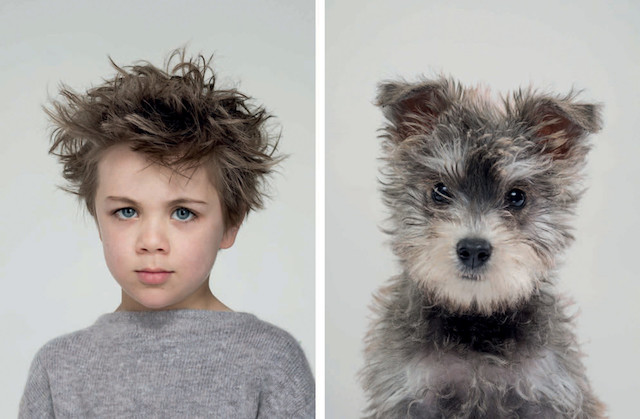 Benji and Harper, a Schnoodle

“Our beautiful, competition winning, standard poodle was in hair and make up for about two hours and then the next dog turned up early. They took one look at each other and set off together, rolling and barking across the floor. Hair ruined, the groomer was distraught. Another dog mistook my tripod for a lamppost and every other dog who followed saw this as an invitation that would be rude to ignore.” 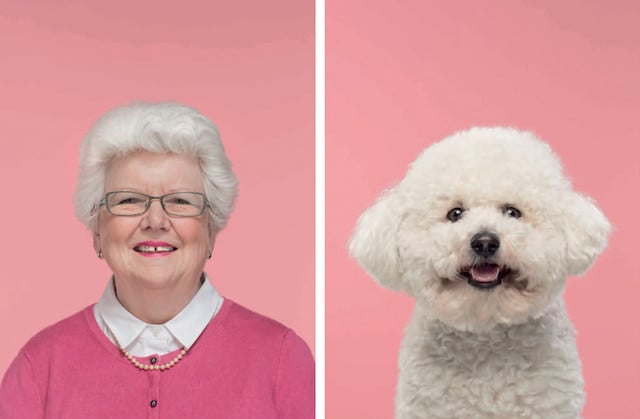 Jessica and Buddy, a bichon frise

Despite a few moments of unruly behavior, most of the dogs were easy to photograph. “Most dogs will do almost anything for cheese, dog kryptonite,” Gethings noted.

Other times he would use a toy. “Some dogs react to movement, so I might throw a ball high into the air and quickly line up the camera. When the ball hits the ground there will be a reaction.” 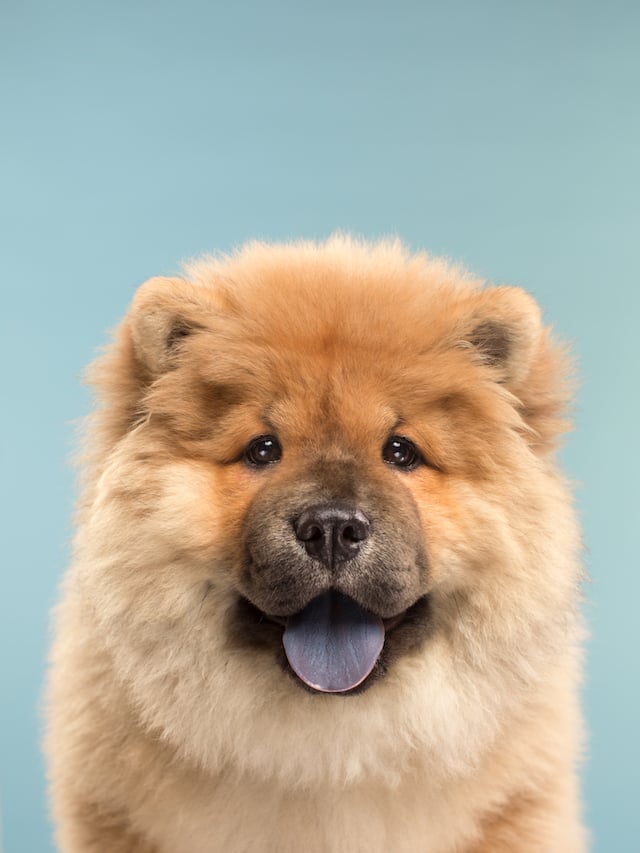 He added, “Sometimes it hits me on the head. This also gets a reaction.” 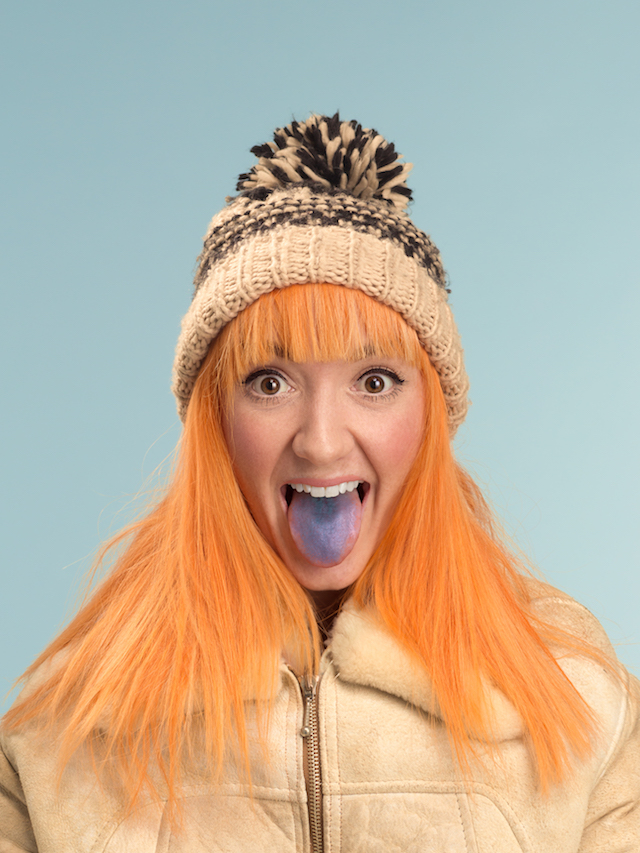 Whatever the technique used, the results are an impressive selection of “couples” portraits that are humorous, clever and very memorable.

Do You Look Like Your Dog?: Match Dogs with Their Humans: A Memory Game is available through Laurence King Publishing in the UK and Amazon in North America.

Dog At Wedding Becomes the Life of the Party, Viral Photo Proves It