A friendship between a dog with a tragic past and a young boy struggling with his differences changed their lives forever.

In January 2012, an Anatolian Shepherd named Haatchi was not yet a year old when he was deliberately tied to a railway line in North London and hit by a train.

His tail was severed and his rear leg severely damaged. Haatchi managed to stagger away and hid for around 5 days before he was rescued by the RSPCA.

Unfortunately, due to infection, his leg and tail had to be amputated.

But Haatchi overcame the unimaginable and frightening act of cruelty to become the best friend and inspiration for a young boy with a rare genetic condition. 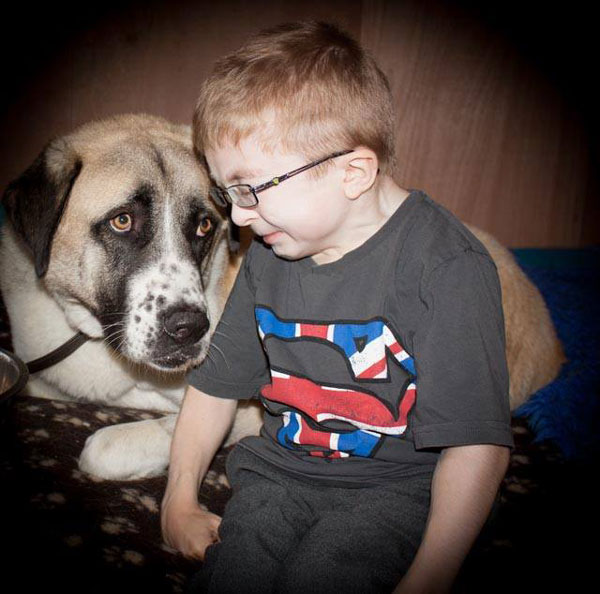 Owen-known to his family as “little buddy” or “Little B” has a rare genetic disorder known as Schwartz-Jampel syndrome, a condition which causes his muscles to constantly seize involuntarily.

Owen had been struggling with being different and became withdrawn and anxious at school and around strangers. But everything changed the moment Owen met Haatchi.

Will and Colleen Howkins, Little B’s father and stepmother, decided to introduce the big dog to Owen to see if the dog would help their son.

But they had no way of knowing that an unbelievable bond would be formed that would transform both boy and dog in miraculous ways.

Watch more of their heartwarming story in the video below.

You can read more about these true friends in the book Haatchi & Little B: The Inspiring True Story of One Boy and His Dog available at Amazon.