This is one of the most moving submissions we’ve received so far.

DogHeirs member Robert Banks sent us this photo of his best friend Maybelle, and wrote the following: 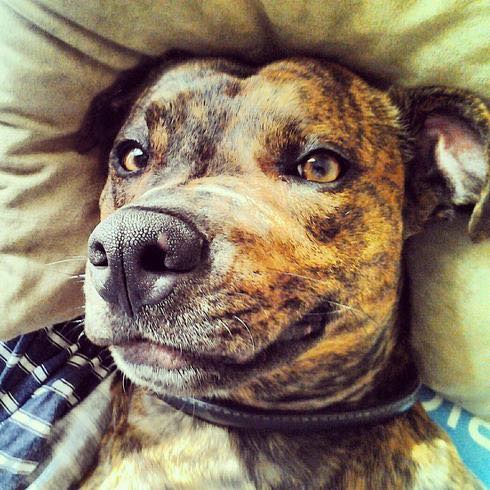 “My name is Maybelle. When I was a sick, stray puppy with nowhere to go, my human gave me a home… you might say he saved my life. As most humans, he has his flaws & at the time a serious drug problem. When he was going to jump in front of the train because he couldn’t stop using… the only reason he didn’t was because I was with him & there would be no one to take care of me. I guess you might say I saved his life back. He loves me so much he even tried one more time to stop using… he did and so far he is doing just fine. I love my human either way but I LOVE seeing the person he is clean… I like to think I played a part in that.”


Almost one year later, Robert uploaded some new photos, and posted an update: 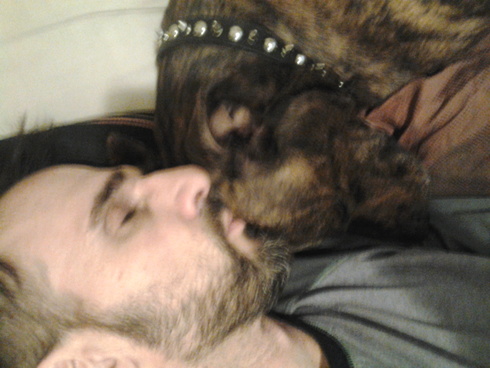 “Some of you may remember me from a post several months ago. At that time I had a few months clean from drugs, something I’d struggled with for years. I found myself not once but twice at the train tracks wanting to jump because I could not stop using. I did not… could not do it because my constant companion Maybelle was with me. My love for her was greater than the pain of living. Since that time I have managed to put together some clean time. I celebrated a year on April 20, something I had not able to do for years. Anyhow, I received so many kind, supportive comments that I wanted to post an update. Maybelle & I are doing well and have grown so much closer over the course of the last year. My life has so much purpose… and it is all because I wanted to live, even if it was just to care for my dog. The power of love is both real & great. I am so grateful for the way my life looks today.” 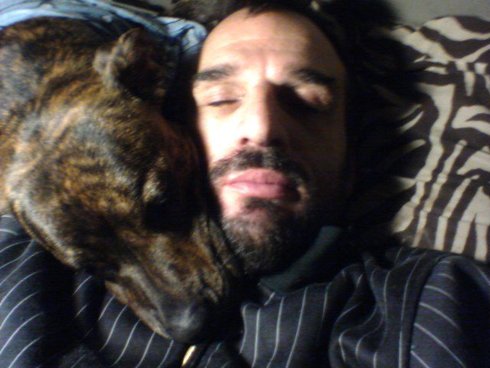 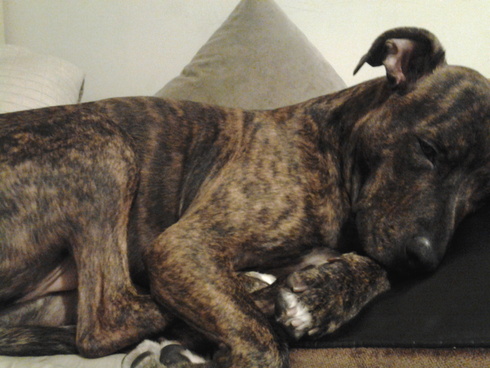 “She loves being in bed, under the covers. She hates the floor.” 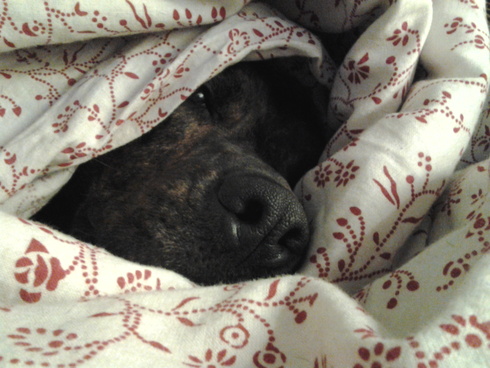 “She came with the name Maybelle. If I’d have chosen a name for her it would probably be Rowdy… or Pillow.” 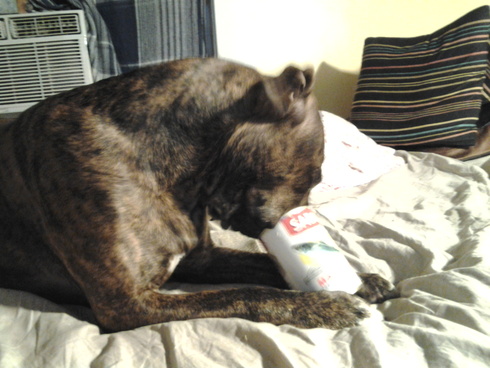 “I was told by the rescue she was found scavenging for food, though she was so sick (with parvo). At 80 lbs (she weighed about 25 lbs, at 5 mos), she’s quite well fed these days… but she likes to dig in the garbage. Old habits die hard, I suppose.”

Man Rescues Emaciated Puppy Tethered to a Tree; From Forgotten to Loved in 58 Days