Manuel Delgado was out for a bike ride in the countryside outside of Madrid in Spain when he came across a couple standing over a dog, lying lifeless on the ground.

The couple told Delgado the large dog was walking toward them when he suddenly fell to the ground and didn’t move. They tried to wake him up, he was unresponsive.

The dog named Tizón had a dog tag, but when they called his owners no one answered the line. Delgado decided to call up the local police, but the response he got wasn’t what he was expecting. 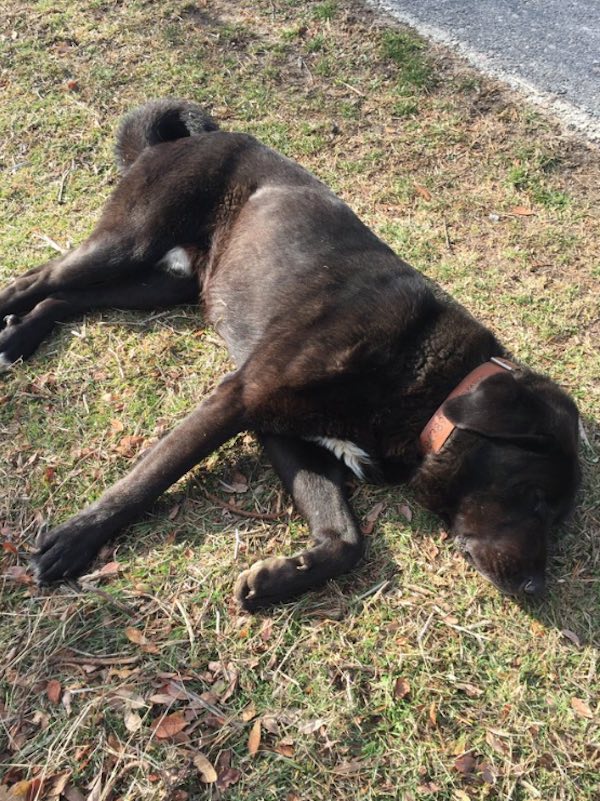 “Turns out, Tizón is very well known by the local police. They said that nearly every day, someone phones them to say that there’s a dog in this spot who is wounded,” Delgado told the Dodo. “The police said that he is just pretending, and that he does this to everybody who passes, so they’ll be tricked into petting him or giving him food.”

Delgado wasn’t completely convinced by the police’s explanation, but then he thought to pretend to ignore Tizón, and sure enough the dog suddenly “sprang to life”. 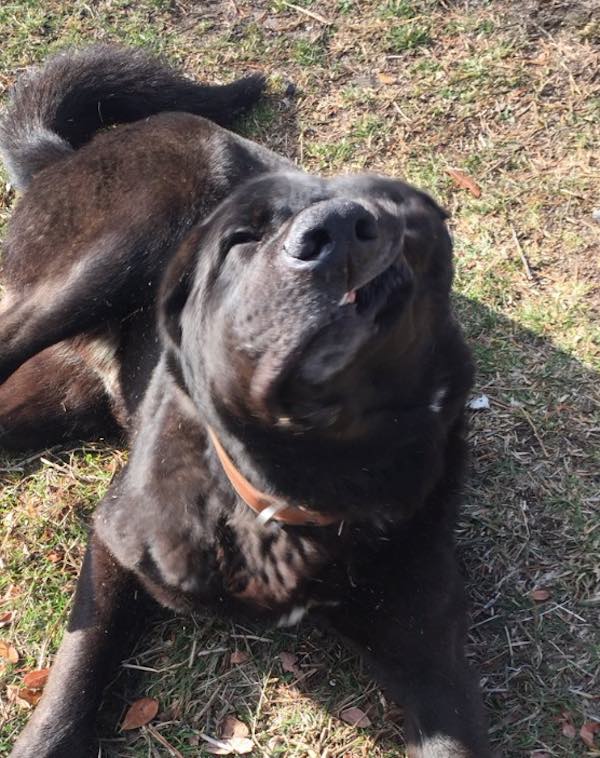 Tizón is a shepherd dog and regularly pulls the “playing dead” stunt to get attention. Delgado shared his unusual encounter on Twitter, joking that “Tizón is the Billy Elliot of the Sierra de Madrid: he was told he must be a pastor, but he wants to be an actor.”

After posting about the dog, another couple shared their similar experience with Tizón. They ran into Tizón in the summer and he convinced them to give him two strawberry yogurts, plus some fruit. 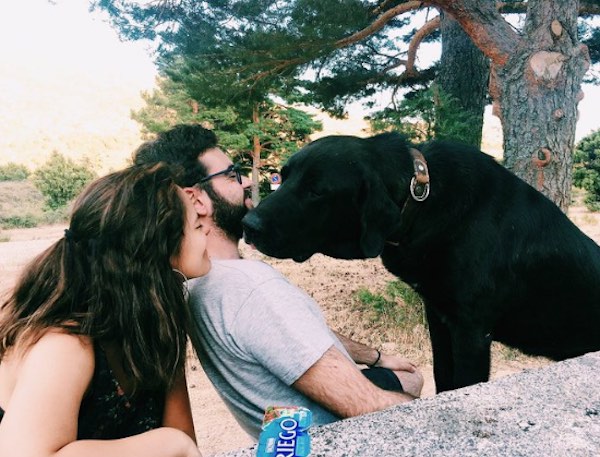 Delgado thinks Tizón’s way of drawing attention is certainly unique, but is heartened by the number of calls police get about him, pointing out that if police are being called so frequently, it means people are not ignoring the sight of a dog who might be hurt. He said, “It’s a good sign of the times, I do believe.”