A dog owner and his dog got a helping hand from a Good Samaritan after they both ended up in an icy river in Russia.

Bun the puppy and her owner were walking by the Fontanka River in Saint Petersburg when Bun accidentally fell over the bridge and into the cold waters below.

The man rushed into the water to save his dog and he almost succeeds, but the freezing river proved too much for him. The man is only feet from safety, but becomes exhausted and appears to be close to going under the water. That’s when some bystanders – and one young man – came to their rescue. 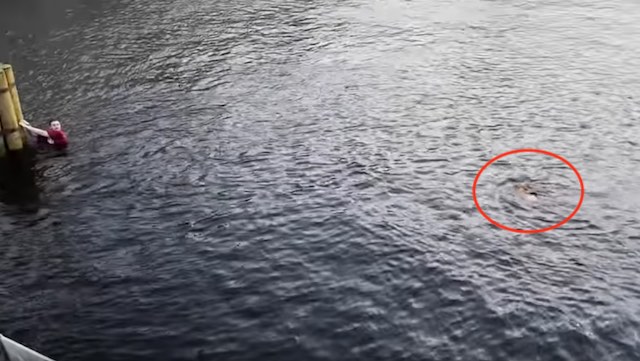 A witness wrote, “A guy saved a dog and its owner from the Fontanka river. It is reported that a puppy named Bun fell from the Gorstkin bridge into the river. The owner of the dog rushed to rescue the puppy from the icy water who was carried by the current to the middle of the river.” 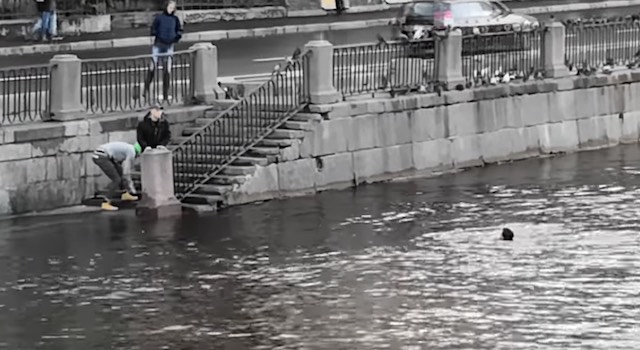 “The man was able to get to the dog, but the icy water was too intense. The man lost his strength and could have drowned but a young, tall guy in a green hat rushed into the water to help him.” 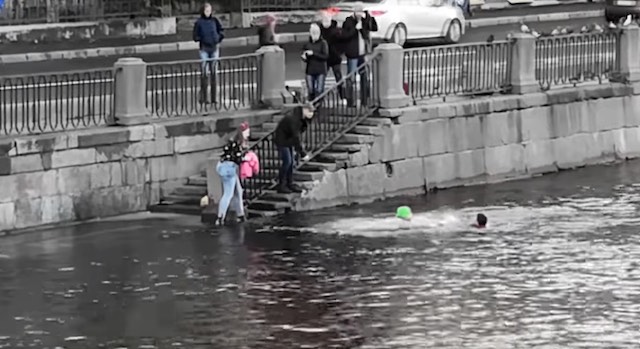 “In the end, both Bun and the man were saved. The owner of the dog, through social media, is looking for his rescuer.”

We hope Bun’s owner finds the Good Samaritan to be able to thank him!

Watch the rescue in the video below.

Friendly Street Dog Found with Trident Speared into Her Skull