A young fox’s private life was revealed to a woman when she kept tabs on what he got up to in her garden. The fox took up residence in Jen’s backyard last March, much to her delight. And this week, he appeared to have a new friend…a girlfriend. 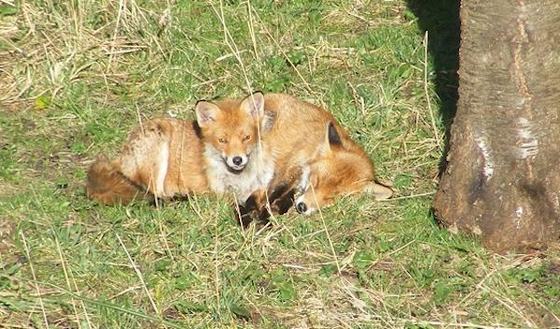 Jen lives in England and said the foxes like their garden probably because all the neighboring properties have dogs and cats. 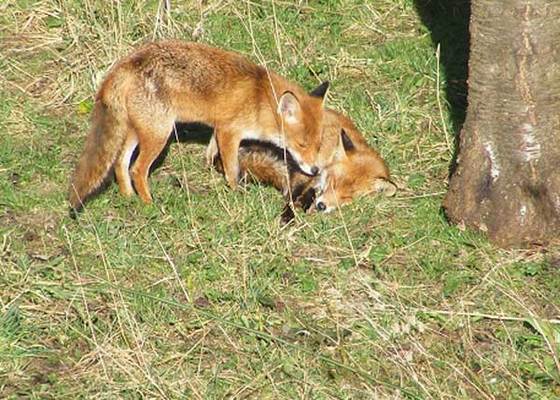 “Fortunately (or unfortunately as I want a cat!) we have neither,” said Jen. “Next door has three cats, and there are numerous huge dogs in neighboring gardens too! There’s a giant Rottweiler next door, two German shepherds on the other side, Staffordshire terriers to the right. We’re the only house without dogs so they probably feel safe!” 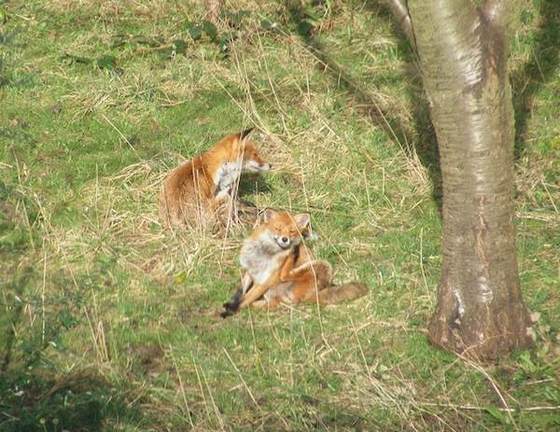 Jen has seen the young male fox mature. “He’s a young fox as we’ve seen him grow. He comes out most days and sunbathes. Our garden is about 200 ft long and enclosed. We leave the bottom of the garden wild. As there’s a pond down there too, we get quite a lot of wildlife around and he lives at the end of it. Hopefully they’ll have a den there!” 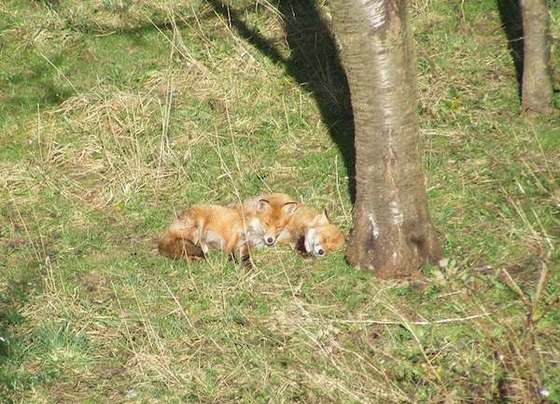 The female companion can be distinguished from the male as she has a slightly narrower face and smaller ears from her new beau. 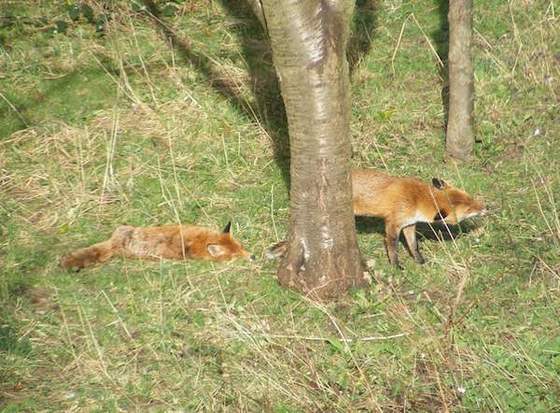 Jen said that the foxes like to play together and as she works from home she was able to take photos of the pair playing together.

“I work from home and keep a camera on the windowsill in my office as he comes out most days, sometimes he comes quite close to the house. 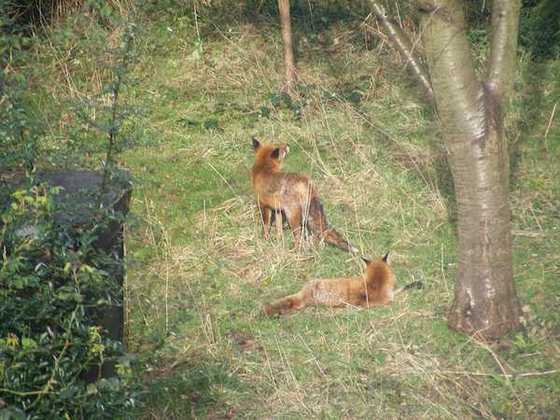 “These pictures were taken about 200ft away. He sometimes come within about 20 or 30ft of the house but runs off if you open the door. I once got close when he was asleep when I needed to go to the shed but he ran away when he woke up.”

Jen does not feed them and does not want them to become reliant or familiar with humans, as it may endanger them. 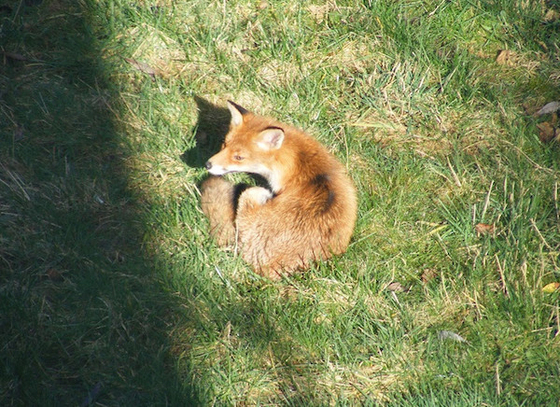 “We’ve left the end of the garden wild with country flowers etc so get a lot of birds/butterflies as well as the foxes and hedgehogs, there were toads/frogs in the pond as well,” wrote Jen. 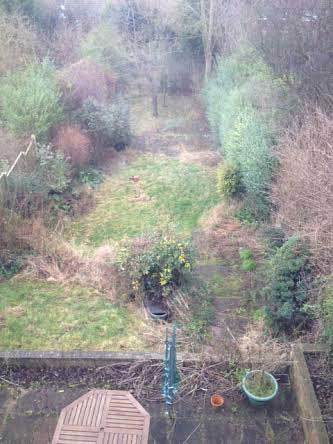 “The pond pic is from when we first moved in, the entire garden was pretty overgrown so it’s not exactly an ornamental pond and has seen better days!”

“I’m glad they run away if I open the door or go into the garden, as not everyone is welcoming of them as I am,” she wrote. “I don’t feed him either for that reason.” 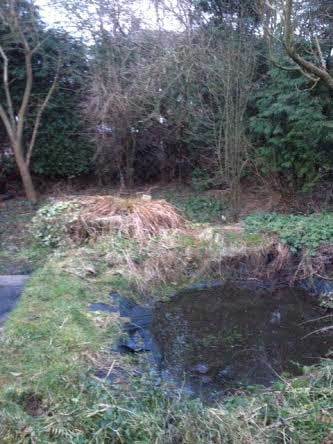 Jen is thrilled the young male fox has found a mate. “I’ll be beyond excited if there are kits!” 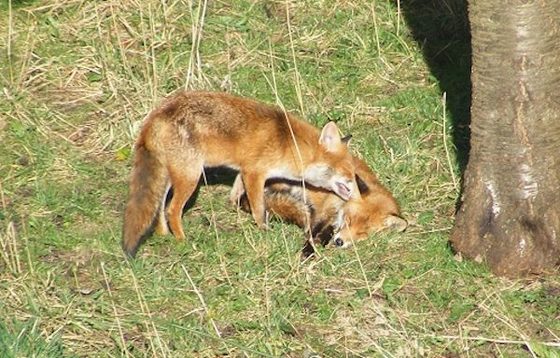 Photos reprinted with permission from Jen. This article appeared on DogHeirs.com originally on February 25, 2014.